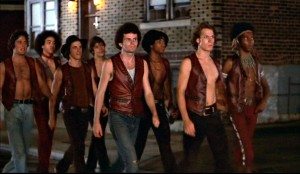 Walter Hill’s eye-opening 1979 documentary, The Warriors, gave many Americans their first glimpse of the real New York. While most folks had seen Macy’s festive balloons travel down and around 34th Street on Thanksgiving, few had been introduced to the youth gangs that — once united under the leadership of Cyrus and the Gramercy Riffs — out numbered New York City’s pigs 3 to 1.

While times may have changed, those youth gangs still hold strong. More so, The Warriors remains as apt a sociological document as it did when it was first released. Before you take your family on a jaunt to the Big Apple, you should watch Walter Hill’s documentary so that you might recognize and appreciate the diverse culture of greater New York City.

The following 10 facts and observations can be gleaned from The Warriors. You’d be hard-pressed to find a more helpful guide to visiting, enjoying, and learning in the five boroughs. 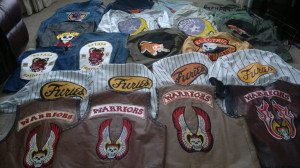 You can buy a gang uniform at any corner store or Comcast service center.

1. While New York may seem a motley, chaotic mixing pot of humanity, the truth is that city inhabitants are highly organized. When a civic leader — such as the late, dearly respected Cyrus of the Gramercy Riffs — calls a public meeting, you can expect youths from all over the city to attend, unstrapped, properly attired, and in uniform numbers. If you happen upon a conclave of this sort, make sure there are no more than nine of you, that you’re sporting your gang’s evocative look, and that you’ve placed your firearms in the nearest trash receptacle or mailbox.

Hint! If your gang doesn’t have a look, try one of these for a quick fix: The Janky Robots, Mystery Sludge, Central Park Hermits, or Maytag Repairmen!

2. Getting around New York city can be confusing, but don’t stress. Even with new services like Über, Lyft, and that one jagoff taxi that will only pick up a 12 year-old Jodie Foster, the subway is still the cleanest, safest, and most direct route between wherever you are and the fire that’s closed down the Tremont station in the Bronx. 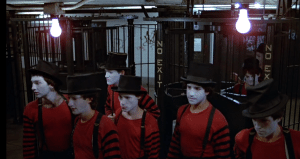 If you run into the mimes — helpful hint — try trapping them in an invisible box.

3. A word on cultural sensitivity: in your pathetic excuse for a metropolitan area, you would probably expect roving bands of adolescent thugs to unite based on tired factors like race. Get with the times. Any self-respecting gang is multi-racial, multi-cultural, and really into dressing up like vicious mimes.

4. Law enforcement officers in New York City may have their hands full corralling Wall Street financiers and U.S. Representatives who like to text photos of their penis to your daughter, but that doesn’t mean you shouldn’t feel safe. In general, there is at least one police hiding behind every I-beam on every subway platform, save the one in Tremont, as that is currently on fire.

5. If you find yourself confronted by the Orphans, don’t stress it. Those guys are lame-o. Just lie and tell them how cool their gang motif is. Then they’ll feel like hard boys, instead of the bunch of half-starved, hygienically-challenged, losers that they are. You can probably strut through their turf and it’ll only cost you a molotov cocktail. 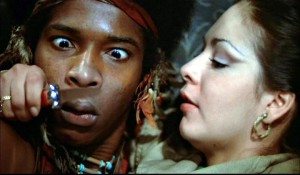 Leave penetration to the professionals.

6. A word about women in New York: unless you are a woman, you should probably steer clear. Most women in New York are either a) lesbians, b) cops, c) going to kill you, or d) so full of self-loathing they aren’t sure whether they should try to get you killed or sleep with you or both.

If you are a woman in New York, the Lizzies know how to party, but they shoot like a bunch of girls.

7. To stay up to date on the latest happenings, try reading the New York Times, the New Yorker, and listening to the radio, where the D.J. will inform all you boppers whom you should be killing at any given moment. While sometimes the D.J. is incorrect, it’s better to be safe than sorry. Just kill everyone and let the Riffs sort it out later.

8. While New York is extremely safe, there are always a few bad apples who will steal candy from late-night, pigtailed newsagents. These types may also express their discontent with the status quo by packing heat when heat is expressly not on the packing list. Keep a sharp eye out, because they will telegraph their unfriendly intentions by passing their weapons openly among them, even if they’re in the middle of the largest collection of unfriendly eye-witnesses ever assembled. Perhaps this is because no one notices a gun in New York, even if its being used from the middle of a crowd to shoot an adored public speaker. 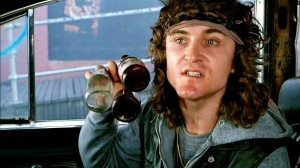 New York is big on recycling. Use your empty bottles as musical instruments of torture.

9. If someone invites you to come out to play, make sure you wear comfortable shoes! It’s going to be a long night of dancing, drinking, and ripping loose pipes off walls.

10. If someone invites you to come out and plaaay-aaaayy, that’s a totally different story. Immediately leave town and never come back. Coney Island is pretty run down these days anyway. You won’t miss anything.

Can you dig it?