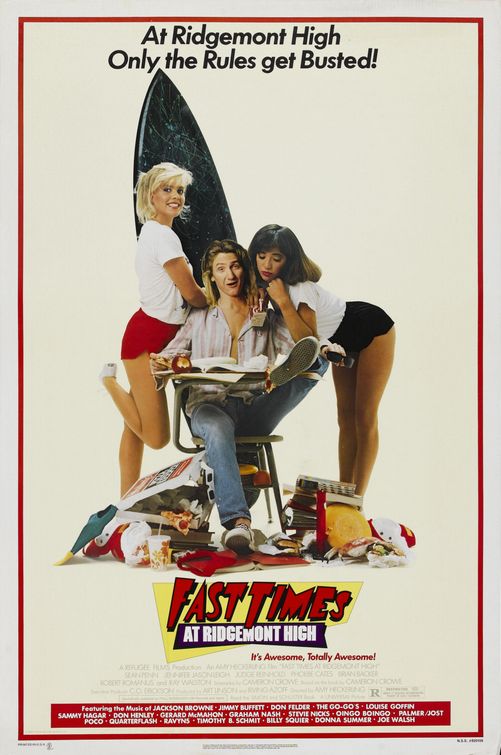 Imagine making a movie set in high school today where one of your main characters is a 15 year old freshman girl who, in the first ten minutes, loses her virginity to a 26 year old guy in a local baseball field dugout, then later on has a 30 second sexual encounter with a high school kid, resulting in her becoming pregnant, followed by her having an abortion. And also, in both scenes, she’s naked on-screen. And it’s a comedy.

Exactly. You can’t imagine it because you’d be taken out behind the Hollywood sign and hanged if you made that movie today. Aren’t older movies supposed to be innocent? Don’t they only allude to what today is shown? Surely we’re more knowing and corrupted and blatantly sexual than we were 30 years ago?

As it turns out, no. We’re a bunch of prudes when it comes to sex. In ’82 Fast Times At Ridgemont High laid out the template for the glut of teen comedies to come over the next decade(s), but did it with the leftover ‘70s vibe of gritty realism.

Look at Judd Apatow’s R-rated Knocked Up from ’07. It’s a comedy about two adults who have sex (with clothes on—no nudity, god forbid) and wind up pregnant. The notion of abortion is alluded to twice, both times with utter horror that it should be so much as considered, and neither time with the actual word ‘abortion’ being spoken. The movie’s got some laughs, but the ‘real’ parts of the story have all the weight of a sit-com.

Fast Times exists as a transitional movie in a transitional period. The grim ‘70s, with its anti-heroes, plotless stories, lack of resolution, hard truths, etc., had come to an end. Star Wars, Superman, Close Encounters of The Third Kind, these were the signs of things to come. Movies were soon to get shinier, goofier, and far more teen-oriented. But we weren’t there yet in ’82. 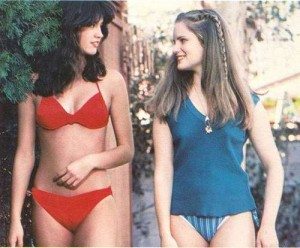 What’s most remarkable about Fast Times is that it works. There’s no  plot and hardly any story. It’s a movie of moments. Each of the main characters has but a tiny arc to their story. The meaning of these arcs is left to the viewer to decipher. Jennifer Jason Leigh’s character Stacy learns that dating a sweet guy is better than having meaningless sex and getting abortions. This is never stated as such, it’s just shown. Nobody flips out about her having the abortion. It’s what she needs to do. Even her older brother takes it as a matter of course, in the same way he takes the fact that at 15 she’s sleeping around. 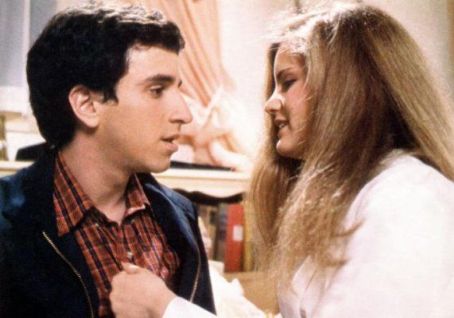 In between the many lame sight gags, jokey stoners and Forest Whitaker destroying an entire football team single-handedly, are scenes that feel completely real. The kids seem like kids, with all their confusion, awkwardness and foolishness. This realism is what Fast Times takes from the ‘70s. Though it’s a comedy, it’s meant to represent what it’s actually like to be in high school. The scene where the dorky Mark Ratner comes home with Stacy couldn’t be more horribly, uncomfortably real. She changes into a robe, sits him on her bed, makes out with him, wants him to screw her, and it’s all suddenly too much for him, so he leaves. Her take? He doesn’t like her. So she goes after his comically suave friend Mike Damone, who gets her pregnant. 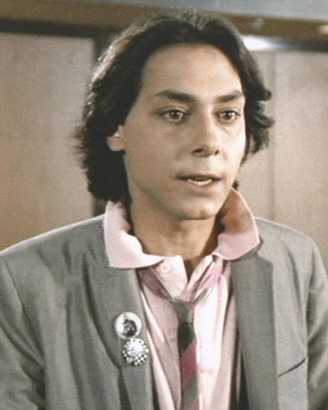 So basically what Fast Times feels like is an ‘80s teen comedy made in the ‘70s. It’s fucking weird, is what I’m getting at. We should give a shout-out to Animal House (’78) for inventing the kind of comedy that allowed Fast Times to exist, but Animal House is set in college in the early ‘60s. Fast Times brought the anarchic, plotless teen thing to high school and set it in the present. Though you youngsters of today might wonder who the hell Pat Benatar is, what ‘switching to Sanka’ could possibly mean, and why an entire classroom of kids sniffs the quiz hand-outs (ask your parents—grandparents?—what a mimeograph is). 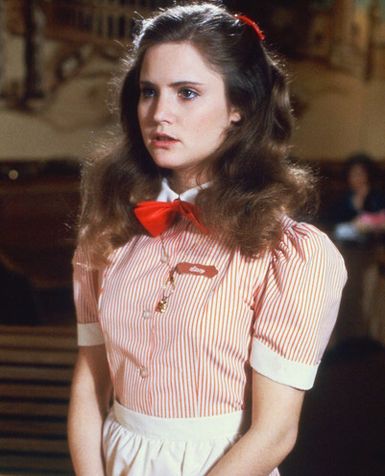 Just look at Jennifer Jason Leigh. She was 19 when Fast Times was shot. She’s a child. She looks like a child. In the scene in the pool house where she seduces Damone, after he finishes in seconds, she lies there, naked, while he dresses and ditches her, and she could not be more vulnerable. No teen movie that followed had anything like this scene. The lesson teen movies took from Fast Times was the structure—i.e., no structure, just follow a bunch of kids around and bring them together at the end in for a dance/party/competition—and the nudity—always flash some boobies—the realism was left far behind.

This mix of wacky comedy and realism is long, long gone in the world of high school movies. You get one or the other nowadays. If it’s a comedy, it’s safe. If it’s real, it’s a gritty indie you want to kill yourself after watching. Even the sexual aspects vanished. By the ‘90s nudity was out. Amy Heckerling, Fast Times’ director, made Clueless in ’95, the complete opposite of Fast Times, fake and manufactured in every way.

I would be remiss if I didn’t also mention Sean Penn’s genuis portrayal of the stoner Spicoli. Has Penn ever been better? Arguably not. Ray Walston is also brilliant as Mr. Hand, the teacher we all had at least one of in high school. Their scenes are the funniest in the movie. And their touching moment together at the end is, somehow, I don’t know why or how, actually touching.

The first few years of the ‘80s were an odd time for movies. If you haven’t seen Fast Times lately, check it out.

5 responses on “Fast Times At Ridgemont High: Weirder Than You Remember”