I saw a beautiful 35mm print of Citizen Kane at the Castro Theatre the other day, hadn’t seen it for many years, and while I realize saying this makes me an unlettered ass-hat, Kane doesn’t really do it for me and never has, which is why I hadn’t seen it for so long. 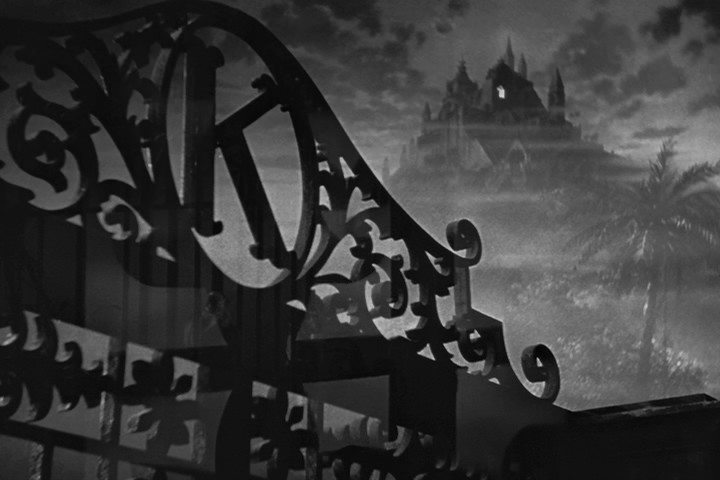 Hold on, put down your pitchforks, don’t set me on fire, I’m not saying it’s bad, fer cryin’ out loud, I’m not recommending you don’t see it if you haven’t seen it, because you have to see it, it’s fucking amazing, this movie, it’s like nothing else ever made. I’m saying that on an emotional level, it moves me not at all.

Technically it’s a wonder. It’s beyond a wonder. Every single frame of this movie is jaw-dropping. The opening montage of shots leading you through the neglected wreckage of Xanadu is enraging it’s so gorgeously dreamy and forlorn. Watch it at home and risk throwing your TV out the window it’ll make you so mad. How dare Welles make something so perfectly gorgeous! And then the lips whispering, the snowglobe breaking, the nurse warped in its glass, it just doesn’t stop. 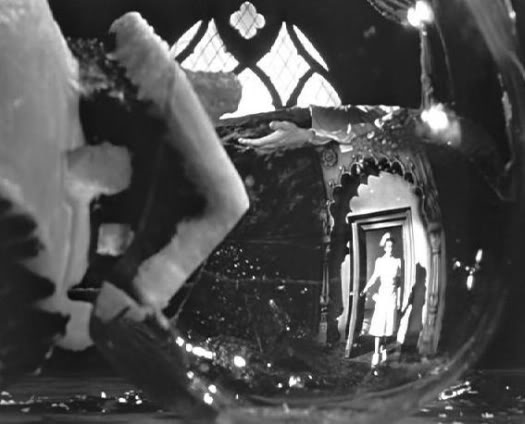 Every shot is like that. His mother, stone-faced, her face filling the screen. A man on a telephone in the foreground, a waiter outside the booth, perfectly framed, and in the background, lit from above, the broken-down singer, drink in hand. The shaft of light illuminating the memoirs. The breakfast montage. Kane dancing and singing with showgirls as he steals away the city’s greatest reporters. The political speech watched from above by the enemy. The vast emptiness of Xanadu. The final zeroing in on the sled, and the black smoke billowing into the sky.

The editing is so carefully crafted you might as well slit your wrists watching it. It’s simply impossible to imagine how Welles and his cinematographer Gregg Toland and editor Robert Wise were able to achieve the painterly look of every shot, and to assure the flow between them. Was there anything else like this in ’41? Not even close. Few filmmakers have ever gone to such lengths of extreme craftsmanship. Watching the movie on the big screen I was fascinated from start to finish. Every frame holds something incredible, down to the tiniest details. 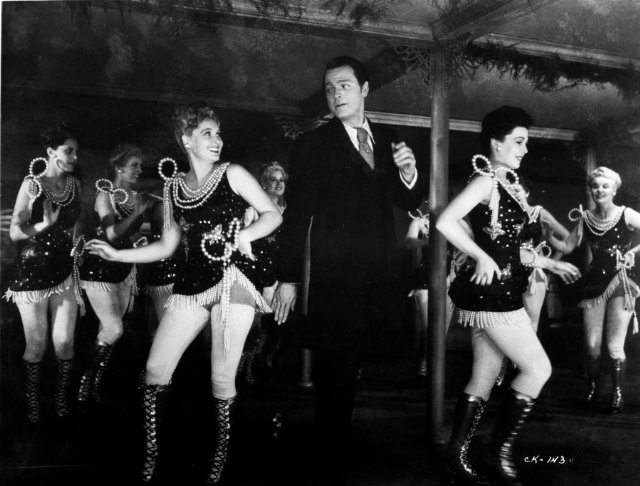 And also, it’s boring. The acting is brilliant across the board. But the characters? Who’s there to care about? Kane is interesting, intellectually. The brash, idealistic youngster turning into the very thing he despises, a crazy rich son of a bitch entirely isolated from the rest of humanity. But there’s no way to feel for him. He’s held at a safe distance for our scrutiny, like an insect pinned in a display case. The business with the sled is without a doubt perfect and intelligent and symbolic, the movie could have no better ending, yet it still fails to lend any retrospective depth to Kane’s story. It makes for a wistfully meloncholy end, a piteous end, it couldn’t end any better. And yet… 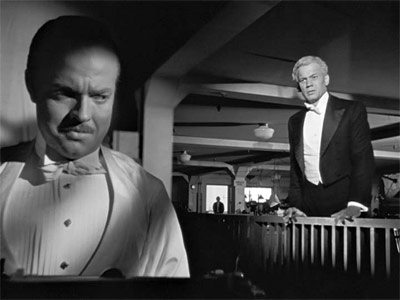 The movie opens with Kane’s death, after which we get a long newsreel summarizing his life. So there are no surprises to come, aside from the one promised: to learn who/what Rosebud is. It’s a nice attempt to give the story some forward motion through the unraveling of a mystery, but it doesn’t accomplish much in the going. It’s all about the reveal at the end. Meanwhile we get a brilliantly written and executed life history told in overlapping flashbacks that zigzag back and forth through time, until finally settling into a long stretch leading to Kane’s demise. 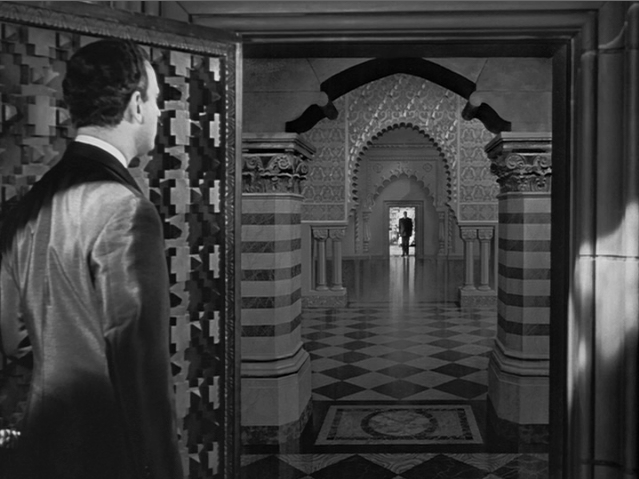 And that’s all fine, dammit! It’s all good and fine–and I don’t care! It’s a technical tour de force without a soul. People bitch about Kubrick being all technician with no heart, but those people are boneheads. Kubrick’s movies simmer with emotion. Not so Citizen Kane. It’s like the world’s greatest student film, the most astounding show-offy display of cinematic genius of all time. And it is genius on display! A heartless, unfeeling genius. 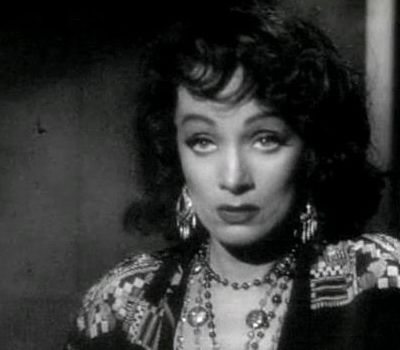 Marlene Dietrich in Touch of Evil

My favorite Welles movie is A Touch of Evil. Even with Charlton Heston playing a Mexican I love it more. It’s so ripe with passion and fire it makes Kane look stiff as cardboard in comparison. Movies should make you feel something. Being awed at their craft when awe-inspiring craft is present is wonderful, but if it’s the only thing a movie’s got going for it, it’s going to be boring. It’s going to be at least another 20 years before I watch Citizen Kane again. Long enough to forget exactly why it’s been so long. In the meantime, it’s time I re-watched  The Lady From Shanghai… 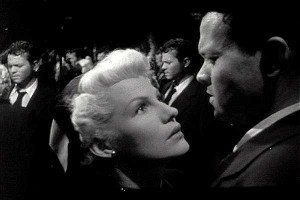