I’ve been thinking lately about nuance. About shades of grey. 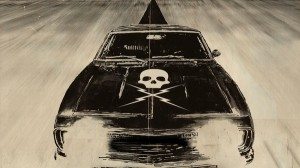 It started with a comment-tiff I had with folks over at Bad Ass Digest.  I suggested an alternative viewpoint to “everything Quentin Tarantino ever made is a masterpiece” and that wasn’t warmly received. Honestly, I should have known better. More and more people are personally identifying with the things they like.

It isn’t enough to like the Twilight movies, for example, one needs to be a Twihard and get a face tattoo or something.

As a true fan—now part of your identity like religious beliefs or sexual preference—you can brook no dissent without seeing it as a personal attack. You’ve been branded, in both senses of the word.

In this case, even in response to an article about QT himself bagging on Death Proof and calling it the least of his films, commenters felt the need to squelch any criticism. As if admitting the man wasn’t perfect would in some way tarnish the world.

To wit: I love many directors who have made some pretty bad films. Take, for example, David O. Russell.

Of his six features, I think two are great and one is worth a look. To me, that’s an incredible record. If he was a baseball player, he’d be well pleased. 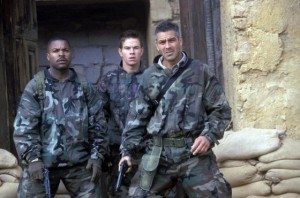 Three Kings was and is a great film; engaging, articulate, nuanced, and enjoyable. Flirting with Disaster walks a fine line of delicately pitched awkward comedy. It also manages to make Ben Stiller enjoyable to watch, no small feat as far as I’m concerned. And then there’s Silver Linings Playbook.

On the one hand, Russell’s latest was treacly and trite and Hollywood. And yet, on the other, the performances in it have stuck with me in a powerful way. They’ve made me look at myself and those around me with a revived fascination.

So does that make it a good movie? I can’t really say. It’s shades of grey. 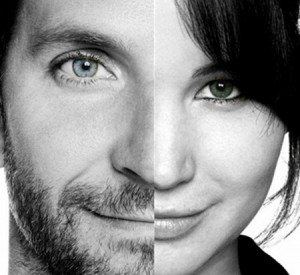 As subject matter, mental illness proves awfully tempting to awards seekers. It’s a challenge to see a film like Silver Linings Playbook without at least a twinge of trepidation. Will we see scenery eating? Is the subject treated as a big joke? In fact, I ended up preceding an elderly couple into this screening while they nervously wondered whether the film would be a comedy. They, I overheard, had family experience with mental illness.

On that score, David O. Russell comes through. At no point in watching Silver Linings Playbook did I find myself laughing at the characters played by Bradley Cooper or Jennifer Lawrence. I didn’t laugh at the supporting cast—including Chris Tucker and Robert DeNiro—either. (or at Jackie Weaver or Shea Whigham. No dead spots in this cast.) Each character, mentally ill or not, is played as an actually, honest-to-god human being. 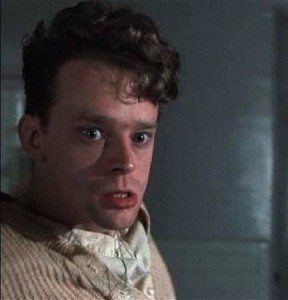 Watching Cooper’s Pat and Lawrence’s Tiffany try to work through their serious issues, I was reminded of Billy Bibbit—played by Brad Dourif in One Flew Over the Cuckoo’s Nest. Here are characters with problems, but that doesn’t dilute their humanity or trivialize their struggle. When they gain or lose, anyone with empathy feels it.

Alas, in Silver Linings Playbook, these real characters travel from a world I recognize as authentic to one full of silver linings so solid they’d weigh down the clouds. Coincidence and catharsis swamp the story, undercutting the solid acting with implausible scenarios. Magical dream-come-true time doesn’t happen to real people often, particularly if those people are suffering from serious mental illness. In the end, Silver Linings Playbook felt as if you lifted Dustin Hoffman out of Midnight Cowboy and stuck him in an episode of Three’s Company. He’d do his best with the situation as writ, but some pieces won’t fit no matter how you force them.

But that doesn’t make Silver Linings a bad film. Even with the hackneyed plot, these characters—and the delicacy with which they’re played—are worth watching. It’s no surprise that Jennifer Lawrence is good if you saw Winter’s Bone. Bradley Cooper, though, here finally steps up to the big league. I have no idea how difficult it is to portray a man who does crazy things—diagnosable as insane—without alienating your audience or turning your character into a joke. 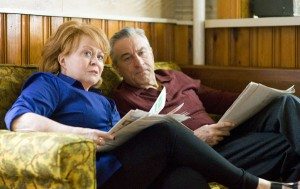 DeNiro also shows a return to form after over a decade of phoning it in. His turn as Pat Sr. serves as a touchstone. In this role we see a man who’s just slightly crazier than most of us. His mental illness is garden variety and reminds us—or me at least—how close we are all to really losing our grip.

So: nuance. Not all good. Not all bad. Cloudy with a silver lining.

I came away from the film not much caring for it, not feeling engaged by it, and yet unable to stop thinking about it. You can decide for yourself if that makes it worth seeing or not.