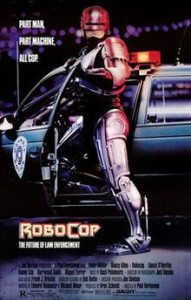 Paul Verhoeven’s RoboCop is a nasty film. This is why we love it. It’s full of pain and obscenity and oozing corruption. It’s the sort of story wherein the hero is a cyborg that barely even recognizes his own identity. Meaning, in a world where everything is for sale and empathy is vacant, it is a gross corporate product that forces us to clutch for our dwindling humanity — with bullets.

Let that be a warning to you Google. Soon your fancy-ass glasses will go rogue and start Rickrollin’ you during important presentations. It is inevitable.

One thing that was missing from Verhoeven’s dystopian tale, though, was a lot of CGI crap and a ton of family time and a bunch of famous faces doing a zombie stroll through lousy bit parts. Wouldn’t Verhoeven’s RoboCop have been better if we got to ogle Mrs. RoboCop’s tits in a tight sweater and got to know little Jimmy RoboCop too? Maybe take him to the zoo, in case we happened to forget that RoboCop was a human under his permanent batsuit?

I mean, leaving aside for a moment that the titular hero’s humanity being subsumed by and overcoming technology is the whole point of the film in the first place.

You have 20 seconds to STFU

And wouldn’t the original tale be better if the machines and technology were somehow glossier and less weighty, like if they were all digital effects? Personally, I think this would be indubitably true specifically in the case of ED-209. You remember ED-209, the bipedal enforcement droid which senior executive Dick Jones developed in competition with the RoboCop program? Wouldn’t ED-209 look better if it was just a nice, fancy computer generated effect that shot lasers out of its butt hole? 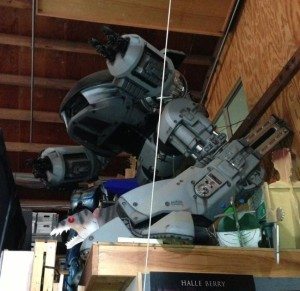 Do not be confused by the title. This is ED-209, not Halle Berry. I think.

No? Maybe you’re right. I’ve seen the actual ED-209 prop (life size!) at Tippet Studios in Berkeley, California and it is pretty damn scary even in storage.

I would comply if it asked me to.

Anyway, maybe you’ve heard, but José Padilha is helming a remake of Verhoeven’s original film. It’s coming out in 2014 and the trailer is just out! Hooray! We will get to see how this latest remake of a beloved sci-fi property turns out. 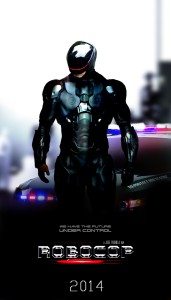 In order to celebrate this gang rape of one of my favorite films, which replaces a trophy wall of brilliant character actor performances (Miguel Ferrer, Dan O’Herlihy, Nancy Allen, Ronny Cox, Ray Wise, Kurtwood Smith…) and practical effects with the ‘where’s my check’ crowd (Michael Keaton, Abbie Cornish, Gary Oldman, Samuel L. Jackson and… Miguel Ferrer!) plus a bunch of teflon-coated digital crap we are testing out a brand new product.

Created by StandByForMindControl future contributor Jason Kohn and (we assume) other people, FrameBuzz lets you add comments directly over videos. Using advanced drone technology, you actually pilot tiny micro-machines which etch words into the faces of actors and onto the sides of sets using extremely sharp blades. If it’s a digital film, then the commenting is done using lasers and magnets of course.

We’re sort of guessing. This isn’t our field.

In any case, you can watch the trailer for the 2014 remake version of RoboCop and see what we have to snark about it. Then, OHMYGOD, you can add your own comments directly to the video. Perhaps if enough of you add comments the movie will be completely covered with FrameBuzz graffiti and they will just forget about ever showing it in theaters? 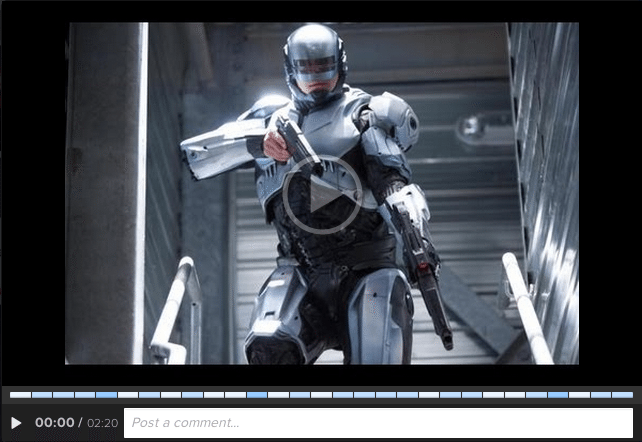 4 responses on “In Which We Deface RoboCop with FrameBuzz Graffiti”