The problem with documentary titles these days is they eliminate space to write witty headings for posts like this one. What happened to the good old days of Grey Gardens and Sherman’s March and The Thin Blue Line? Now everything’s like Bananas: The Not At All Boring Story of How The Yellowish Fruit With The Slip And Slide Peel We’ve Grown To Love Changed The Course of 20th Century History For The Betterment of Humankind And Spiders Alike.

Meanwhile, did you grow up in the ‘80s? If you did, you knew Cannon Films. When before a trailer there appeared this logo— 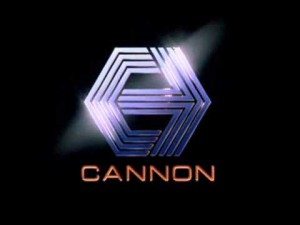 The mark of quality

—you knew you were about to see something profoundly trashy. Cannon, as run by Menahem Golan and Yoram Globus, was one of the most absurd production companies in the history of the movies. They cranked out more than 40 movies a year in the ‘80s, or more than 50, or more than 80 depending on whom you ask, and many, many people are asked this question and others during this doc. 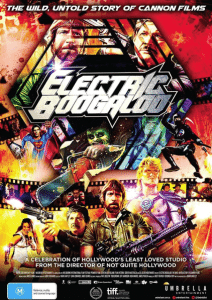 Like many a doc these days, Electric Boogaloo: The Wild, Untold Story of Cannon Films consists of very snappily edited clips of people telling the history of the company. This whole fast editing thing gets a little tiresome, I find, but who today wants to hear a person speak more than a single sentence at a time? Better to have one person start a sentence, the next person finish it, and cut to a third laughing at it, followed by scenes of naked ladies swordfighting.

I don’t know if Electric Boogaloo is yet rated, but it’s definitely going to get an R for all of the titties on display. Director Mark Hartley isn’t shy about showing what Cannon Films was known for. They were known for trash.

Cannon was known for trash prior to the ‘80s, but they were a little company then. In the late ‘70s they were bought out by two Israeli cousins, Golan and Globus. Golan was the mad dreamer and the director. He’d been making movies in Israel for years, both directing and producing, but he had a lifelong dream: to succeed in Hollywood. His cousin, Globus, was likewise obsessed with movies, but he was the businessman of the two. They complemented each other well. 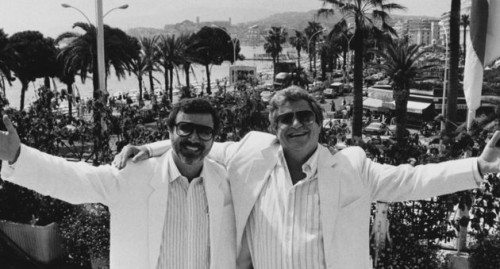 So they came to Hollywood with the intention of conquering it. Right off the bat they knew how to wheel and deal, but they never quite fit into the Hollywood scene. No one invited them to the cool parties. Some of the interviewees suggest that racism was the reason for this, but I’m going to call bullshit on that. There are two reasons Golan and Globus were kept on the outside: money and respectability. Their movies, though at times profitable, were small potatoes, and as for respectability? No one made more trash than these two guys.

One of the interviewees is a former exec at MGM, who gave Cannon a distribution deal for a few years. But as the guy says bluntly over and over again, everything Cannon gave them to distribute was shit, so MGM ended the deal.

Golan began his time with Cannon by directing his magnum opus, the movie he thought would bring him fame, fortune, and respect: The Apple, a sci-fi/religious musical so completely bugfuck nutso you won’t believe it exists. I mean while you’re watching it, you won’t believe it. You will deny what your own eyes tell you they’re watching. No one, sane or otherwise, would possibly make The Apple.

All this, and so much more

So what was Golan? Sane? Insane? The interviewees all seem to settle on something simpler. As much as Golan and Globus loved Hollywood movies, they never quite understood them. Theirs was an outsider’s perspective on American movie culture, and try as they might to imitate it, what they produced always looked like an imitation.

They signed up the “two Chucks” for awhile, Chuck Norris and Charles Bronson, jump-starting Norris’s movie career as an action hero, and putting the last nails in the coffin of Bronson’s career as whatever the fuck Bronson was doing in those days. Mostly machine gunning street thugs in progressively godawful Death Wish sequels. 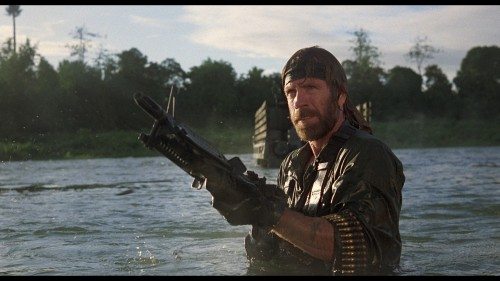 Their method of financing films was first to create posters for movies yet to be written, and to sell foreign rights to those “movies.” Whichever ones they got enough money for, they’d make. You can begin to imagine why the quality of the films they made was what it was. 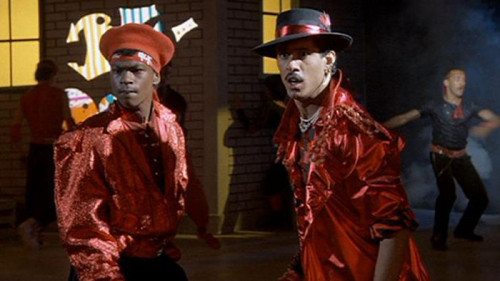 Breakdancers in their natural habitat

Still, they craved respectability, and every now and then signed up notable filmmakers and let them do whatever the hell they wanted. This resulted in some interesting movies, perhaps best of all being Konchalovsky’s Runaway Train, starring John Voight and based on a screenplay by Akira Kurosawa. It’s one of the best action movies of the ‘80s, and is no doubt not as well known as it should be because, at the time, it was sniffily ignored for being a Cannon film.

They also produced Neil Jordan’s Little Red Riding Hood/werewolves movie, In The Company of Wolves, John Cassavetes’s Love Streams, Reggio’s Powaqqatsi, and a trio of movies by Tobe Hooper, Lifeforce, Invaders From Mars, and The Texas Chainsaw Massacre 2, all three of which were just really odd and unsuccessful (yet strange and compelling in their own way).

In the end, Golan/Globus went against their own proven methods—never spending crazy money on any movies, making a bunch of them, hitting big enough often enough to keep it all going—and spent a fortune (for them) on some high profile flops, most notably the toy-based Masters of The Universe, Sylvester Stallone’s Over The Top, and the abominable Superman IV. 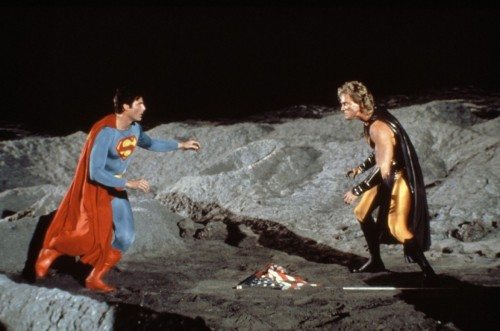 Had they slowed down, maybe spent a little time and money on developing one quality picture rather than rushing headlong into piece of crap after piece of crap, they might have held on. They did not hold on. Cannon went under.

As a doc, Electric Boogaloo is pretty standard in its form, but entertaining for its subject matter. Just watching clips of Golan/Globus productions makes it worthwhile. In fact I have to question the logic of so many talking heads in the movie. Why show people talking so often? Yes, many brief clips are shown, but why not make a doc consisting almost solely of movie clips? With voices overlaying them? Trailers for Golan/Globus movies are far better than the movies themselves. A doc consisting of nothing but creatively edited clips from their movies would be stupendous.

I saw Electric Boogaloo at the SF International Film Festival. I’m not sure how you can see it. But surely it’ll turn up somewhere, somehow, and you too may ogle the soft, fleshy underbelly of ‘80s cinema. 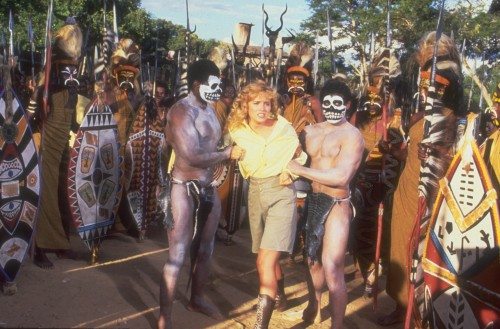