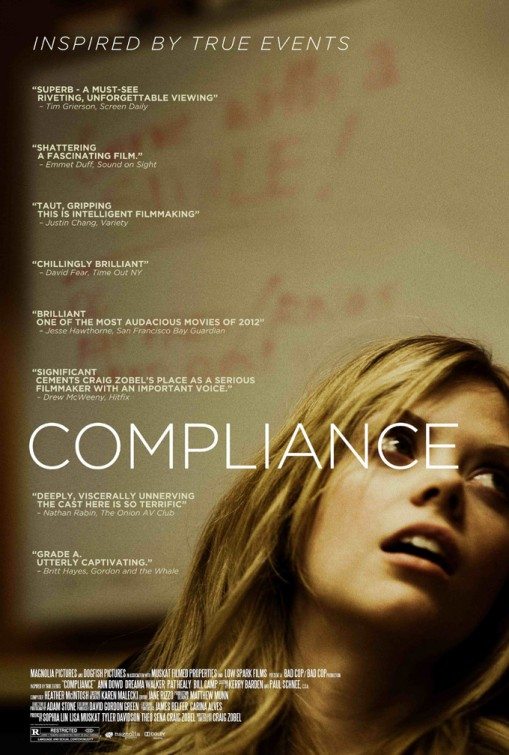 Compliance, opening today, is one of the most disturbing movies I’ve ever sat through. I’ve never felt more uncomfortably ill watching anything, and I’ve seen everything directed by Kevin Costner. Early on a knot formed in my stomach and never left. Even once the movie ended the knot stayed as I thought over what I’d seen. There is no gore in the movie, no murders, nothing visually shocking in any way whatsoever. It’s a movie about obeying authority, and the repulsion comes from watching average people doing progressively more digressive and ultimately evil things. During the screening I saw at the San Francisco International Film Festival, people walked out of the movie throughout, in ones and twos, not because of any event in any particular scene, but because the accumulation of tension and discomfort was too much to take. I identified with every walk-out. I felt their pain.

Compliance is director Craig Zobel’s second feature. It’s based specifically on an incident that took place at a McDonald’s in Kentucky in ’01, and generally on a string of over 70 similar incidents that took place at fast food restaurants across the country over a ten year span. Which when you watch this movie and think about that, it becomes more disturbing still. What happens in the movie, what happened at that McDonald’s, what these people did, is not an aberration.

And what happened at that McDonald’s? A man claiming to be a police officer called up, asked for the manager, said an employee, young and female, was suspected of stealing, had the manager bring her into a back room, and then, slowly and insistently, got the manager and others to engage in increasingly indecent actions, starting with a search of the employee’s purse and clothing, then a strip search, leading eventually to sexual assault. All of it was captured on the security camera.

As every review notes, it brings to mind the ’60s experiments of Stanley Milgram, where he had students administer increasingly powerful electric shocks to unseen, screaming subjects. Only there were no shocks, and the screams were on tape. The point was to see how far the shock-givers would go based on the say-so of authority. Many went very far. Milgram’s purpose was see if obeying authority could explain the behavior of Nazis in WWII. 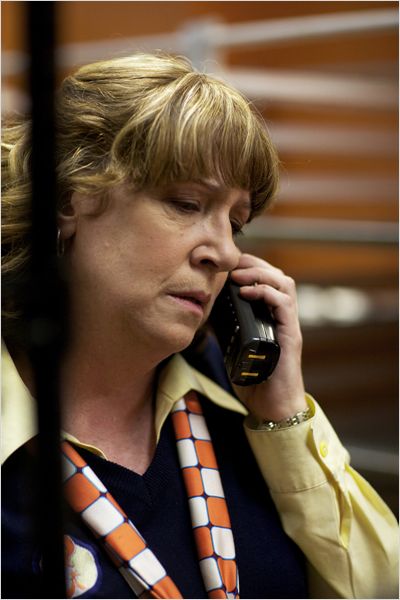 Compliance takes place almost entirely in the backroom of a faux fast food restaurant, ChickWich, and consists almost entirely of a man on the phone talking to employees. The movie aims to show how this could happen, step by excrutiating step, which it does, excrutiatingly. All you can think watching it is, “No! Stop! That is so wrong. Please, no, are you fucking insane?” You have to keep reminding yourself that this really happened, not once, but over and over again. People will turn their brains off when an authority is there to tell them what must be done.

The central characters are the employee, Becky, played by Dreama Walker, and her manager, Sandra, played by Ann Dowd. Both give great performances, particularly Dowd, whose harried manager is overworked, stressed out, and simply wants to do what’s necessary to take care of this problem as quickly and efficiently as possible. If the nice policeman on the phone wants her to strip Becky naked to see if she’s hiding stolen money, then that’s what she’ll do. After all, as the cop tells her, it could save his coming down there and dragging Becky off to the police station. 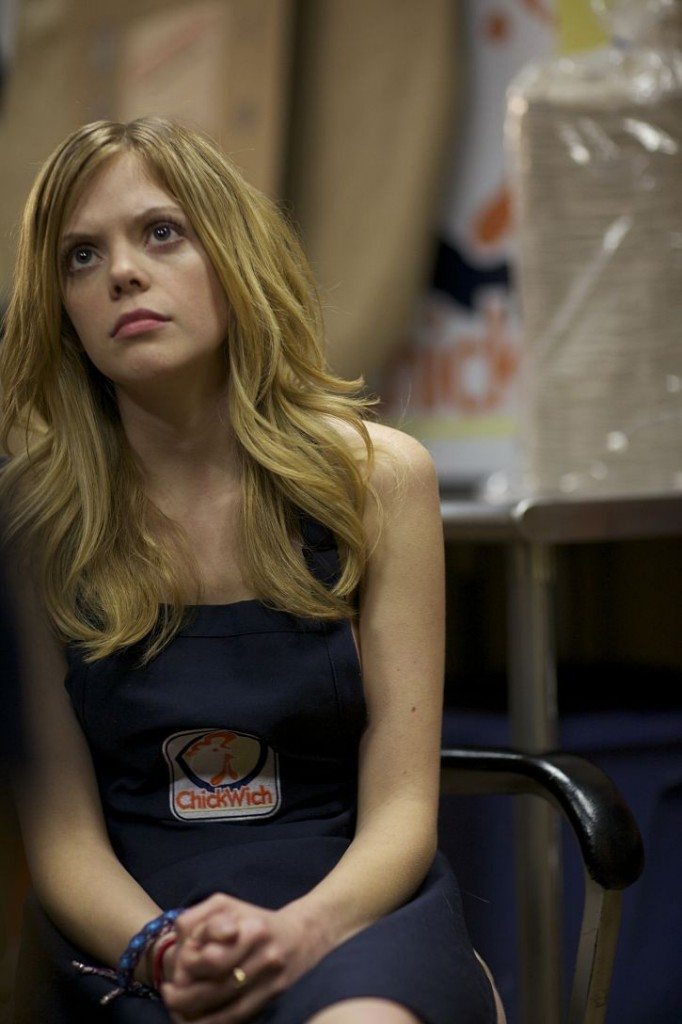 Walker does a fine job walking the line between finding what’s happening completely unbelieveable, and succombing just like everyone else to the man she believes is a police officer. At a certain point she clearly gives up all hope of objecting to anything. She sees she has no choice, that she and everyone else will do what they’re told, and once they have, she’ll be free to go. All she wants is for it to be over with. Watching this transformation in her attitude as she is systematically violated is simply appalling in every way.

I am not recommending this movie, by the way. I don’t even know if I’d call it “good.” It does what it sets out to do, and it does it very well. But there is nothing enjoyable about the experience of watching it. It hurts to sit through. It recreates what must have happened, more or less, line by line. No moment is skipped over. It’s so weird and awful Zobel has no choice but to show each step of the process. Which makes for a very strange viewing experience.

The movie premiered at Sundance back in January, where it was booed by some. At a post-screening Q&A Zobel and the actors were accused of making an exploitation film. Which you can understand why. I felt more sick to my stomach watching this than I ever did watching a Sandra Bullock movie, and that’s saying a lot. But it’s not exploitation. Not even close. Considering the material, I don’t see how Zobel could have made it any more respectfully reserved. Becky is stripped naked, but what  little nudity is shown is there to emphasize her helplessness. The final indecency at the end of the film is not shown at all, but implied off-camera. 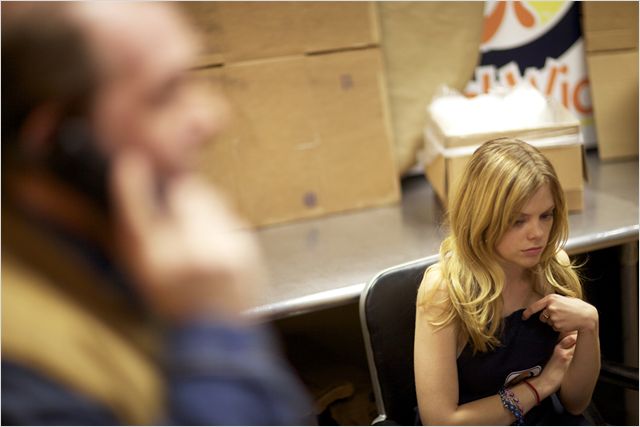 The purpose of the movie is show us what we’re capable of once we allow an authority figure to make decisions for us. Which it succeeds in. Hugely. Does it indict us, too? Is that why the accusations of exploitation? Does it give the audience a kind of thrill and then tell us we’re bad for thrilling to such horrors? No, actually. This movie isn’t Haneke’s Funny Games (’97) or Belvaux’s Man Bites Dog (’92) or Stone’s Natural Born Killers (’94), movies whose purpose is to both thrill moviegoers with repellent characters committing atrocities and at the same time scold them for being thrilled. Those movies always fail. Haneke’s is the most successful (at least the original German version is), because he uses very simple tricks to clue you into what’s going on and what he’s up to, but in the end the movie is still empty. The only way to enjoy it is to get off on the very thing the movie is telling you you’re an asshole for getting off on. 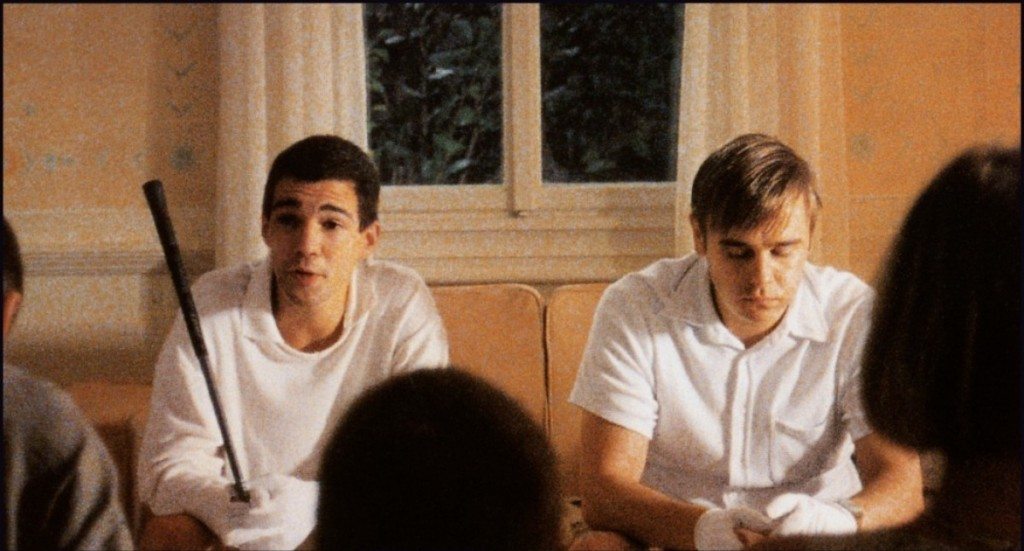 Compliance doesn’t do this at all. It’s not scolding you for enjoying what’s happening to Becky, because what’s happening is fucking awful, and you feel sick sitting there watching it. What it’s doing is saying, “Guess what. You think you’re so special? You think you wouldn’t do this? Think again.” We the audience aren’t complicit in enjoying what’s happening on a movie screen in that voyeuristic way we’re allowed to enjoy horrible things on movie screens, however twisted or demented. We’re complicit literally in doing to Becky what Sandra, her fiancé, and the other employees do to her. We’re complicit in having the same human deficiences as the people on-screen. There’s nothing enjoyable about that realization, not in the least. 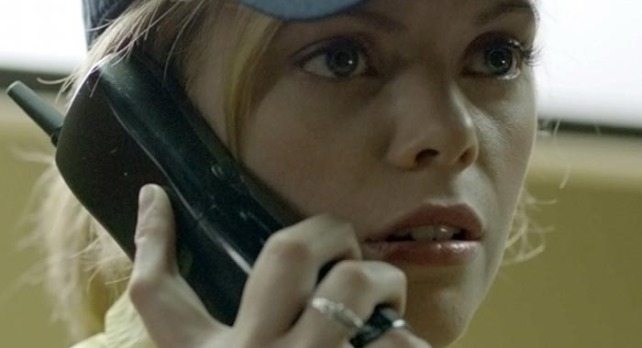 So you have been warned. There are ways in which this movie is worth watching. It is, as I said, more disturbing than anything I’ve ever seen, in a way entirely unexploitative. For that, I must applaud it. I want movies to be about something and to mean something. But I did not enjoy this at all. Afterwards I wanted to curl up in a corner with a blanket and rock back and forth for a couple of days. If that sounds like your cup of tea, go for it.

One response on “Compliance Will Mess You Up But Good”