Step right up, ladies and gentlemen, don’t be bashful. Have I got a deal for you!

This week only, if you act now, you can watch not one, not one and a half, but two full feature films for the low, low price of you already paid for it. Both streaming on Netflix today only! Tomorrow only! Until they’re taken off Netflix streaming only! Some fine print may apply.

Both of these films, excellent investments by the way, are all about living the American dream, which is a pretty shitty and selfish thing if you think about it. If you watch these movies and feel you haven’t gotten your money’s worth, feel free to return them both for a full refund. Some fine print may apply.

No returns no exchanges.

David Mamet’s skull-crunching script drives this cast of men, and most of them to despair. Sales? It’s a tough racket, even if you’re one of the best actors alive—Alec Baldwin, Kevin Spacey, Jack Lemmon, Ed Harris, Al Pacino, Alan Arkin, and others walk the boards here. 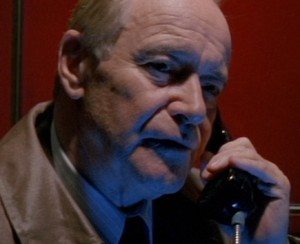 What’s the story? The story is as simple as ABC: Always. Be. Closing. If you’re a salesman, and you’re glad you’re not, you’ve got to transform leads into sales so you can earn your commission. Otherwise, you’re fired. And most of you are fired.

In Glengarry Glen Ross, Kevin Spacey runs an underperforming office full of loser real estate salesmen. The big boys downtown lean on them, via Alec Baldwin and his brass balls. Have fun surviving in the crucible.

Now that you know how rough it is to sell, it’s time you considered how swell it is to be a buyer.

Margin Call isn’t Glengarry Glen Ross, but we can’t all be Mamet. This film is, however, more timely and fairly fascinating sociologically. How exactly does a bank like Lehman Brothers (on which this script is based) go from top dog to dog turd in one day of trading? Sales! It’s a tough racket. 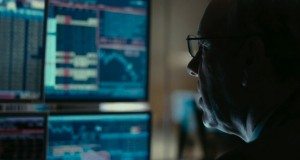 Again, we’ve got a great cast trying to squeeze water from a stone. Welcome back Kevin Spacey as a miserable mid-level manager, this time in charge of the poor saps who spot the oncoming financial iceberg, way too late to save the Titanic. Zachary Quinto, Paul Bettany, Simon Baker, Demi Moore, Stanley Tucci, and Jeremy Irons all debate going down with the ship or scalping their tickets. Guess which option they choose? Oh wait. You own property in Florida? I guess you know then.

They don’t mean to take you for all you’re worth, honest. It’s just everybody needs money. That’s why they call it money.

Please send me some money. And a pony.

Next week, in gratitude for all the money you’re sending me, we’ll thank you by forcing you to watch happy films like Babe and Singing in the Rain.

Some fine print may apply.