As is so often the case with the great ideas of science fiction, H.G. Wells got there first. His 1896 book The Island of Dr. Moreau features animal vivisection and what we’d think of today as genetic engineering, though Wells didn’t call it that in his day. The book tells the story of a shipwrecked man brought to an island where a brilliant yet mad scientist (can we thank Wells for this trope too?) has created all kinds of part human/part animal creatures for reasons that escape me at present. General unpleasantness ensues.

The book has been made into a number of movies over the years, the most famous of which starts off this week’s double bill: 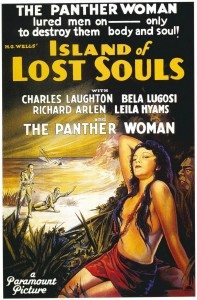 Charles Laughton stars as the mad scientist Moreau, with Bela Lugosi as the leader of the half men/half animals. It may be a very old movie, but it’s weirder, creepier and better than any version that followed. There aren’t any fancy special effects, just make-up and hair to create the creatures, and it’s enough to be deeply unsettling. They achieve a feeling of ‘wrong’ perfectly. The one woman on the island, Luta, is part panther. Moreau explains that he created her to see if she could love. Sure she can. She can fall for our hero. But will our hero fall for the panther woman? And will one of them die horribly?

The scenes of Lugosi, known as The Sayer of The Law, asking his fellow creatures, “What is the law? Are we not men?” and so on, gave inspiration both to Devo, who named their first album Are We Not Men? We are Devo!, and Oingo Boingo, whose song “No Spill Blood” is all references to the movie.

Island of Lost Souls is a weird classic right up there with Freaks, which came out the same year. Huh. 1932, year of the weird. And in ’33 we got King Kong. Great era for fantastical movies, it would seem. 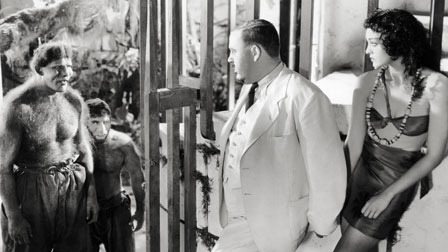 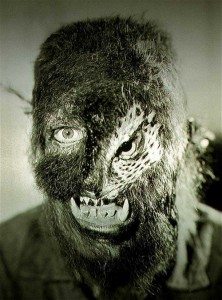 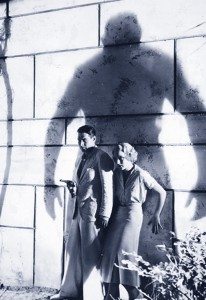 This is one of those very old yet perfectly demented and enjoyable movies you need to see. And once you’ve seen it, it’s time to reward yourselves with the other notable version of this story: 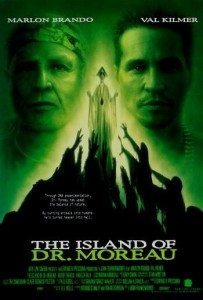 A while back I discussed the immense joy of watching sincerely awful movies. John Frankenheimer’s version of Wells’s book is a perfect example. If it weren’t for the directorial output of Kevin Costner, it would be the very epitome of all that is miraculously, brilliantly, monstrously wretched. It is simply one of the worst things ever in every way possible, and you can’t tear your eyes away, and you will try, oh yes, how you will try.

Playing Dr. Moreau is Marlon Brando himself, who is clearly insane. Brando, not the character. And appearing with Brando in every scene is actor Nelson De La Rosa, known as the smallest man in the world at 28 inches tall. He dresses identically to Brando, and essentially plays his bizarro-world mirror image. I swear when I first saw this movie I thought he was an animatronic puppet. Reports from the set suggest he and Brando became close friends. Remember Mini-Me from the Austin Powers movies? This is where the idea came from. 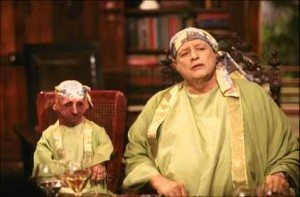 Every other report from the set was of complete and utter disaster. Val Kilmer stars as Moreau’s assistant and everyone loathed him. Frankenheimer, brought in a week after filming began once Kilmer got the original director canned, hated him most of all. The only reason anyone wanted to work on the movie was because Brando was in it. And hey, when has Brando ever made a bad movie? 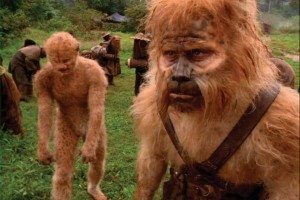 It was rewritten over and over again, and then again during filming. David Thewlis, brought in late to replace Rob Morrow, who quit, rewrote his character and improvised scenes with Brando. Brando, not wanting to memorize lines that kept changing, had a radio transmitter in his ear so his lines could be read to him.

So I know, it sounds fantastic, right? It is. Trust me. Late in the movie there’s a scene where Kilmer does an impression of Brando you won’t believe. You may have to watch it a few times just to be sure. 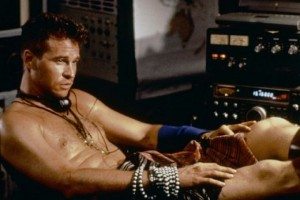 If you’re really feeling inspired, I suggest reading the Wells books first, then watching the movies. But even without the book, this double bill kills.

7 responses on “Mind Control Double Feature #7: What Is The Law?”