Looking for something good to watch on Netflix streaming? We recommend… 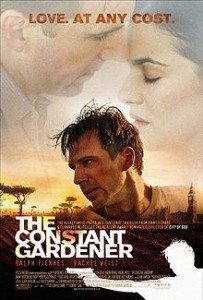 Over half of LeCarré’s books have been made into movies, TV serials, radio plays, and Christmas sweaters. These productions range from the excellent to the lumpy and turgid. (At all costs, avoid The Russia House.)

The Constant Gardener is definitely one of the good ones.

If you saw the recent remake of Tinker, Tailor, Soldier, Spy, you have some sense of what’s in store for you in The Constant Gardener. Instead of Cold War mind games, though, this time you get more modern malfeasance. While it’s got the same spy thriller aesthetic as Tinker Tailor, it’s not a spy story. Think more corporate shenanigans.

In The Constant Gardener, Ralph Fiennes leads as a tepid diplomat lucky (or unlucky) enough to be married to the fiery Rachel Weisz. Ms. Weisz runs into some trouble of the fatal variety and good old Ralph with a silent “L” digs deep in his drawers to find some cojones. In a careful, constant fashion, of course. 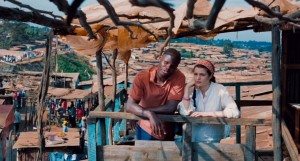 There’s romance and danger and exotic locations and even some action. It’s like James Bond if he was played by a chartered accountant. While that may sound dull, it isn’t—I assure you—if you’re the chartered accountant in question. And that’s how you feel in this film: in over your head and in quite a bit of danger. As I recall, it’s a jagged little thriller and you should watch it.

Like any good LeCarré story, there’s a complicated plot, but I won’t tell you much about it, since you’re going to watch it anyway. Keep your eye out for the part when Pete Postlethwaite gets eaten by a marabou stork. I’m pretty sure that happens in this film. 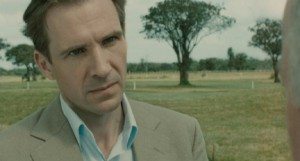 If you missed this picture when it was in theaters, trust me; it’s the perfect sort of entertainment for an evening in. You can pretend that you’re on vacation if you’re the sort of person who takes vacations amid the desperately poor after your wife has died.

The Constant Gardener was directed by Fernando Meirelles, the Brazilian director who made the brutally intense City of God. If you haven’t seen that one, you should watch that, too.