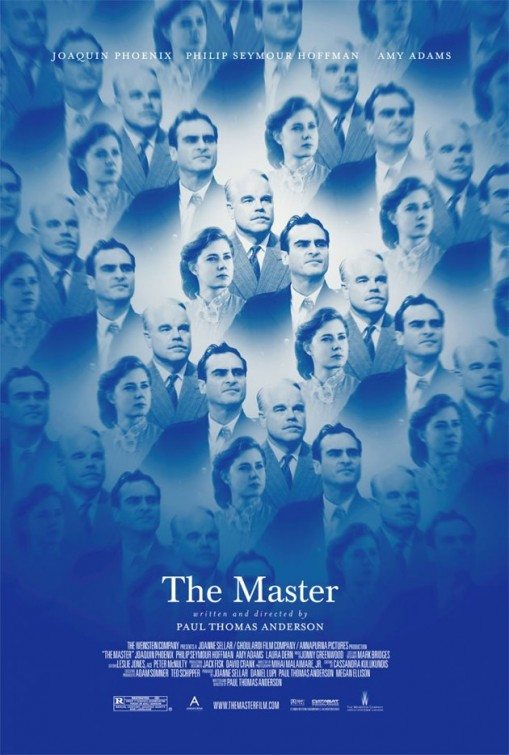 There’s a scene early on in Paul Thomas Anderson’s new movie The Master where Freddie Quell (Joaquin Phoenix), having inadvertently poisoned an old man with his dubious, self-distilled, paint-thinner-based moonshine, runs like hell from the Chinese migrant workers who I guess liked the old guy out of a dimly lit shack into the dawn light of a fallow cabbage field, over which he hauls ass and makes good his escape.

Much later in the film, deep in a desert, the Master (Philip Seymour Hoffman) hands Freddie a motorcycle and tells him to pick a point and aim for it. Freddie climbs on and goes, and goes, and goes, faster and faster, until he’s gone.

I point this out because watching this movie the Evil Genius and I, certainly by the time of this second scene, wanted nothing more than to join Freddie and get the hell out of the theater. 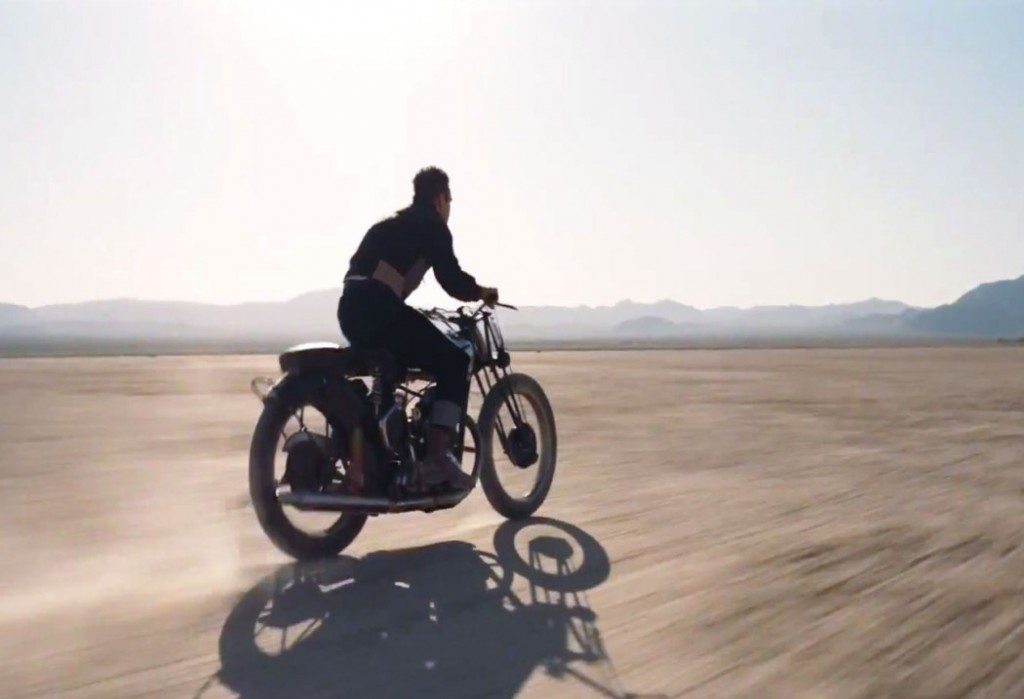 Discussing the movie afterwards, I realized that everything we had to say about The Master I already said after I saw There Will Be Blood. The two movies are essentially identical. They feature great actors playing deep, weird, troubled characters, beautiful widescreen cinematography, original and unique soundtracks (both by Radiohead guitarist Jonny Greenwood), long running times, and, if they contain any meaning at all, it’s so opaque you figure you’re not quite smart enough to have figured it out yet.

In other words, Paul Thomas Anderson’s movies contain all of the elements of Great Films. All but one. The movie is missing. There’s no there there. It’s as though Anderson is interested in one thing—troubled, intense, purposeful characters. A great thing to be interested in as a writer/director. He puts those characters in dramatic scenes, films them lovingly, strings them together, and presto! He has something that looks very, very much like a movie. 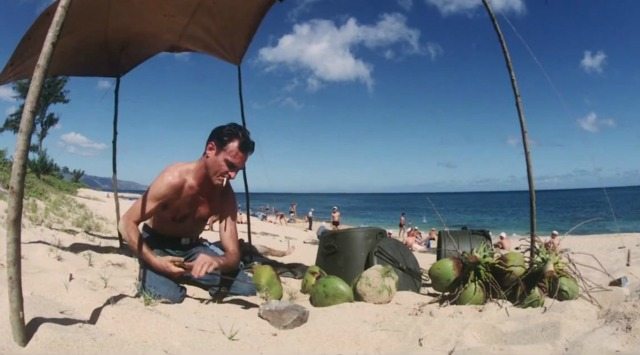 But where’s the movie in the movie? That’s what I’m missing. In There Will Be Blood I was struck at how you could pretty much throw all the scenes in the air and rearrange them any way you wanted, and the movie would be exactly the same. This is because Anderson, forgetting to put movies in his movies, has abandoned cause and effect. Big dramatic scenes take place, certainly. But they don’t lead to anything. They don’t change anything.

So in The Master, for example, the Master’s daughter, recently married, realizes that the dangerous, unpredictable Freddie turns her on more than her boring husband. During a meeting she slides a hand up Freddie’s thigh. Ooh! An interesting moment! What will happen? Will he fuck her? However will that play out? Well, I hate to ruin things for you, but nothing comes of it. Literally nothing. As a scene not attached to anything else, it’s very good. But it could have gone anywhere in the movie and had just as much impact.

Another example. The Master and Freddie get arrested at the house where the Master’s followers all seem to be living. They’re thrown in jail. They appear before a judge and the Master is fined what sounds like a large sum of money. The end. Nothing more is ever said about this event. Was it bad to be fined the money? Who knows? 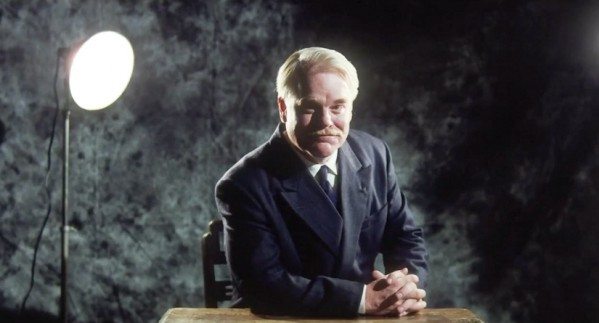 One more: the Master, late in the film, publishes his second book, in which he’s made changes to his scheme of educing memories of past lives. His followers are not happy. To be more precise, two of them, in two very short, back-to-back scenes, are not happy. The end. The matter is dropped and the characters never appear again. It has no effect on anyone outside those two scenes.

Now I realize that because Anderson doesn’t care about this stuff that I’m not supposed to either. The movie is about something else. These scenes that go nowhere are there to paint a larger emotional picture. But a picture of what? As with There Will Be Blood, the movie is centered on an intriguing character. The character doesn’t change, the character isn’t affected by anyone else in any real way. The character exists. So what is the movie about? Is it about religions? Or fake religions? Ha ha! “Fake religions.” I know, I’m hilarious. But seriously. The Master is a stand-in for L. Ron Hubbard, his book “The Cause” is “Dianetics,” it’s not subtle. But the movie isn’t directly about any of that. The Scientology aspect is the world in which the movie takes place; it’s not the subject. 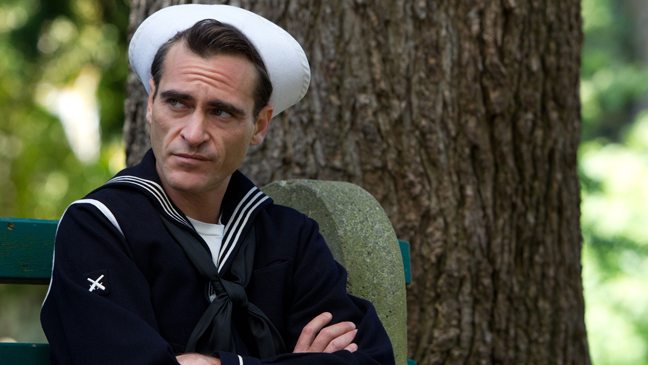 Freddie is the main character. Is he the subject? What is he? He’s presented as essentially a dog. And the Master is his master. Get it? So the Master trains him, but then he runs away. And then he comes back, but not really. Is that religion, then? Dogs and masters? Does this movie have a happy ending in that the dog shakes off his leash? To be blunt—fuck if I know. 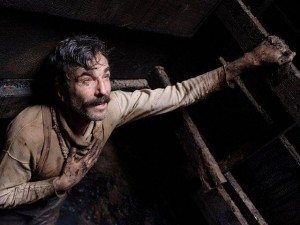 In There Will Be Blood the main character wasn’t the troubled youth played by Paul Dano, it was Daniel Day Lewis’s oilman. That’s the difference between the two movies. Otherwise they follow an identical pattern. Both look like very important, very serious films. Both have great performances. Both end with ambiguous, borderline laughable scenes between the two leads. And in neither movie does anything seem to have actually happened.

Which is exactly it, say the multitudinous Anderson fans. Nothing is supposed to happen. It’s not a typical movie. What actually happens happens on the inside. It’s not about plot, it’s not about story, it’s not about actions and their consequences. It’s about the interior lives of characters. It’s about individual moments which, when added together, result in a different kind of movie. 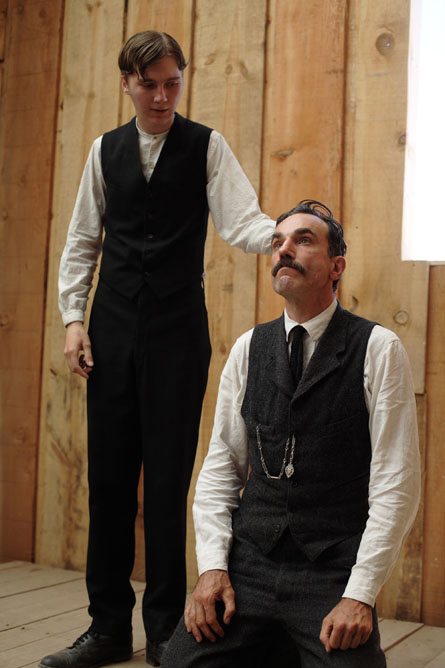 Which is exactly the sort of thing I normally love! I’m a big fan of abstract, opaque, visual, long, boring, bordering on pretenious movies. If it’s three hours long and Russian, sign me up. But I’ve now seen all of Anderson’s movies, and I don’t like any of them (aside from the great first half of Boogie Nights. Too bad the second half is such a dud). Why do I keep seeing them? I think it’s because of how seriously he takes movies. He shot The Master on 70mm. I love that. He showcases great actors being great. He cares about the look. Technically, his movies are wonderful. It’s for all of these reasons his movies are fawned over so much. If you’ve got any familiarity with film as something more than robots blowing each other up or SNL has-beens getting hit in the balls, you can’t help but watch something like The Master and think, “Wow, this is a real movie! It’s so real I don’t even know what it’s about or what it’s supposed to mean. Damn! It must be a work of genius.” Or so it seems. Read the reviews for The Master. Even the most favorable–and most of them are favorable–point out two things: the reviewer doesn’t know what any of it is supposed to mean, and that very fact is indicative of its profound meaning. 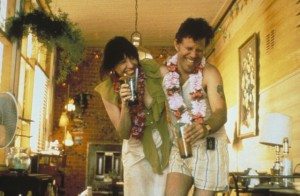 Anderson is often compared to Robert Altman, who pioneered movies with big casts and little in the way of story. Anderson’s wretched Magnolia went so far as to almost literally remake one of Altman’s masterpieces, Short Cuts, to laughable effect. It feels like Anderson’s recent movies are inspired less by Altman and more generally by movies thought of as important and meaningful. But in the same way merely aping Altman’s style resulted in simulacra, so too does aping the “style” of “important movies.” Anderson is left with a shell of greatness surrounding—nothing.

His movies are everything movies should be—except for the one part he forgets: the movie part. 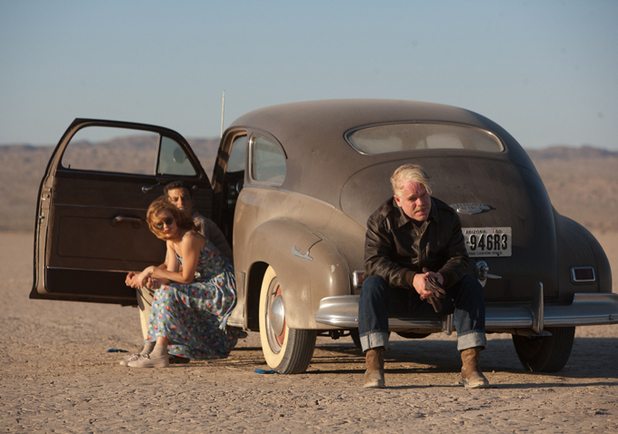