Ah, the holidays! This time of year, our thoughts turn to home, travel, and rural meth heads. Or family. Whatever. Tomato, tomahto.

This week’s brain-boggling Mind Control Double Feature pairs two films that you’d THINK don’t go together at all, except they so do. Like really really.

Both of this week’s features focus on the sanctity of home. They’re about how protecting that cradle is worth the fight of your life. Both also immerse you in a subculture with which you’re probably unfamiliar. These characters aren’t the richest, or the most upwardly mobile people, but they’re ready and willing to go toe-to-toe with the Man in search of serenity and a safe place to settle. 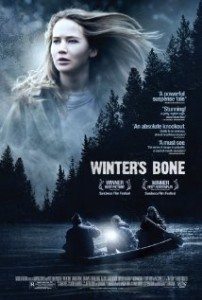 Nothing will make you happier to spend time with your family than watching Winter’s Bone. That is, unless your father is a dirt poor, backwoods drug manufacturer who has vanished, leaving you to fend for your catatonic mother and your little siblings. Oh yeah. He also put your home up as collateral for his bail, which he skipped out on.

Yeah. Things are pretty bleak for 17-year old Ree, played by now-super-hot Jennifer Lawrence. (And yes, I mean super-hot in both ways.)

Ree is pretty well fucked in Winter’s Bone. It’s a brutally rough life in ways that are stunning to imagine as real, and yet they clearly are. On a good day, you can hunt up enough squirrel for stew. On a bad day, Uncle Teardrop (the becoming super-hot John Hawkes) and other kinfolk come around to terrify you into submission and beat the teeth out of your mouth—because, you know, you’re female and uppity. 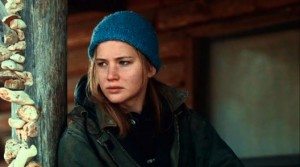 This is a world where you stand at the threshold until the man of the house invites you in. You do what you’re told and you don’t ask questions, unless asking questions is the only possible way you can see to avoid losing your home and your family. Which, dammit, it is. So do what you gotta.

Winter’s Bone is a hard watch, but it’s also bleakly gorgeous and way more inspiring than that insipid Hunger Games stuff. You want kids in danger, fighting for their lives? You will believe in Ree Dolly approximately seventy bajillion times more than you’ll ever accept Katniss Everdeen. The raw, unwelcoming Ozark underbelly depicted here—visually and narratively—drowns you in cathartic cold sweat. 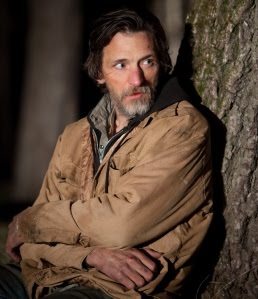 And yet somehow it’s all so inspiring it hurts. If Ree can suffer through and survive; time to hoist up your big-boy pants and tackle your problems, too.

Both Lawrence and Hawkes were nominated for Academy Awards for this and should have won. Christian Bale in The Fighter? Jesus. He won Best Supporting Actor that year. I want you to watch this movie and tell me—I dare you—that Bale’s caricature of a meth head is a better performance than Hawkes’ all-too-real portrayal of the same.

It’s always darkest before the dawn, they say. And Winter’s Bone is damned bleak. So here you go: sunrise. 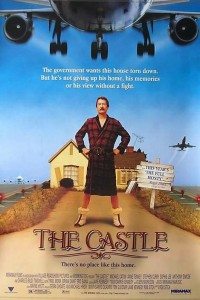 Losing your home is never a laughing matter. Except maybe this time.

Exactly like Winter’s Bone, The Castle is the story of a blue collar family, the Kerrigans, threatened with the loss of their house. This home, however, isn’t in the Ozarks. It’s just on the edge of the runway of Melbourne’s airport, built under power lines and over toxic landfill.

The airport wants to expand and they’re using Australia’s version of eminent domain to force the Kerrigans out.

Thing is, the Kerrigans don’t want to go. A man’s home is his castle. Even if you don’t agree with patriarch Darryl Kerrigan that his home is sweet-as, bro, he’s got a point. Who are these dickheads to tell him that he’s got to leave a home that he built and which his family loves? 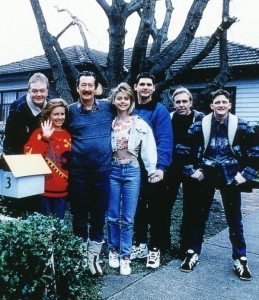 The Kerrigans are what Australians call “bogans.” It’s a hard word to translate, but they’re somewhere in between “the bridge-and-tunnel crowd” and “white trash.” What that means is, we’re snobs and they’re not fancy folk. But they’re real—recognizably real—and played straight.

The Castle is not only a comedy, it’s one of my favorite comedies. While the producers called it, “This year’s Full Monty,” that’s a load of horse pucky. It’s nothing like that film, or really any other that I can think of—save Tucker & Dale vs. Evil. It shows us the life of a class of people we’d normally dismiss and mock, but it does so with real affection.

Sure, they Kerrigans are bogans, but that doesn’t mean they’re assholes or wrong. In fact, even while you’re laughing at them (including Eric Bana as the new in-law), you’ll be enthusiastically supporting them. 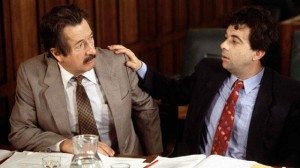 I suppose it’s a bit like Revenge of the Nerds, if you can imagine that film as actually funny and connected to reality.

The Castle was made in five weeks. I don’t mean that they had five weeks to shoot it. I mean from the inception of the idea to the delivery of the final cut: five weeks. If you think you could do the same, you’re dreamin’.

So you’ll just have to trust me on this one. I can’t explain why it’s funnier than a cat jumping into a closed door, but it is. You don’t need to have experience with life in Australia, you’ll get the jokes just fine.

Both films are best watched with company, for opposite reasons.

So, until next week, hang onto your house, be proud of your roots, and save some squirrel for me.

One response on “Mind Control Double Feature #22: There’s No Place Like Home”