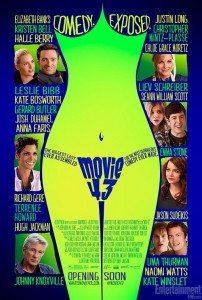 great title, you guys! this one can’t miss!

January is Hollywood’s morgue. They wheel in the corpses of movies they wish they’d never made, bloated and bleeding, limbs missing, faces unrecognizable, and hope nobody notices the stink. They hope we’re distracted by all the Oscar nominees. It’s like a nice breather for everyone. The studios don’t have to worry about releasing anything they care about, and audiences can either catch up on fancy December releases or stay home and talk to each other. Or they can see Movie 43, something I understand opened last week. Or the one with Sean Penn doing an accent. Did anyone see that? Of course not. We have a pact with Hollywood: they promise to release only crap in January, and we promise not to see that crap, thus fulfilling the self-fulfilling prophecy that these movies are crap.

Which is all a long intro to saying: it sucks being a movie blogger in January. What are you supposed to write about? Hansel And Gretel: Witch Hunters? I’d rather eat my own feet than see that in a theater. Put it on cable at two a.m. one lonely April night, sure, I’ll drunkenly gape at it for the half hour it takes me to pass out. But write about it? Life’s too short.

Maybe, it occurs to me, January is the time to reflect on the past year. Then again, we already did that. So here’s the plan: let’s reflect on the one thing Hollywood cares about. Money. Here are the eleven top grossing movies (domestic grosses only) from 2012:

The usual things to say about such a list are 1) Holy fuck that’s a lot of money! The top eleven all made more than $200 million? Yikes. No wonder studios make movies, 2) Holy fuck! Are there no original ideas left in Hollywood?, and 3) The fucking Lorax made money? That looked like the worst movie since The Cat In The Hat! 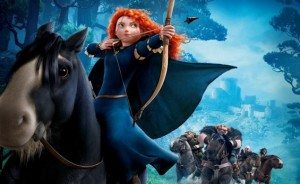 you’re adorable! but not as adorable as a clown fish, sorry.

It was a year of sequels and comics. Only two originals snuck onto the list. Although one, Pixar’s Brave, is considered a minor dud, since it didn’t eat all the money in the world and shit winged golden bricks the way Pixar movies are expected to do. Then there’s Ted, an alleged comedy. I didn’t see it. There’s a talking teddy bear in it—that swears and makes sex jokes! I know! Must be amazing. How do they come up with this stuff? 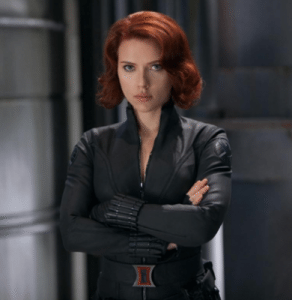 What about the unoriginal ones? Any good? The Avengers was less offensive than expected, thanks primarily to Robert Downey Jr.’s wisecracks and Scarlett Johansson’s leather tights. And—hmm—no, I guess that’s it for anything good on the list. Granted, I only saw the top five, but did you see the preview for The Lorax? My sense of basic human decency is shaken just thinking about it.

So is the world ending? Are movies a dead art form and does this list prove it? It’s fun to gripe about all the sequels and book/comic book adaptations that are also sort of sequels, because yes, they are indicative of the sad, empty pit of entertainment hell we are yearly plunged into, but what about earlier years? Earlier decades? Was it any better in the good old days? This pit we’re in now looks deeper and darker than ever before. Is it?

Here are the eleven top grossing movies from a decade ago, 2002:

A precious, quaint age, wasn’t it? Who knew there was a time when M. Night Shyamalan, writer/director of the original movie Signs, made popular movies? It’s hard to imagine such innocent days as these. 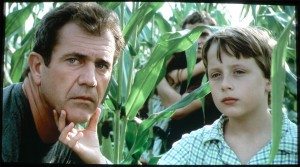 look! over there! it’s your vanished career!

How were we doing back then for original stories? Not good. Five sequels. The rest based on popular books/comics/musicals, with the exception of Greek Wedding, Ice Age, and Signs. Three originals! Does that mean things were better? Lord of The Rings still holds up, so long as you watch it with the other ones. Then there’s Spider-Man. It may have been directed by Raimi, but it was written by Worst Writer In Hollywood ™ David Koepp, and completely sucks. 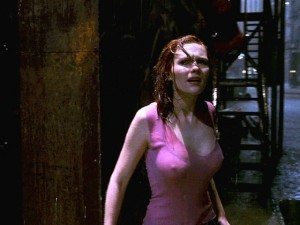 i admit there was something strangely compelling about this scene

A Star Wars prequel and Chicago in the same year? How that’s not prosecutable for crimes against humanity is, at best, unclear.

Only three sequels. Three others based on prior works (figure it out), and the rest are all originals, with two, Unforgiven and The Bodyguard, written in the ‘70s, a time when successful movies didn’t suck. Which worked out great for Unforgiven. The Bodyguard, not so much. Talk about quaint, remember when Kevin Costner was in movies people paid to see? No, of course you don’t. You’re much too young.

deserve’s got nothin’ to do with it. but a good script does.

1992 is also notable for being the first year where the top eleven (this is way more fun than doing top tens, right?) all made more than $100 million. Of course the top grosser made about as much as number eleven from ’12.

So I guess this means ’92 was better in terms of more originality? Yes. Too bad almost every one of these movies is awful (Unforgiven being the obvious exception). Aladdin had some laughs. Right? And, um, there’s that line we still quote from A Few Good Men about the truth and how unable we are to handle it. Batman Returns was better than the Schwarzenegger one? Well, yeah. And Sharon Stone spread her legs for us in Basic Instinct. So there’s that. Sigh.

innocent times, back then

Finally, let’s take a look at ’82. What even existed to sequelize back then? This is going to be the best list ever! I mean we had Blade Runner in ’82, and The Thing, and The Road Warrior! I can’t wait!

And the winner for originality is 1982! With six original movies out of the top eleven, and only two sequels. My favorites didn’t make any money, of course, but they rarely do. Then again, my favorites when I was eleven years old in ’82 are well represented. By which I of course mean The Best Little Whorehouse. Ha! No. I kid. Actually I still haven’t seen that one. Have I missed much?

It was every eleven year old boy’s secret dream to sneak into Porky’s, renowned for an alleged shower scene that changed lives once seen. No one talks about Porky’s anymore. Is it time to revisit this lost classic? 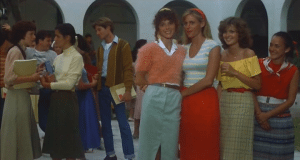 I loved Poltergeist, even more than E.T. Both are at least good movies, surely. 48 Hrs. invented the modern buddy cop movie. Star Trek II is the best Star Trek movie ever made. Rocky III has that song. Tootsie is legitimately great. The Verdict is at least good. So not surprisingly, the most popular movies of ’82 whup those of ’92, ’02, and ’12. After all, the ‘70s had barely ended, and that’s where the good movies came from. 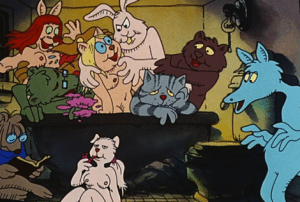 what, you haven’t seen Fritz The Cat?

What to take away from this little jaunt into the history of making cinematic money? It’s January, thank Jiminy, meaning I’m relieved of having any deep thoughts on anything. All I can say for sure is that the money-making machine runs ever more smoothly, and churns out ever more generic movies. Which I’m guessing we already knew. Thank you and goodnight!