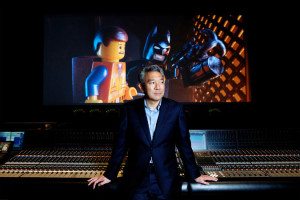 A recent New York Times profile paraphrased Warner Brothers C.E.O. Kevin Tsujihara, saying his studio will make J.K. Rowling’s brief tome, Fantastic Beasts and Where to Find Them, into a trilogy of ‘megamovies.’

Is that when you take a movie and stuff it with two other movies and wrap it all in a skin of fried trailers and then serve it up with CGI sauce? Is a megamovie a film that needs two intermissions just to get you through its backstory and another to survive its closing credits? Or is a megamovie just a movie with extra hyperbole?

I mean, who would want to see a stupid old regular film when we could go see megamovies in 5D with lick-o-vision and free face tattoos? Not me. I’m no sucker, except for megamovies, of course.

Tsujihara is the executive who oversaw production of Man of Steel. He’s following that non-megamovie up with Batman vs. Superman, Justice League, and other D.C. Comics superhero films. He midwived not one but three films from J.R.R. Tolkien’s The Hobbit. This season we’re getting Godzilla, Jupiter Ascending, Transcendence, and Edge of Tomorrow from Warners. Are any of those films megamovies? If so, how come Tsujihara didn’t tell us?

You have to keep us clued in, Kevin.

I need adequate time to prepare my brainparts for a megamovie. You can’t just release a film, let me watch it, and then tell me it was a megamovie. I might not pay enough attention to it. I might not even go see it at all if I don’t recognize its megamovie status in advance.

Today I read a slew of film blogs that regurgitated the NYT’s news about Fantastic Beasts. Most of them, and many traditional media outlets as well, included this new ‘megamovie’ term in their coverage, but no one — not even Brooks Barnes in the original NYT article — bothered to ask Tsujihara to define his nonsense. They just threw it out there and ran with it, like a dog with a dead squirrel. 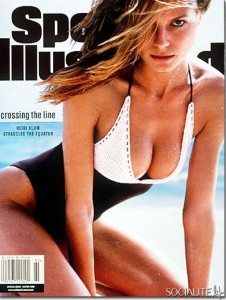 This ridiculousness reminds me of when I was a boy. I was fond then of boobs, so I was aware of the Sports Illustrated Swimsuit Issue. This important guide to impractical beach attire and the physically flawless women who half wear it didn’t coin the term ‘supermodel,’ but it did its part in popularizing the term outside of the fashion industry. The models that graced S.I.’s pages weren’t just any old dame in a bikini: they were world-famous for having breasts. Their boobs commanded international attention and commensurate compensation. Christie Brinkley, Elle Macpherson, Iman, etc. etc.

What if we just take a regular old model / movie and add an adjective to it? Wouldn’t that make it more so? No? Perhaps you are discounting the value of hype.

But a term without a definition is bupkis. And if Fantastic Beasts and Where to Find Them can be made into three megamovies, then anything can. We can make a romance version of 1984 into a megamovie. We can watch a quadrilogy of pictures based on your hat size, and they can all be superdupermegamovies.

I have done a thorough job scouring the world for a definition of ‘megamovie’, and I came up blank. (I typed a few things into Google.) This leaves us with a grand opportunity. We can, right here and now, define megamovie. This blogpost will be the sole worldwide source of a definition of the term megamovie. We can stamp that coinage with our picture, and we are not the type to let such a mega-opportunity pass us by.

And there we have it. Megamovie defined. I cannot wait to see my first one. Unless I’ve already seen a bunch of them, in which case I suppose I’d rather wait.

19 responses on “Understanding Megamovies: The Supermodels of Cinema”