This, right here in front of you, is Stand By For Mind Control’s 500th post! Five-Hundred! Posts!

I know, right? The frisson of excitement is palpable. I am palping it right this very minute! 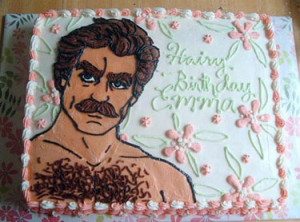 Won’t you palp some of this frisson with us? There is plenty to go around.

Looking back, boy howdy: we sure have come a long way. When Supreme Being and I first yammered about starting a cinema blog as our final step towards world domination, we thought we’d likely end up consumed by spiders. Instead, things have just steadily progressed towards us being the benefactors of an international conspiracy.

What have we accomplished over 500 posts? Well, we have engaged, enraged, and befuddled over 200,000 people — many of them Germans, to whom we say hello in German! 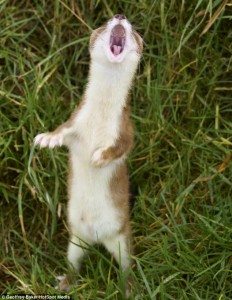 Believe me: this photo was much less interesting with James Franco in it.

Of the 500, our most popular posts, surprisingly, are both Top 10 lists, one about Woody Allen’s films and the other about Clint Eastwood’s. Who would have thought people on the internet would be interested in top-ten lists? Our least popular post was a graphic photo of James Franco getting amorous with a stoat.

We had to take that down, though. Lawyers.

What else? Well, we recently got ourselves a flashy new header image with the generous help of SB4MC supporters. We are now bona fide members of the cinema press, as well. We also field more and more requests to host ‘sponsored content,’ which we promptly ignore. You do not want to read sponsored content. You want to read up on insane double feature ideas and search for “franco stoat sex.”

The inclusion of which phrase in this post, twice, means we are going to be the top hit for that search term. That is the sort of small but meaningful victory which keeps us going.