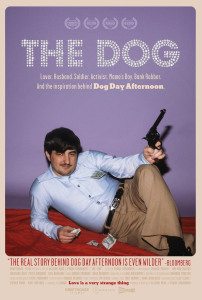 Dog Day Afternoon (’75) tells the outrageous story of real-life Brooklyn bank robbery gone awry. It’s a fantastic movie. But you already know that. What’s amazing is that the true story behind it wasn’t exaggerated in the least—it was downplayed. The true story of bank robber John Wojtowicz is told in the new documentary The Dog, directed by Allison Berg and Frank Keraudren, and it’s a wild one.

To give you an idea of the kind of guy John Wojtowicz is, I’m going to paraphrase his description of what happened the night before the robbery with his two accomplices, Bobby and Sal. Read this with a thick Brooklyn accent, with not even a hint of embarrassment. Pure matter of fact bravado is John’s vibe, no matter what he’s talking about:

So we get to the motel, and I want to fuck Bobby, but Bobby doesn’t want to. And I says, hey, I’m bringing you on a bank robbery, we’re going to make thousands of dollars, and I don’t get a fuck? No fuckin’ way. So I fucked him. So then Sal wants to fuck Bobby too, but Bobby doesn’t want to fuck Sal. I come out of the shower and they’re arguing and I say, “What are you two bitches arguing about? We could be killed in the morning!” And I tell Sal he can fuck Bobby after the robbery.

John is by no means a shy man. He tells it like it is. And it’s no wonder people were drawn to him his whole life. His bluntness is endearing. 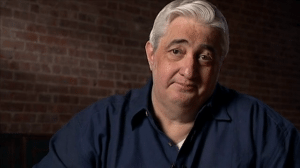 John in his fifties

John starts the movie by explaining his love of sex. He doesn’t drink, doesn’t do drugs, doesn’t gamble. He just fucks.

As a teenager he was a Goldwater Republican, but then he got sent to Vietnam, where one night he woke up with a fellow recruit blowing him. Which he liked. So he discovered he was gay. 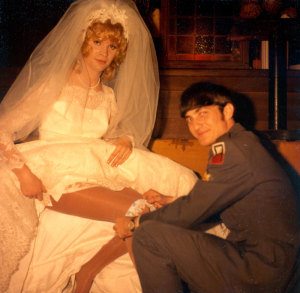 John and Ernest get married

Home after the war, he joined up with the Gay Activists Alliance and fought for civil rights. He fell in love with Ernest Aron, a transsexual (later Liz Eden after undergoing sexual reassignment surgery), and married him in a full ceremony where the officiating priest was apparently unaware that the bride was a male, genetically speaking, along with all the bridesmaids.

As one attendee recalled, John proceeded to kiss everyone at the wedding, “And I don’t mean a peck on the cheek.”

John explains that while many of the gay men he was meeting were politically motivated, he was there primarily for the sex.

The marriage was a rocky one. Ernest wanted surgery and John didn’t want him to have it. They had a violent argument, cops arrived, and Ernest was taken to an asylum. So John decided to bust him out and pay for the surgery. For this he needed money. And so, the bank. 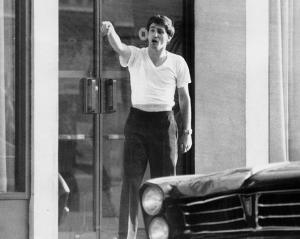 He and Bobby and Sal checked out a few banks prior to the robbery. Outside one, Bobby or Sal dropped the shotgun outside the car and it went off. So not that bank.

Eventually they decided on their target, and then, as in Dog Day Afternoon, things didn’t work out so well. In the real-life version, John isn’t cagey about his sexual identity. Right away he tells the cops that he’s gay and he wants the money for an operation for his wife.

The crowd of thousands outside the bank weren’t necessarily there to support John. They chanted gay slurs at him every time he came outside. More than anything, he was entertainment.

John went to jail and met another man he fell in love with and married (though not in the legal sense, obviously). John became famous with the release of the movie. He even got it screened in the prison. Once John was released, in the late ‘70s, he identified more and more with the character in the movie. He called himself The Dog, and played on the fame it earned him, even returning to the bank he robbed to sign autographs outside. 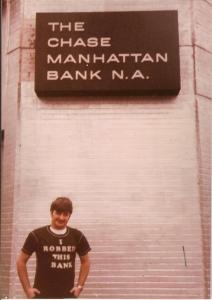 Post-jail, back at the bank

There’s an impressive amount of archival footage unearthed for the movie, along with plenty of interviews with John, his mother (who’s almost as entertaining as he is), and various other people from John’s past.

On the one hand, The Dog is a sad movie. John never really rises above his one moment of criminal fame. He doesn’t make much of himself after that. Prison and its aftermath take a toll. On the other hand, the man remains in incredibly high spirits throughout. He’s vibrant and full of energy and unapologetic. Considering that his accomplice Sal was shot dead by the FBI during the robbery, one would hope for some amount of contrition from him, but there’s none to be found. As far as John’s concerned, he lived a good life.

And as far as I’m concerned, being a man watching a movie, he lived an entertaining and revealing life. If nothing else, the man impresses for being so utterly, unashamedly forthright about who he is. He is a man of passions. He may have robbed a bank, but he did it for love.

One response on “The Dog: The True Story of Dog Day Afternoon”