Masked men cook meth in the jungle night, noxious fumes whirling away like the sort of fog one might find in a John Carpenter film. These aspiring chemists, producers of poison, are friendly, honest, and nonchalant. There is a demand for drugs in America. If they do not cook meth, someone else will. By producing it for the cartels they earn a lifestyle that they otherwise could never achieve.

They strive and succeed and will continue to do so until the power of heaven intervenes. Their product’s contribution to the violence of drug trafficking and to the destruction of those that smoke it: what can one do?

It’s a shame, but you can’t fight it. Or, if you’re crazy enough to fight it, certainly you can’t win.

He who fights with monsters should look to it that he himself does not become a monster. And if you gaze long into an abyss, the abyss also gazes into you.
— Friedrich Nietzsche

You are what you eat. 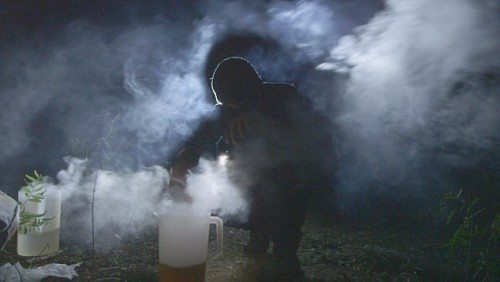 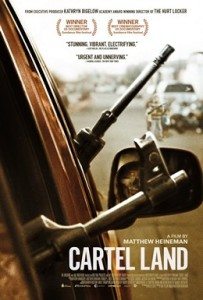 One thing that becomes very clear — and clear in a way that I had avoided accepting until I watched Matthew Hieneman’s documentary Cartel Land — is that things are very bad.

Things are bad objectively: the drug cartels, to take one example, are brutal to a degree that’s hard to comprehend. Films such as Sicario depict this torrent of violence, but fiction is not needed to create dramatic effect. Reality is worse. After Cartel Land introduces us to the cooks, we meet another group that neglects to fight.

We meet them at their funeral.

Over a dozen farm workers in the Southern Mexican state of Michoacán have been killed by the cartel’s reapers. The murdered were mostly members of one extended family, including infants killed by being swung against rocks. These innocents were slain in the fields because the farm owner —someone for whom they only worked — resisted paying for protection.

In response, the Mexican government does fuck all.

Things are bad subjectively: In Arizona, along the border, immigrants slip across continually. They take the low-paying construction jobs some Americans wish were theirs. Along with these unwelcome interlopers come the cartel’s Avon ladies, going door to door with misery and death.

In response, the American government does fuck all.

It is easy for me to dismiss Donald Trump’s declaration that he will build a border wall if elected, but whether he does or doesn’t, it won’t directly effect me. If it did, if I lived in Michoacán and had my entire family slaughtered for nothing, or if I lived in Arizona and worried that violent, unhinged gangsters had easy access to whatever they wanted through my backyard, then I might be as moved by Trump’s wall as I am by Bernie Sander’s equally far-fetched avowal that he’ll take down Wall St oligarchs.

When, in Jaws, Quint promises that he can kill the shark that’s been terrorizing Amity, what we want isn’t to squabble over what it will cost, what we want is to believe him.

Just kill the monster, any way you can.

2. Your leaders have failed you

In Michoacán, a group of citizens in one small town have had enough. The cartel that controls the area — the Knights Templar — is the latest in a string of cartels that has progressively devalued human life to the point where killing infants is just a thing to do while high. The government, time and again, has proven ineffective and unwilling to protect them.

Does my suggesting that make you angry? Repeal Citizens United and we’ll discuss it.

These citizens cover their faces, take up arms and — calling themselves the Autodefensas — physically chase the Knights Templar from their town. They are joined in this action by Dr. José Manuel Mireles, a charming, rough-and-tumble man of principle. Mireles is willing to stand in front and to be identified as a leader. 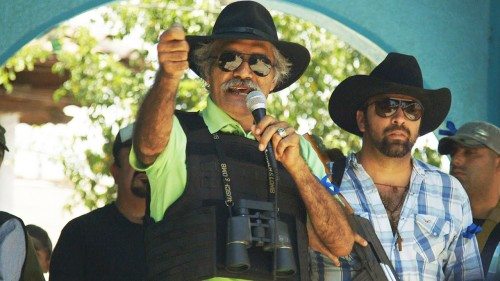 Together, we will avoid all the pitfalls that accompany power.

That’s some cojones there, if you’ll excuse the sexist language — among the Autodefensas, as in any successful action, stand plenty of women. But Mireles practically glows with charisma and motivating power. Behind him the group grows, spreading to other towns. Their extra-legal vigilante action works, even when the Army shows up in helicopters and in armed vehicles to try to confiscate their weapons.

For the citizens’ own safety. Or on behalf of the cartels. You decide.

But the Autodefensas cannot be stopped. They are righteous. They have the support of the people. They will continue in their crusade for as long as heaven allows. 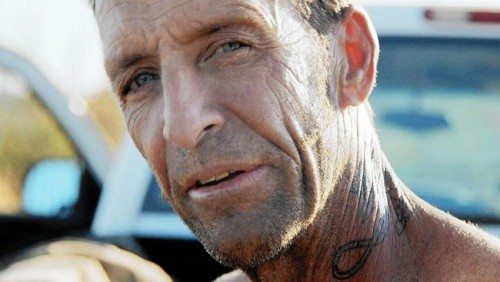 I believe I am doing good.

In the States, the less interesting parallel involves Tim “Nailer” Foley and his Arizona Border Recon — an armed group of self-styled commandos who put themselves between the cartel (and illegal immigrants) and their own too-fragile worlds. Tim, a recovering addict who seems to have no problem getting his hands on automatic weaponry, feels abandoned by his government from the local police on up to the President.

He will fight the good fight in their stead. Being a vigilante may sound bad, but it worked for the Batman. At least until Zack Snyder got involved.

Whether we’re talking about the Batman or about Donald Trump or about Tim Foley or Dr. Mireles, there are four things you need to understand. We’ve just mentioned two of them. The third is that while you can justly stand up for yourself against men, to fight monsters your choices are either to lose, to become a martyr, or to become a monster yourself.

In Cartel Land, watching the Autodefensas grow and warp in and out of Dr. Mireles’ control is tragic in the Shakespearean sense. This is not tempered by the fact that his second in command is a jovial, fur-ball known as Papa Smurf.

Mostly because those powers and the cartel are indistinguishable. About this I am speaking literally. 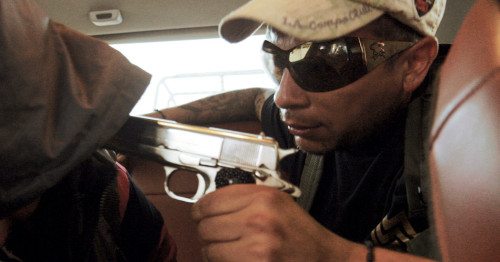 I am self-empowered to stop monsters.

It is the same but less dire in Arizona. Tim Foley’s irregulars patrol the border in camouflage attempting to stymie the smuggling of drugs, but they are neither as interesting nor as effective as the Autodefensas.

They are just better armed, of far fewer number, and easier to identify as self-deluded.

Both groups of vigilantes, however, are in danger.

These people are in danger from themselves. Sure, the cartel might kill them or their families, but it’s just as likely that they’ll become a variation of what they oppose. For if things are bad, and your leaders cannot be trusted, and you are what you eat….

4. Let the circle be unbroken

Cartel Land tells its surprising story and ends — dramatically, heartbreakingly — with no good news. As you may have noticed, the cartels continue to operate with impunity. Those that stand up to such behemoths either can’t beat ’em or join ’em.

Some lessons are hard to accept even when you’re staring them in the face.

As a tale, Cartel Land does not travel the path I expect. Like other documentaries of late, it stays small, focusing on the personal and not on the global or even the national. Cartel Land makes two men a lens through which we can assess ourselves, our politics, and the lies we choose to believe — because we need to believe in something.

It also left me understanding current American politics with more compassion. Right now, for many, things are very bad. They do not trust their leaders or the system which has failed them in favor of lining its own pockets. There is a monster that needs battling.

Who better to fight a monster than another monster?

I guess I would suggest, and perhaps foolishly, how about a hero instead?