Last night, Jeff Sessions was confirmed as Attorney General of the United States and I saw I Am Not Your Negro. 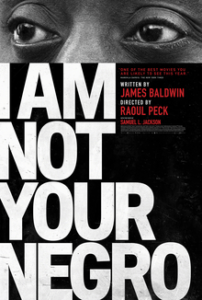 I really don’t know what else I can say.

I’m not as eloquent as James Baldwin. I’m not African American, and cannot even begin to touch the man’s personal experience of racism, let alone his crystalline dissection of it. Nor can I match his awareness of the dire results racism threatens for America, no less today than ever, it seems.

And yet; you’re here. You’re reading this. So let us relate:

Perhaps, like me, James Baldwin was just a name to you. An author whose work you hadn’t read. A figure among many other vague figures — since you were educated in an American public school, now anchored to the mud by Betsy DeVos — and you were forced to learn about Baldwin and others on your own, or as is more likely, never found the time.

I took a year of Shakespeare in my excellent, local public high school in Massachusetts. I took a year of South East Asian history, too. But I learned depressingly little about what it means to be black in this country. 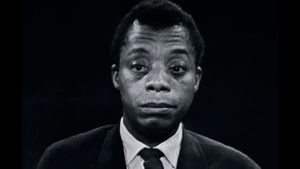 So I Am Not Your Negro is the film you should be watching now, particularly if you’re President of the United States. And who knows? Maybe you are. Sitting there in your bathrobe, one hand on your mobile phone twitching out Tweets, Fox News on in the background, the country literally falling apart every time you cough, or scratch an itch, or shed a layer of skin, or wiggle your pen across an unread piece of paper.

It is a documentary of sorts, but more an audio-visual essay. It is directed by Raoul Peck, and narrated by Samuel L. Jackson — but not so you’d notice. The entire film is as if Baldwin is reading to you from and about his unfinished manuscript, “Remember This House”, which intended to cover how the lives of Medgar Evers, Malcolm X, and Dr. Martin Luther King, Jr. intertwined to be America. Not “American”, but “America,” for — as Baldwin proves — our racism and the results of it are us.

And we are racist. I am. I can apologize for it, be aware of it, resist ever acting on it, feel the shame of it — but it’s there. It is my problem. It is our problem, assuming you’re American.

And, if you’re American, it is our problem right now. One massive problem among so many others. All of which we — yes you, too — are now standing up to solve. 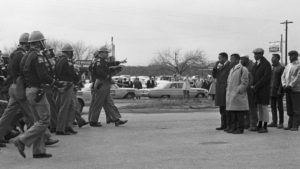 I Am Not Your Negro intercuts scenes from films of the time, and clips from interviews with Baldwin, as Sam Jackson reads Baldwin’s words in a voice so indistinguishable from Baldwin’s you’ll wonder if Baldwin is still alive.

He isn’t if you were wondering.

To tell you what happens in the film is merely to quote Baldwin at you, and why would you want to read my flawed recollection of Baldwin when you can go and hear and experience for yourself?

Besides; nothing happens. Racism exists, and then, later on, it exists much as it did 400 years ago.

To not see that is to accept the veil of delusion we cling to, with desperate, intentional ignorance. Nah-nah-nah-not-listening. Everything’s fine. Jeff Sessions is going to be great. Let’s give Donald Trump a chance. Hey look, American Ninja is on! Did you hear about the new leaked pictures of that superhero movie! Nevermind the crushing, violent weight that’s suffocating us all because we’re too inert to stand up, together, and see each other.

James Baldwin, at one point, describes himself as an optimist. To be a pessimist is to believe that humans are doomed — something he couldn’t do. And today, even though it doesn’t seem like it, there is hope.

I found mine in the fact that the theater I saw the film in was packed, on a rainy Wednesday night, with people of all colors and ages. Why don’t you go pack your local theater, too? Buy tickets for your family, your friends, and people you pass on the street.

Stand up, together, and see each other.