There was a time when movie reviews meant something. That time is not now. Movie reviews today exist purely to voice an opinion such that it may be combined with other opinions into a vast conglomeration of “I liked it!” and “I didn’t like it!”, where the actual manner in which that opinion is voiced is entirely beside the point. Critical consensus, that’s what matters. Check out Rotten Tomatoes. Did lots of critics like it or hate it? What more is there to know? What reason could there be in reading any single review?

A good critic is not good or interesting or valuable or worth reading because of their opinion. Who cares if a critic liked or didn’t like a movie? A critic is one person. With one opinion. If they’re any good at all, they’ve got an informed opinion, so there’s that. They’ve seen tons of movies, they’ve thought about movies, they’ve studied movies, so assuming they’re not complete dolts (which I wouldn’t recommend assuming too often), they might wisely opine on the technical merits of the movie, or the artistic merits as compared to other movies, and from this a reader might gain a measure of insight they’d otherwise have overlooked, but as for the final opinion, the final “this movie is good” or “this movie is bad”, the critic’s opinion has no use whatsoever. The only exception to this is if you know the critic, if you’ve read them often, in which case you might be able to gauge the value of any given review. For example, I will never forget that Roger Ebert hated The Thing and Blue Velvet yet gave a big thumbs up to that unforgettable Burt Reynolds classic Cop And A Half, so while his opinions could conceivably match up with mine—hey, we both liked The Godfather!—there’s no sense in using his reviews as the basis for whether or not I see a movie.

The best critics are the best because of how they write about movies. The best critics, above all, love movies more than life itself, and when that love is communicated through their writing, it doesn’t matter whether or not you agree with them. It’s often more interesting when you don’t agree. If you too are a lover of film, what’s more interesting than having someone with an equal love impassionately tear to pieces a movie you adore? Maybe it’s having that same movie lover eloquently gush over one of your favorites. Either way, it’s the passion and enthusiasm and fire that pulls one in. 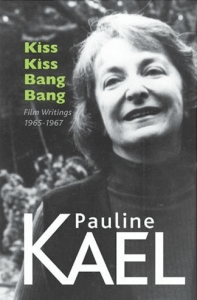 One of the most revered movie critics of all time, Pauline Kael, who actually preferred breathing celluloid to oxygen, hated close to every great movie ever made for like 40 straight years, and at the same time single-handedly turned Brian De Palma into an acclaimed director. For sheer brain-asploding insanity, read her review of De Palma’s Vietnam movie, Casualties of War, which as a piece of film criticism is fantastic and in-depth and knowledgeable and above all personal, yet its whole reason for being is to heap untold praise on what I am going to generously call one of the worst movies ever made by a director known to everyone on Earth (aside from Kael) as one of the worst directors to ever direct (see this article, however, for why just such a director’s work makes for some damn fine viewing, if not in the way Kael imagined). Kael is crazy, yes, but she’s crazy for movies. One wants to argue with everything she writes, but she’s a living compendium of the entire history of film, and without breaking a sweat can write circles around anyone.

But so there’s this point I’m trying feebly to make here, and it’s that the whole matter of her opinion isn’t it, I mean, it isn’t the point, the point is that her opinion isn’t the point, the point is that it’s her love of movies that matters. No matter what her opinion is, no matter what your opinion is, she presents you with a new way of looking at every movie she writes about. She goes deep into what movies mean, both to her and to society and to the history of film itself. Reading a book of her reviews is like going to film school. Probably it’s better than film school. She makes you look at everything with different eyes, eyes a lot smarter than your eyes, eyes with giant brains. (Idea for new movie: giant killer eyeballs with enormous brains grow in radioactive waste dumps and take over the world). Read her reviews and you’re going to want to rewatch the movies, whether or not you loved or hated them the first time. 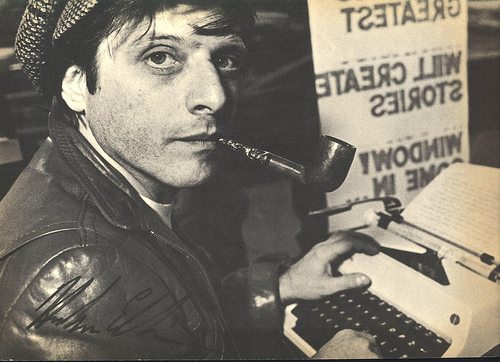 Harlan Ellison, science fiction author and opinionated bastard, wrote a column about movies in Los Angeles in the ‘80s, they’re collected in the book Harlan Ellison’s Watching (highly recommended), and like Kael his reviews aren’t so much reviews as jumping-off points for whatever’s bubbling up inside his head. He sees a movie, starts out writing about it, then slowly or abruptly leaves the beaten path and drags you, helpless, into the untrod underbrush below. He’s impassioned beyond belief. He’s outrageously opinionated. He hates all sorts of great movies that many of today’s movie nerds revere above all others, and loves a bunch of junk. And then again, sometimes his opinions are right on the money, hence one of his most perfectly titled pieces, Star Trek: The Motionless Picture. Indeed it is. But hey! Look there! It’s the Enterprise! Wow! Okay, now keep looking at it for another ten minutes.

Ellison is maddening, and that’s why he’s so goddamn readable. You will never come away from an Ellison movie essay without knowing what the man thinks and why he thinks it and how if you think differently you should be drowned in the La Brea Tar Pits for aiding in the destruction of civilization. And that’s a good thing.

I don’t yet know exactly what Stand By For Mind Control is all about, but one thing it’s not going to include are “standard movie reviews”, which must make up 99% of everything written about movies nowadays (and let’s face, probably in themadays* too). Start with a lead-in paragraph, detail the plot, say what worked and what didn’t, close with a wrap-up and a hammy one-liner. These are what Rotten Tomatoes collects and they might as well, because why actually read the review itself? The words are all filler around one simple statement, either “it’s good” or “it’s not good.”

The other kind of movie reviews, those that lurk in loftier places, want desperately to be like Kael. They strive to be about something larger than simply the movie itself, which good for them, but they always leave out the most important part—and this is going to sound like I’m contradicting myself, but wait for it, I’ll explain—the part they leave out is what they actually think of the movie! It’s like they imagine writing an essay instead of a review lifts them up above offering an opinion, it’s like they’ve read what I’m writing right now and they’re thinking, “Yes, exactly, what matters a single opinion? Instead I will offer profound Kaelian” (Kaelish? Kaelesque? You tell me) “insight, such that no one will ever nail down whether I actually liked or disliked the film, for if I may pontificate further on the matter, who am I ever to suggest one see or not see a film? I am here merely to discuss, never to opine.”

No, you fools! It’s not that your opinions don’t matter, it’s that your opinions aren’t the point. Your opinions mean everything in that they drive what you’re writing, they fire up your passion, they give your essays emotion and feeling and love! This is what we read you for, this is what anyone reads anyone for, this is the only reason anyone has ever loved an author. The best writers are the best because of what their writing says about them. Ah, there we go! That’s really what this is about. Whew! Finally figured it out. I knew this was about something. Well. I hope it is.

Take David Foster Wallace, who wrote a piece on why Blue Velvet is the best movie of the ‘80s. It’s everything I’m talking about here, smart and thoughtful and opinionated and personal. It’s great. I agree with him, but so what? If you’re Roger Ebert and hate Blue Velvet, you’ll still like it. Because the thing of it is, in the best movie reviews, the movie at issue is irrelevant. It’s never about the movie, it’s about the writer.

Writing is art, whether you’re writing about movies or shoes or the meaning of life, and good art is as much about its subject and humanity and the world at large as it is about the artist writing it. Kael’s and Ellison’s opinions matter because their opinions form who they are and why they think what they think. Were they to write about movies in some “objective” or abstract sense, were they to remove themselves from their reviews and focus only on the thing under discussion, they’d be removing the very beating heart of their own work and rendering it lifeless.

It’s not possible to write about art objectively. You can’t help but be you. You see the world through your own eyes. Don’t run from that view. Embrace it.

And now that that’s out of the way, don’t forget to tune in next week for our Dark Knight Rises movie review(s)!