It’s back to school time, kids! The smell of chalk dust is in the air, mom just bought you a new wardrobe at JC Penney’s, and hey! Look at that! You really can get through 10,000 pages of summer reading in three days if you eat enough Ritalin. Time to walk the halls with pride, popular/attractive/socially adept kids, king/queen of all you survey, or for you outcasts/misfits/weirdos to once again embark upon nine months of misery and oppression. Ain’t life grand?

It’s back to school time, teachers! Your eyeblink of freedom and happiness is over. You’ve just spent your rent money on the supplies your school is too cheap to provide, you’re covered in stress-related hives, and your friends think you’re a whiner for complaining about a job so cushy you get a summer vacation. Take a deep breath, pretend you still give a shit, act like you don’t notice the way 16 year-old girls dress, and repeat this mantra daily in the hopes you’ll one day believe it: “I gave up that six figure law-firm salary because teaching is the most important job in the world.” Yes, it certainly is. No, really. Shut up. It IS.

With this weekend’s double feature we’ll be looking at both sides of the magical world of high school, and doing it with Matthew Broderick as our guide. 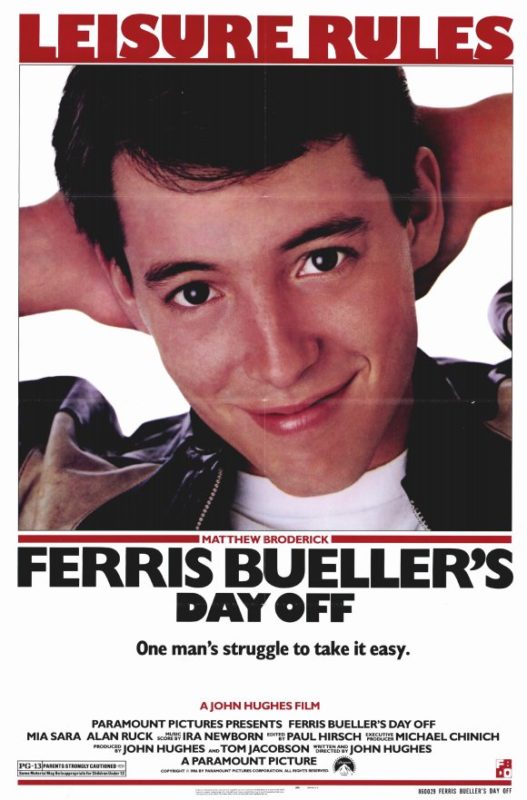 This is John Hughes’s best movie. It’s also his strangest movie. I’d even call it surreal. It takes places in a world removed from ours by just a few degrees. It’s our world, but it’s also not. And not in the “Hey I wrote a movie in a week, let’s shoot it” way of Weird Science, where it’s just a pile of over-the-top bullshit. Ferris Bueller makes perfect sense. It too is over-the-top, but taking place in the not-real world that it does, you’re fooled into accepting the over-the-top parts as perfectly normal.

Look at the character of Ferris. He’s on the one hand the most popular kid in school. Everyone in every clique knows and loves him. Yet he’s not portrayed as a “popular” kid. He’s essentially a geeky weirdo. Cameron, his best friend, is pure anti-social oddball. But his girlfriend is the epitome of the cool/hot/popular girl. Her first name is Sloane, for god’s sake. This is no world I’m familiar with. 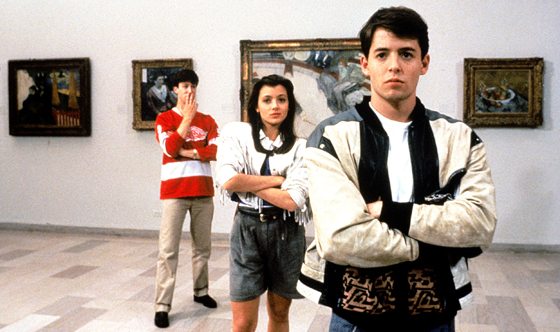 You know the story. Ferris fakes sick, takes a day off, tools around Chicago in a Ferrari (introduced to Yello’s marvelous song “Oh Yeah”) with Sloane and Cameron. Everyone at school thinks he’s dying save Ferris’s evil sister and the Dean of Students, played brilliantly by Jeffrey Jones, who hunts him down in absurd fashion. 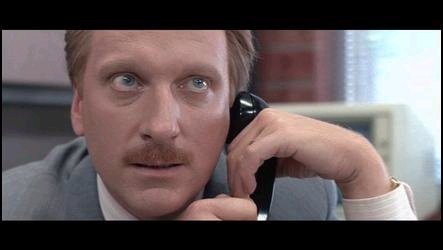 This movie has no more plot than any other Hughes movie. It’s just the story of a kid and his day off. What it does is it achieves another, stranger level of depth that I don’t even know how to define. There’s this kind of somber tone that creeps in. The musuem scene, the pool scene, the death of the car scene. It’s been long enough since I’ve watched the movie that I’m not even sure now what it all adds up to, but I know it’s one of those things where the whole surpasses what you’d imagine the parts should be capable of creating

Plus Charlie Sheen shows up. What more do you want from a movie? 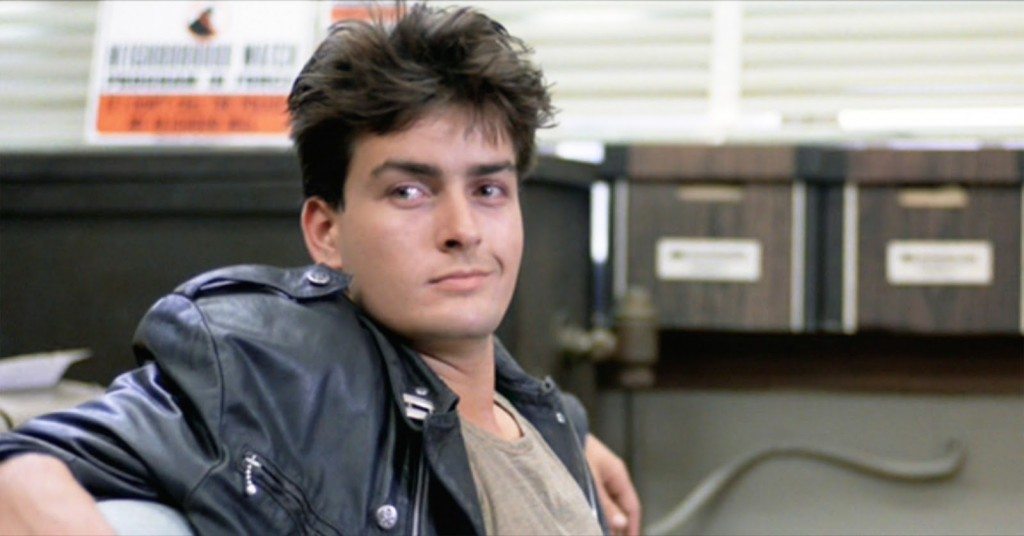 “There’s someone you should talk to.” 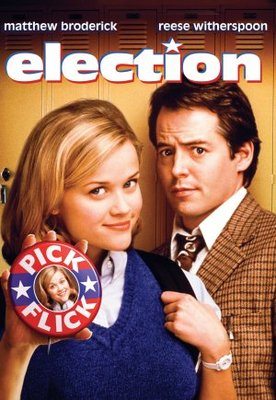 What happens to the most popular kid in the history of high school when he grows up? His magical life dies with the end of senior year. He gets married, and gets a job teaching high school.

Casting Broderick as the teacher in Election is a tiny bit of genius by Alexander Payne. Watching this movie imagining that this saddest of sad sacks was once Ferris adds an extra level of joy to the whole thing.

Here we have the story of a battle between an entirely feckless teacher, Jim McAllister, and a truly monstrous teenage girl, Tracy Flick, a role Reese Witherspoon simply kills with. 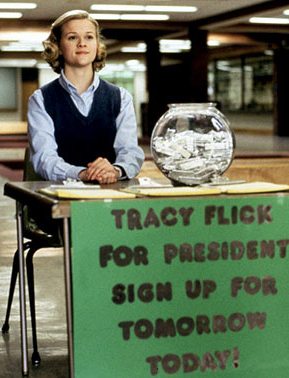 Poor Jim. He does what we all want him to do. He has to stop this horrible girl. We all hate her. Yet what right does he have to do what he does? Horrible people like Tracy sail through life no matter what we do to stop them. Trying to thwart them we’re only going to destroy ourselves.

This is Alexander Payne’s most enjoyably horrible movie. Everything that happens is awful, but it’s still funny as hell. Unlike, say, About Schmidt, also a great movie, but so depressing you need a fifth of whiskey when it’s over just to prevent your own suicide. 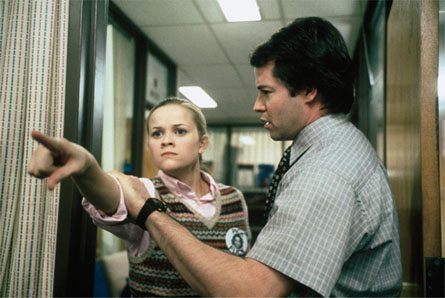 High school in all its glory, folks! Jump in and see what happens. If you’re still a kid, rejoice in Ferris’s universe, wish it was your own, and laugh with maniacal glee at the miserable teachers in Election. If you’re an adult, watch Ferris wistfilly, and Election knowingly. If you’re a high school teacher, well, just be sure you’ve got a bottle of whiskey handy.

2 responses on “Mind Control Double Feature #5: Back To School Edition”