The thing that drives me most insane about new Star Wars movies and George Lucas and those last three abominations is the very fact that it drives me insane. Damn you, Lucas, for getting to me when I was young and impressionable! Now I can’t help but care. Now I can’t help but think that maybe there is a new hope, that maybe someone will take this fascinating universe and, instead of going the Lucas route and engineering three of the most egregious cinematic abortions in the history of movies, make a decent flick. 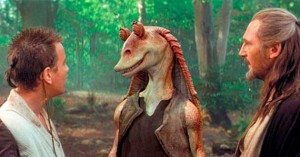 And then I read today that Michael Arndt is writing it. Arndt is the current Disney wonderboy. He wrote Little Miss Sunshine, which earned him an Oscar, and the script for Toy Story 3, which earned him a best adapted screenplay nomination. So they like him out there in Hollywood. Meanwhile, he has a few other animated movies and rewrites in the works, including an as yet unnamed Pixar project. 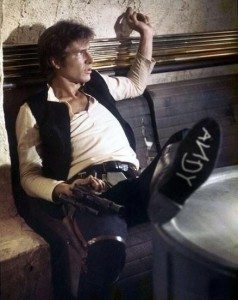 He’s been having meetings with Lucas to discuss the direction of the new movie. Sigh. Looks like Disney is going the full Disney route with their new purchase, and Lucas is still advising. But wait, you say, aren’t all Pixar movies works of genius? I am perhaps not so keen on them as many folks. Pixar movies are better than average, consistently, which is, granted, a minor miracle in the movie business, but the reason for this is a slavish dedication to making the same movie over and over again, with all the same story beats, all the same characters, etc. and so on. Pixar makes a product, just like Disney. It’s not a bad one, but it’s still product. Disney is in the toy and amusement park business. Movies make great ads for them.

Lucas has never made any bones about his career and about his fans. He’s often said movie fans are stupid, that all they want is crap, and to make money, that’s what one has to give them. I don’t think there’s ever been a major filmmaker more openly disdainful of his fans. He’s always seen them as a sad bunch of suckers he knows how to con. It’s depressing. To every claim that those last three Star Wars movies were wretched monstrosities he had two responses: 1) Look at all the money they made! and 2) They’re for kids; of course you don’t like them. 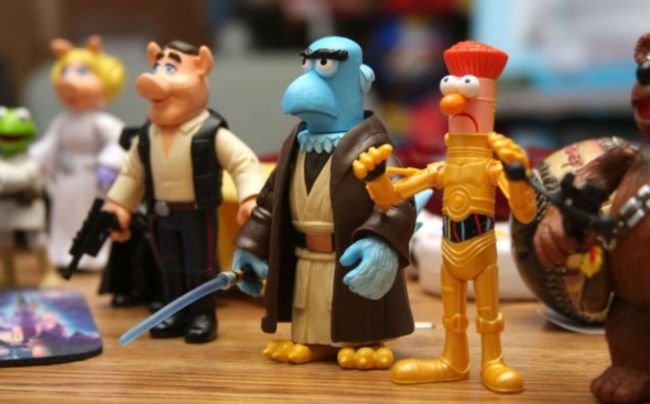 I can feel my blood boiling already. Why, Lucas, why do I care?! You are a fiend! 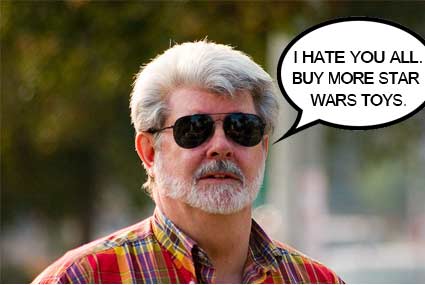 So anyway, Arndt. What will he do with whatever story he is given by committee to write some number of drafts of before other writers are hired, in secret, their work uncredited, to finish? Please discuss. And when the director is announced, we can gripe and moan still more. Yay!

But seriously. The Coen brothers Star Wars? Now that I’d be excited for.

3 responses on “From The “Well What Did You Expect? The Coen Brothers?” File: Michael Arndt To Write New Star Wars Movie For Disney”