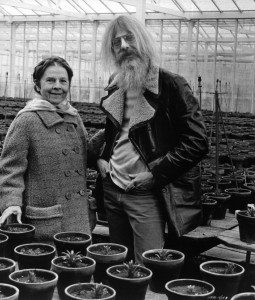 Here at Stand By For Mind Control, we’re big Hal Ashby fans. This is because he was one of the world’s most empathetic directors. His complex characters ride their flaws like wings made from isolation and longing. In screen figures like Billy Buddusky and Woody Guthrie we see a path through our own failures to something that’s not quite success but is still undeniably, resolutely alive.

Hal Ashby tells us stories about struggling through alienation to acceptance; acceptance of who we are and of what the world is.

And so it is, with heart heavy, that I’m going to write about Hal Ashby’s last feature film, 1986’s 8 Million Ways to Die. This movie is not, in any way really, a great film. It is not even honestly a good film. But it is, despite our hero’s isolation and longing, a story of finding acceptance in who we are and what the world is.

Our hero in this case being not only the film’s lead, Jeff Bridges, but also the director Hal Ashby himself. 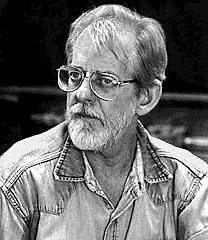 In order to properly address 8 Million Ways to Die, it’s important to know just a little about who Hal Ashby was. Ashby started in film as a massively skilled editor, winning an Academy Award for his work on In the Heat of the Night. He was meticulous and obsessive in the edit booth; this both served him well and sped his doom. It served him during his productive period, when as editor on his own films, he made what anyone sane would consider masterpieces. He directed seven films in the 1970s, from The Landlord through Being There. And then his flaws got the best of him.

Ashby fell into a deep commitment to drugs. His judgement deteriorated like sun-baked styrofoam. His brilliance in the editing suite—credited with imbuing his films with hypnotic drive—overwhelmed him. He reportedly spent six-months cutting and recutting a single sequence set to the song Message in a Bottle by the Police for the film Lookin’ to Get Out. The sequence wasn’t used in the film, which bombed anyway. Ashby overdosed trying to shoot a Rolling Stones concert film. He was fired from his next picture. Hal Ashby couldn’t get work, couldn’t work.

Peter Sellers and Hal Ashby during Being There

His wings melted in the heat and light of smoldering narcotics. Like Icarus he fell hard and fast.

The last film Hal Ashby was allowed to helm was 8 Million Ways to Die. They fired him after the last day of shooting, not even letting him near the editing process. Which is crazy; that’s like telling Babe Ruth not to go to bat. If Babe Ruth was a drug-addled mess who would refuse to leave the plate.

After this, Ashby shot a few television projects. He was self set on the path to recovery when his neglected health pulled the rug from under him. Ashby died of cancer in 1988. All hail the fallen hero. 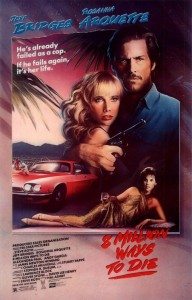 8 Million Ways to Die, if you haven’t heard tell of it, and that would be reasonable, is the kind of film you’d skip inspecting if you saw its case on the wall of your local video rental shop. It drips 1980s action-thriller cheese. In the poster, Jeff Bridges cradles Rosanna Arquette and packs both heat and a scowl. And that’s not too different from what you get if you watch the film.

Bridges plays Matt Scudder, hero of a series of books by Lawrence Block. He starts the story by killing a man during the course of his duties as an L.A. County Sheriff. He’s an alcoholic and retreats from the department to try to pull his life together. His downward spiral doesn’t stop, though, until his wife leaves him and he’s a ruin of a man.

At an Alcoholics Anonymous meeting, Scudder gets connected to a high-end prostitute who wants his help in getting out of the game. He tries to help, misunderstands the muddled situation, and she ends up dead. The trauma sends him back to the bottle in a big way. So much for six months clean. 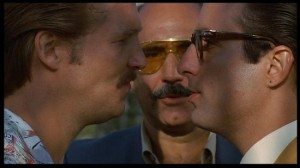 One of these men does not have a moustache. Just saying.

Waking up in detox days later, Matt Scudder needs to rid himself of the guilt of his failure, the disgrace of his disease, and the burden of his self-loathing. 8 Million Ways to Die winds its way through your average detective plot from there, throwing Scudder against Patricia Arquette’s Sarah (colleague and friend to the deceased prostitute), Randy Brooks’ Chance (an out-classed player [and extremely different from the Chance played by Peter Sellers in Being There]), and Andy Garcia’s drug runner, Angel.

Angel, by the way, makes Tony Montoya in Scarface look like an even-tempered massage therapist. And by this I mean that Garcia spends the whole film acting like he’s got his anus filled with fireworks coated in cocaine, which maybe he did. Not a whole lot is clear in 8 Million Ways to Die.

Here’s what I do know, though. Ashby must have been drawn to the character of Matt Scudder. Jeff Bridges plays Scudder as a man who knows he’s his own worst enemy. There may well be 8,000,000 ways for a man to get got in Los Angeles in the 1980’s, but 7,999,999 of them are irrelevant to Scudder since his end clearly comes packaged in a bottle. Let Chance’s goons shove him around. Let Angel rage. All they can possibly do is save him from suicide by sauce. 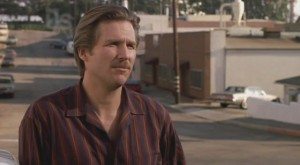 Unless, just maybe, he can pull his shit together and find a way to survive—not succeed, mind you, just survive.

That’s what makes 8 Million Ways to Die interesting. Jeff Bridges handles himself well enough, as does Patricia Arquette. There are occasionally shots and scenes that remind you of Hal Ashby’s genius, but most often the settings are as bland as any episode of Simon & Simon. Worse still, the scenes drag on interminably. Two people talk on and on and on in unbroken shots, almost as if there’s no master-hand behind the editing. Look ma! No hands! We can roll on like this forever! 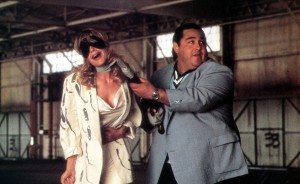 And you wonder; what did Ashby have planned for this footage? How much of it would have made the screen in his cut? And, if only snippets, what else would have filled the time? We’ll never know because they fired him when principal photography wrapped.

There are other things I could tell you about 8 Million Ways to Die. For instance, the score, by James Newton Howard, is as subtle as a suicide bomber. Oliver Stone wrote the script and it’s said that Robert Towne (of Shampoo and Chinatown fame) had a crack at it, too, as a favor to pal Ashby. Whatever Towne did or didn’t do though either didn’t help or Stone’s version must have been no better than something written in crayon on hot tar to start with. Which I could easily believe. (Stone also wrote Scarface, by the way, if you’re sensing  a pattern.)

The film’s not all bad, though. There’s a strong moment at the beginning when Scudder wakes up in the hospital. Another good scene shows up in the middle, unexpectedly, when Arquette pukes up on Bridges and then they recover together. Then, at the end, the climax is so full of screaming insanity it made me wish that I had some nice soothing Skillrex on instead. Most of the rest of the film just ambles along like a dog that’s slipped its lead. A dog that needs a bath. 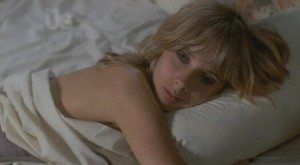 I miss Hal Ashby, though. I miss the films he might have made if he’d held on. I can’t tell you to watch 8 Million Ways to Die but I’m glad I did. Somewhere buried in there I recognize one of my heroes. Flawed and alienated but struggling to survive.

In the end of 8 Million Ways to Die, Matt Scudder pulls out of his tailspin. He overcomes his addictions and finds his self-worth. If only Hal Ashby had had the same chance.