On Saturday I attended Steven Soderbergh’s “State of Cinema” address, part of the San Francisco International Film Festival. I’m a huge Soderbergh fan, consistently impressed by the way he challenges himself and audiences to try new things. He’s also an amazingly engaging speaker. 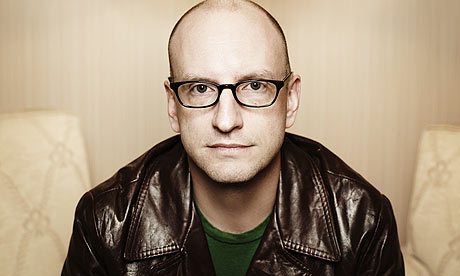 In forty-five minutes of looping, introspective thinking out loud, Soderbergh set forth a few of the realities that face modern filmmakers. Most of this, from his point of view, wasn’t good news. As he’s publicly declared he’s giving up directing feature films, this is not too surprising.

He started off by commenting on the evolution of the modern audience’s appetites, describing a man who sat near him on a plane watching only the action sequences from blockbusters—what he called five hours of concentrated mayhem. This prompted Soderbergh to question his suitability for surviving the present day. Was he out of touch? Maybe. He described his reaction as one of “present shock,” as in Douglas Rushkoff’s book of the same name.

From there, the director riffed on the economic truths that drive the business of Hollywood. He quoted figures demonstrating that studios make more money by spending larger sums on bigger films (due to the expanding prominence of foreign markets, etc). He bewailed the insanity of marketing spending, which takes a $10 million picture, adds $60 million in ads, and forces the small film to gross $140 million to break even after the exhibitors take their 50% cut of the box office.

Compare that, he said, to the tent-pole picture that costs $150 million to make, the same $60 million to market, and is more likely to gross over half a billion bucks worldwide.

Cinema audiences are shrinking and even though there are proportionally more independent-style films to see, the studio behemoths are taking a larger slice of ticket sales. In short: more films — what Soderbergh called “cinema” (films that challenge; which are the result of authentic vision) — compete for a small percentage of the market. Good films fall prey to superheros and fighting robots. 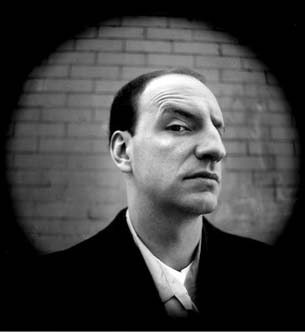 Soderbergh shared an anecdote about how he’d been called in by an agent to view a film that was having trouble finding distribution despite doing well at festivals; could he offer any advice? He went and saw the picture and threw up his hands. If a film this good couldn’t find a route to theaters, what was the point? In the end, the producers formed their own distribution company and got the film out — it was Memento by Christopher Nolan.

We heard Soderbergh speak about the mystery of tracking numbers and how there’s no science to how well or why a film will succeed. Magic Mike, he said, opened twice as big as anyone expected. And then, to my surprise, he outlined his dream of opening an artist-supporting endeavor. He spoke of a place where talent could be recognized and protected and allowed to make what ever they wanted, within reason.

Which, if you’ve studied any film history at all, is hardly a new idea. That’s what United Artists was when it was formed by Mary Pickford, D.W. Griffith, Charlie Chaplin, and Douglas Fairbanks way back in 1919. That’s what Francis Ford Coppola’s Zoetrope studios was and so too DreamWorks SKG — the ‘SKG’ standing for Spielberg, Katzenberg, Geffen. For almost as long as there have been films, artists have been trying to find a way out from under the inhibiting shadow of the money men.

Soderbegh jokingly asked for half a billion bucks to start this project up, the cost of just one big studio film.

And then he closed by advising those who find themselves in meetings with film-illiterate studio executives to add the following proviso to their pitch, no matter what the film is about. Even if you’re making a movie about child murderers or genocide, you should pause, mid-sentence, and mimicking an epiphany say, “You know what? In the end, this is a film about hope.”

He was funny and honest and warm. I felt depressed for the rest of the day.

Steven Soderbergh is a man who helped drag indie filmmaking into the fore with Sex, Lies, and Videotape. He made his films his way even when they had little chance of finding an audience — have you seen Bubble or The Girlfriend Experience or Full Frontal? Yes, he helmed the Ocean’s Eleven films and Traffic and Erin Brockovich but even then he was making what he’d call ‘cinema’ and not its opposite — the made-by-committee tripe that we call movies. Even now, at what may be the end of his feature directing career, he’s leaving with a film about Liberace and his bizarre love affair. No studio would bite so it’s being aired on HBO.

I agree with him, and with the numbers he cites, that traditional cinema is being trampled by the still rampaging ghosts of Jaws and Star Wars. We part ways, however, in whether we feel it’s time to cash in our chips. 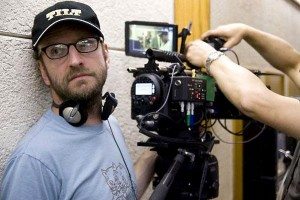 Now, granted, he’s Steven Soderbergh and I’m just a voice on the internet, but still. During his address, Soderbergh mentioned Shane Carruth and Amy Seimetz by name and tilted his head towards Kickstarter. He talked about how competition for eyeballs was coming from television programming of excellent quality and other alternative sources.

He didn’t say, “and that’s why I’m going to continue making cinema and will release it myself without spending $60 million on marketing, or why I’ll put it out on the internet and be satisfied with only a few million in profit.” He seemed to suggest that cinema as he described it must — out of practical necessity — remain tied to the studio system, to movie theater screens, and to lowest-common-denominator foreign market audience tastes.

I find that depressing. Yes. Soderbergh is correct. Iron Man 3 will dominate the box office and Upstream Color will fight tooth and nail for its tiny corner of art house screens. Michael Bay films will make a billion dollars and John Dies at the End will not. Spring Breakers won’t take Shanghai by storm while Pacific Rim leaves Asia a smoking ruin in its wake.

Who cares? Fuck ’em. Studio films need to make half a billion dollars because that money is split amongst a bunch of no-talent film idiot executives and shareholders who think a remake of Psycho is an inspired idea. Upstream Color, on the other hand, only needs to make Shane Carruth enough to make his next film. And you can bet your ass I’ll be seeing whatever that film is as it will be cinema by anyone’s definition.

Soderbergh has been fighting the good fight for practically as long as I’ve been watching and loving films. He’s tired, I see that. He’s worn down for respectable reasons. But he’s let himself become blinded by the Combine. I hope that once he gets some space and clarity he sees that he can do exactly as he wants simply by redefining success. There are today, more than ever before, clear paths out from under the inhibiting shadow of the money men. They may not be easy or exceptionally lucrative, but that doesn’t mean they don’t exist or aren’t important. If anyone can make these alternative pathways viable, it’s Steven Soderbergh. He’s done it time and again already.

He’s got talent and vision and —if you’ll excuse my gendered French — balls. He doesn’t owe me a damn thing, though, and I know that. I only want to him to see a way forward for the good of cinephiles everywhere.

Because if a brilliant man like Steven Soderbergh is ready to throw in the towel, the state of cinema is dire indeed.

One response on “What Steven Soderbergh Doesn’t See”