Here at the Stand By For Mind Control laboratories, we work day and night to bring you the finest in scientifically verified deep thoughts on all things cinematic. And what’s more, everything we write is 100% organic and never tested on animals. Unless you count slugs as animals. Which we don’t. 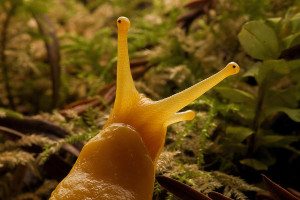 But our work appears on that most capricious of mistresses, the internet, so despite our tireless, wholly organic slug-tested efforts, some of our personal favorite posts go almost, but not quite, completely unread, while other posts, ones that, shall we say, killed a lot of slugs in their creation, rack up thousands of page views.

We don’t mind any posts enjoying popularity. We love our children. Even the ugly ones. But we’d like to give a few shouts-out to some of our favorites that may have slipped by you, posts we think you’ll enjoy, ones that, above all, are safe for both human and slug consumption.

5. Touch of Evil: It Was Some Kind of A Movie

I love Orson Welles’s ’58 noir masterpiece, Touch of Evil. I love it so much I wrote this ode to it, in the hopes of inspiring every single human who’s ever read anything on the internet to watch it, and to see what I see in it. Sure, come Friday night you think you just want to zone out watching Bruce Willis blowing something up with a small, helpless child by his side. But remember how that always makes you feel in the morning? Sure you do. Dirty and used. Next time give Touch of Evil a shot. Granted, it’s a dirty, seedy, grimy movie you’ll need to drink a glass of whiskey after watching, but in a good way.

This one’s got it all! You’ll come away with a book to read, a bucketful of strange movies to watch by both Lester, who you might well know next to nothing about, and Soderbergh, plus all kinds of history-of-the-movies glue to hold it together. Of course I now realize that the problem with writing about an unheard of book re-appraising the work of a forgotten director is that nobody remembers the director, so nobody’s looking to read about him. Hence, this little ignored child of a post. It’s so cute I just want to pet it.

Mind Control Double Features are mysterious indeed. Some take off, others lie low, hiding well out of sight. Of course we recommend every single one. We like your eyes, and aim to take good care of them. For me, this sneaky, little read double bill stands out. Or should, anyway. You might never think to watch either of these movies. I’m hoping you think again. They are both unlike anything else, except, in ways I describe, each other.

2. On Magic, Logic, Brains, and The Hollywood Spectacular

During the summer, my brain took a serious beating. Watching the parade of crap roll past on movie screens, I tended toward annoyance. To put it mildly. But as usual, defenders across this great internet of ours cried the same cry cried every summer: “Turn off you brain! It’s only entertainment!” In this little post, I take issue with this advice, all through the unlikely lens of an early Ingmar Bergman film! Are you excited NOW?! Come on, you guys, follow me!

1. Walker, Alex Cox, and The Stupid Bastards of The Late ’80s

Hold on. Maybe the problem is long titles. They’re too long! You get halfway through the title and tune out. It’s the internet, after all. No one’s got that kind of time. I’m going to have to look into this…

Meanwhile, there’s this movie called Walker, directed by Repo Man director Alex Cox, that was so completely hated and dismissed and unseen when it came out that nobody’s ever heard of it. How would you like to be in on a secretly great film? Check out the post, check out the movie, and you will join the ranks of an elite and terribly wise minority–those who have seen Walker.

Sometimes both the Supreme Being and I write about the same film. One of the posts usually ends up getting a lot of traffic and the other doesn’t. This burns my biscuits, even when it’s my post that gets the traffic.

You need to read everything if you want to get a passing internet grade.

Looking back at this last year, my exploration of what Zero Dark Thirty means stands out to me as some of my best cinema commentary. I’m pretty sure the six people who read the post agreed.

It is a sad fact: as awesome as our weekly double features are, they just don’t get the readership they deserve. This is an oversight we aim to correct through the secreting of easter eggs in these posts, which easter eggs will lead the first successful interpreter to a brand new Ferrari GT California filled with Quaaludes and whipped cream.

This particular double feature is one I feel pretty much anyone can get behind. Or underneath. Or on top of. You can be near this double feature in some fashion, with a smile on your face and sand in your shorts. I’m sure we can agree on that.

Yeah, well. This post is just a bit of ramble through what I’d been watching and thinking. The fact that this includes M. Night Shyamalan’s gobsmackingly atrocious The Lady in the Water shouldn’t scare you off. But it did. Practically no one read this and that’s a shame because it’s actually pretty durn interesting.

Maybe you’re afraid of scrunts? Maybe you like your Ender’s Game separate from your 12 Years a Slave? Don’t be such a wuss. Pull up your big boy pants and dare to investigate whether the wealth of information that modern movies present is, in fact, a boon.

2. Lookin’ to Get Out: What Hal Ashby Left Behind

I will admit that my fixation with the forgotten films of Hal Ashby has not led to universal acclaim. Or really with anyone appearing to notice at all. Lookin’ to Get Out is, however, easily the best of the mostly unseen portion of Ashby’s oeuvre, especially if you get the newly released secret version that Ashby himself edited.

It’s not Being There, but it is vintage Hal Ashby and our fixation with him and his work will not be dampened unless you’ve got a whole lot of slugs. Check out this post and then go rent Lookin’ to Get Out. It will make you a better person.

1. Mind Control Double Feature #70: If It’s the Last Thing I Ever Do

Sometimes our weekly hunt for intriguing double features leads us down the unexpected paths of cinematic confluence. This particular edition—#70: If It’s the Last Thing I Ever Do—will kick your mind’s ass two steps sideways.

I realize it’s difficult to squeeze two films into your busy schedule of lining a red candy up with four other red candies to make a color bomb so you can blast half of your Candy Crush screen into sugary powder, but: c’mon. Akira Kurosawa and Werner Herzog are here, offering to dangle you over the abyss by your eyelashes.

Who are you to say no?

Ironically, I bet no one reads this post. We’ll have to put it on Our Top 10 (Favorite) Least Read Posts of 2014. Do not let this happen. Make certain you read the post you’ve just read.

It’s the only way to be safe.