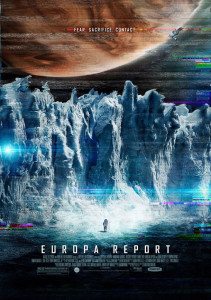 Watching Europa Report, a found footage science fiction movie from 2013, I realized why it is I’ve never liked found footage movies: they’re fake. All movies are fake, but by mimicking reality found footage movies achieve the opposite of what they set out to achieve: rather than appearing more “real,” their irreality is highlighted.

Europa Report is in a sense the “real” version of Alien. A spaceship finds life on a distant rock, and that life isn’t friendly. Disaster ensues. Alien is a movie through and through. At no point are you going to mistake it for a documentary. It’s shot beautifully, scored beautifully, acted beautifully, and the monsters are both scary and weirdly, perversely disturbing. It’s a tense horror/science fiction story, but because of the power of the filmmaking, it sucks you in emotionally. You connect with these people. And you do it not despite it being obviously “fake,” filmed from the perspective of an omniscient, all-seeing eye, but because of it. You are being told a story. The camera is the narrator. 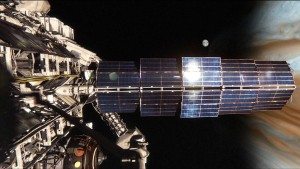 Europa Report tells the story of the first manned mission to Europa, a moon of Jupiter long noted for its icy surface. Is there water beneath that ice? If so, is there life swimming in it? Panelists at a pre-launch press conference explain that, in the world of the movie, water below the ice has been discovered, along with a strange heat signature. Indicative of life? It’s worth sending up a crew to find out.

This info comes some ways into the movie. It opens with the spaceship, views of which are limited to the fixed cameras in its few rooms, and those on its exterior. The astronauts hang out, killing time, one (Sharlto Copley) filming with a home video camera for his son, through which we meet the other astronauts. Then, nineteen months into their twenty-two month trip, communications with Mission Control are suddenly severed. 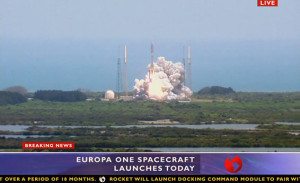 As though torn from today’s headlines

Dr. Unger (Embeth Davidtz), the CEO of Europa Ventures, is the talking head on the ground, presented as though interviewed for this documentary, Europa Report, that we’re now watching. She tells of the loss in communication and how it affected her and everyone else on earth. But at some point, by means not yet explained, all the footage from the voyage was eventually recovered, from which footage this “documentary” was made.

The next thing we see is the crew of the ship, some hours after the loss of contact, despondent over a death. Which crewmember died? It’s tough to tell; we’ve barely met these people. And how did he die? We won’t find our for another 45 minutes. 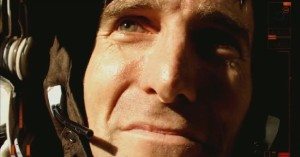 This is something the movie does repeatedly: it withholds information. All movies withhold certain information to create drama and tension. In Europa Report the tactic feels forced and manipulative. Showing us the crew upset at a death and then dropping the subject for 45 minutes doesn’t work. When the death scene is finally played, you understand why, dramatically, they wanted it where they wanted it. It’s one of the best scenes in the movie, certainly the most emotionally affecting. The question is, why make such brief mention of it early on and then drop it for so long? I began to wonder if the death was something I was supposed to care about, or if I’d missed a piece of information. A strange choice. 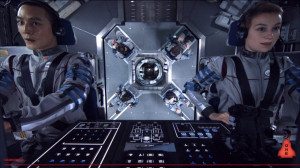 It points to a larger problem. The use of “actual” cameras is itself a method of withholding information, as is the style of editing. And what’s the editing style? Manic, one might say. There’s no less editing in here than in a Hollywood summer blockbuster. It’s rapid-fire, sometimes with multiple screens on-screen at once, all flickering and jittering. Isn’t the conceit of the movie that it’s a documentary made of actual found footage? It’s not edited like a documentary. Not even close. The movie is schizophrenic. It wants to rely on found footage to give it an air of “reality,” then undercuts itself at every turn with its overt stylization.

I don’t think the director, Sebastián Cordero, thought through his conceit beyond the found footage angle. The idea has appeal: show what such a journey would look like to those of us down on earth, given that our only info comes from the cameras on board the spaceship, and do it in a way that seems scientifically accurate. In the world of found footage films, no one’s done that one yet. But if it’s cut together in a way that highlights the manipulation of information, you end up with something more fake than the intrinsic fakery of a normal movie. 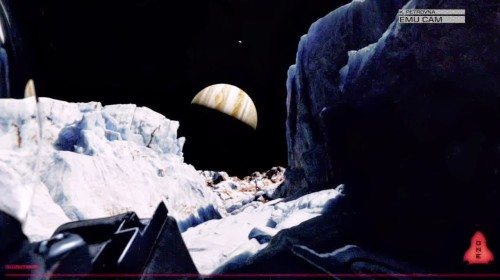 Wandering on the surface

Or at least you do in Europa Report. Could one use this technique successfully? One could, but one would have to be exceptionally clever to do so. I was reminded of Werner Herzog‘s totally strange pseudo-doc, The Wild Blue Yonder, which also involves a long space flight and the exploration under the ice of an oceanic planet. Herzog pulls it off not with found footage, not exactly, but in a way resembling a documentary, or at least the kind made by Herzog. He uses many camera souces, including actual footage of real astronauts aboard the real shuttle, which he overlays with narration telling a very different story than what was actually going on. It’s a wonderful repurposing of otherwise dull material. 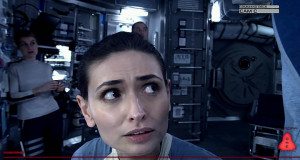 These eyes have seen too much

Herzog, though. Who’s going to do anything better than him? He’s a master of the documentary form, and within that form, he’s a master of subverting it to his own ends, ends he calls “poetic truth.”

I think what Europa Report lacks more than anything else is poetic truth. Alien has poetic truth, even if its monsters are far more removed from the probable than the life that turns up at the end of Europa Report. What do we learn in Europa Report? And by that I mean, what about people? What about the profundity of discovering alien life? What about the dangers of space travel? Factually, we learn some of what could pass for reality. But emotionally? Philosophically? Of these matters the movie has nothing to offer. Its scientific remove prevents any connection to the characters. 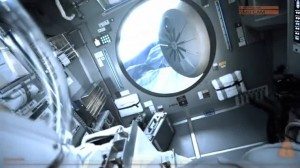 Our heroes arrive on Europa. They land on the ice. One of them elects to wander out onto the surface to better collect samples. It’s not hard to guess what happens to her. It’s not hard to guess what happens to everyone. With that said, this last section of the movie is the most engaging. The surface of Europa is beautiful, and the strange bioluminescence moving around below the ice is effectively eerie. You know something big is down there, and you know it’s not going to poke up its head and ask politely for a cupcake.

Europa Report isn’t bad. It feels like the elements for a smart, original film are in there, but I kept thinking that had it been shot without the veneer of found footage “reality” it could have been far more powerful.