(Please enjoy this review by Stand By For Mind Control‘s brand new intern, Jimbo “Wally” Smoop. Wally hasn’t seen many movies, but he’s a hard worker, and we think, given time, encouragement, and plenty or Orange Fanta to keep him awake and hydrated, he’s really going to shine.) 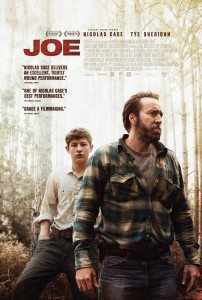 Joe is a movie that came out in 2013 and stars Nicolas Cage. Nicolas Cage plays Joe, who is a man who is nice to some people, but who is not nice to other people. Joe has a job and his job is to poison trees so that the trees die and then the logging company will cut down the trees that it could not cut down before when the trees were not dead. I think the logging company is not a good company because why is it okay to poison trees but not to cut them down?

Black men work for Joe. They are very real and talk like real people and they like Joe and Joe likes them. Joe is not a racist, unless not liking trees is racist, but I don’t think it is, and maybe also how do we know Joe does not like trees? Maybe he likes trees and maybe he is sad that he has to poison them. Maybe Joe would like to have another job. The movie Joe does not say whether or not Joe would like to have another job. Joe wants another truck because his truck is old, but I think that is not an important part of the movie. But it might be. Also the trees. 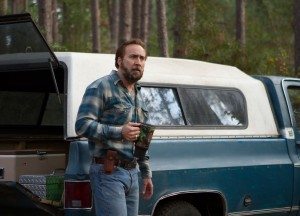 Also there is a boy who is fifteen years old and his name is Gary and his father is very old and drinks too much and sometimes he hits Gary which I think is a bad thing to do. I also think Gary thinks it is a bad thing to do. Gary’s mom is very tired in the movie I think because she is sitting all of the time and also when she says things she does not say very many of them. They are very poor and Gary wants to have a job and he asks Joe for a job and even though Gary is white Joe gives Gary a job and all of the black men who work for Joe like Gary and Gary likes all of the black men and Gary is very happy when Joe pays him money for working. 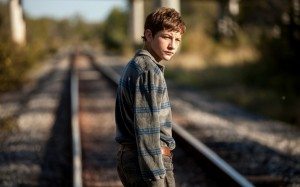 Gary’s dad also works for Joe for one day but Gary’s dad is not nice to the black men who work for Joe and one of those men yells at Gary’s dad for a long time while also Gary’s dad yells at the man who is yelling at Gary’s dad. When I saw that scene I thought to myself that I would be surprised if Gary’s dad worked for Joe again. I was right! He does not. He takes Gary’s money and hits Gary and even though Joe sees this happen Joe does not do anything because Joe does not want to get involved because when Joe becomes involved he becomes very involved and then maybe a bad thing will happen. Joe says this to a pretty girl who wants to live with Joe. I think he lets her live with him because she is very pretty and because her boobies are hanging out of her clothes and I think Joe likes her boobies because in another scene Joe goes to a whorehouse and the chief whore lady who has a very mean dog knows him very well. Why is the mean dog mean to Joe? One of the other whores pretends to be a dog but I think that is not an important part of the movie.

This is Gary’s dad. He looks nice in this photo but he isn’t nice.

Everyone is very real in the movie Joe. The actor who plays Gary’s dad is a real man for real who is homeless and poor and drunk and also he is dead because he died before the movie ever came out even, which is a sad thing especially because it is true. I think it is not right to call this stunt casting because he is dead now and it is not nice to say things about dead people because if you do say things about dead people that are not nice and the dead people hear you then they will come to you in the night and eat your brain through your face and also they will eat your soul and then you will be a soulless dead person and nobody wants to be a dead person who does not have a soul and who eats peoples’ brains through their faces.

I thought about dead people a lot while I was watching Joe because of how long the scenes in Joe are. They are long because they are real and I think real people take a longer time to say things than people who are not real. 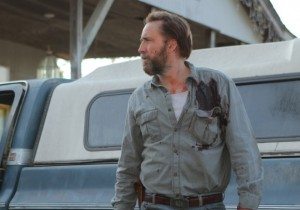 Gunshot wounds don’t hurt Joe as much as I think a gunshot wound would hurt me, but then I have never been shot.

Another thing that happens is that a man shoots Joe but only in the shoulder and with a shotgun and Joe takes out the shot by himself even though it looks like it hurts him. The next day Joe is okay again. He is very strong.

Nicolas Cage looks different with a beard and with his head not on fire and I think this is why people like to see him in the movie Joe.

Joe I think did a bad thing before the movie or maybe many bad things and he does not want to do any more bad things but then Gary’s dad kills a poor old black man and steals his bottle of wine and I think that’s when I thought for sure that Gary’s dad is not a nice man.

Did you know that in 1970 there was also a movie called Joe and that it starred Peter Boyle as a man named Joe?

That is all I have to say about the movie Joe. 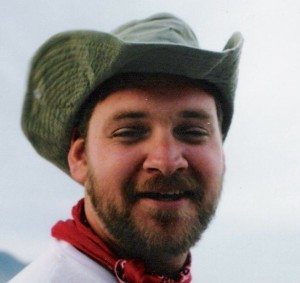 This is a photo of me, Jimbo “Wally” Smoop. You can call me Jimbo or Wally but I like Wally better.