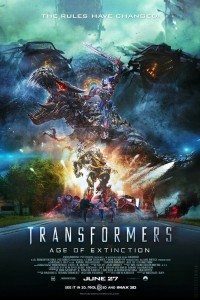 Transformers. They’re more than meets the eye, which is just an expression. Because if you ever really got a Transformer in your eyes, you’d know exactly how much they are. Or something. But they can change into cars and stuff! Maybe dinosaurs?

Frankly, I don’t know. I haven’t seen Transformers: Age of Extinction yet. But I do know some things about cars — or at least about cars in the movies — and I understand deception, unless I’m deceiving you.

Are you a deviously clever non-Decepticon? Prove it.

1. In Vanishing Point, why did Kowalski need to get a white 1970 Dodge Challenger R/T 440 Magnum to San Francisco by Monday?

a) Super Soul, the blind DJ at KOW radio, bet him $1,000 he couldn’t make it by then.
b) Cops, man. Cops.
c) This naked groovy hippie chick on a motorcycle is waiting for him there, but only until Monday.
d) He doesn’t need to.

2. How fast must the bus in Speed go in order for it not to blow up?

3. Which of the following is a female Transformer? 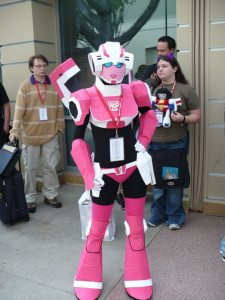 4. Now that you know that Transformers have gender, can you picture them having sex?

a) Yes
b) Not yet. Show me some pictures.

5. Francis Ford Coppola once made a biographical film about an automobile manufacturer. Was it about:

6. Which of the following was NOT used as a time machine in the Back to the Future trilogy?

7. Richard Pryor, Harvey Keitel, and Yaphet Kotto starred in Paul Schrader’s Blue Collar, about auto workers who attempt to rob their union. What do they end up stealing? 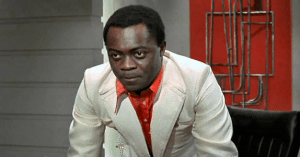 8. Yaphet Kotto has a pretty awesome name, don’t you think? Wait. That’s not the question. Uh. In Alien, which takes place on the commercial towing spaceship Nostromo — which isn’t a car, but might be a Transformer — how does Yaphet Kotto’s character Parker get it?

a) He is too slow with the flamethrower
b) He chases the cat, Jonsey, into the wet chain room
c) A chestburster bursts out of his chest
d) He gets ambushed in the air ducts

9. Do you think, now that I’ve planted the idea in your head, that there’s a good chance that once you fall asleep you’ll dream about sexy Transformers having sexy sex?

a) Yes
b) Most assuredly

10. Which of the following films does not feature an irritating hitchhiker?

To find out the answers, just turn your computer monitor upside down and shake heartily. No, I meant shake the monitor heartily not… oh, forget it. I’ll just tell you. Scroll down a bit.

1 = d, Kowalski just sort of wants to go to San Francisco right away. And he doesn’t make it all and not by Monday.
2 = c, 80 kph or 50 mph, which is the same thing just in a stupider system of measurement
3 = a, Yes, her name is Discharge. I bet that was a rough childhood.
4 = a, This is a trick question. You were already thinking about banging Autobots.
5 = b, Preston Tucker was the dude and the film is Tucker: A Man and His Dream
6 = d, Duh. It’s the hoverboard. How could a hoverboard be a time machine? That’s just dumb.
7 = b, The safe is mostly empty, but the accounting ledger implicates the union in crimes.
8 = a, Poor Parker doesn’t use the flamethrower because Lambert won’t get out of the way.
9 = b, Sleep tight
10 = d, Although you could argue the hitchhiker in Two-Lane Blacktop was irritating. Let’s not fight about it. I believe that you’re not a Decepticon. Mostly.

Did you enjoy this quiz? Would you like to see more quizzes that help you prove you know nothing of real value? Let us know and maybe we will actually get a plug-in or something that makes our next quiz less janky.