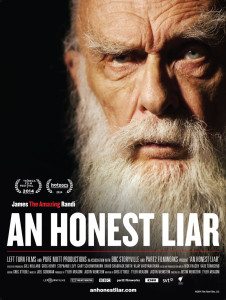 Magician, escape artist, and famed debunker of “psychics,” “faith healers,” and other unscrupulous liars, The Amazing Randi, AKA James Randi, gets his own documentary with An Honest Liar. Even at 80, he’s a smooth talker and a consummate entertainer. The movie, too, is smooth and entertaining, without falling into the trap of simply going through the events of its subject’s life chronologically. Directors Justin Weinstein and Tyler Measom jump around a bit before settling in to focus on the most famous of Randi’s debunking exploits.

He started out his career as a magician and escape artist, modeling himself on Houdini. His goal early on was to beat various records set by Houdini—staying locked up longer, or escaping impossible imprisonments more quickly—and this he did. Soon he found that his magical powers of mentalism would easily fool people to the point they were desperate to give him their money if only he’d predict their personal futures.

As various magicians interviewed in An Honest Liar explain, this was the pivotal moment for Randi, the realization of the power he held. Would he use it for good or evil?

Unlike, say, spoon-bending sensation Uri Geller, Randi chose not to bilk people of their money with his lies, but to show how other liars went about tricking the unsuspecting. 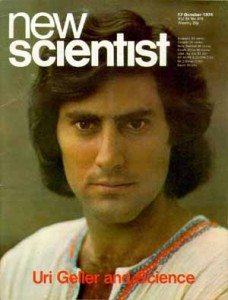 An Honest Liar focuses on a few of Randi’s most notable debunkings. In the ‘70s, Uri Geller appeared. He claimed to use telekinetic powers to bend spoons and keys and whatnot. He came along at the perfect time. A new breed of physicists, fascinating by quantum mechanics, were busily trying to prove it allowed for all sorts of unlikely “psi” powers, and when Geller turned up, they were as eager as any mark to believe him. “Scientific” tests were done on Geller at Stanford Research Institute. Lo and behold, he convinced the physicists he was for real.

Randi was not impressed. A frequent guest on The Tonight Show With Johnny Carson, Randi was asked for advice on how to handle the props for Uri’s first appearance on the show. Randi suggested they tweak a number of small metal canisters in a way that would screw up Uri’s scam. A metal ball would be put into one of ten canisters, and Uri would find it by magic. Or would he? Thanks to Randi’s simple behind-the-scenes manipulations, Uri couldn’t do it, and there on TV he had to tell Carson that his vibes just weren’t strong enough. 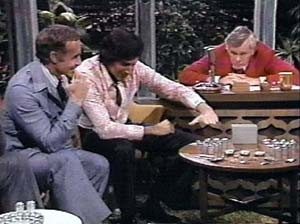 Uri, not feeling “strong” for some crazy reason.

But this didn’t kill his “career.” More TV appearances followed, where his tricks went off just fine. Soon, Randi began to go on the same shows and do the very same spoon bending tricks Uri had done, literally repeating his act. What more proof that Uri was a magician? It didn’t stop Uri. Sure, said Uri, Randi’s a magician, but I’m bending spoons with my psychic powers. And on his career continued.

And still scientists wanted to test telekinetic powers. Leading to Randi’s Alpha Project. He found two young magicians, spoon benders, and had them apply to a paranormal research project. Of the hundreds of applicants, only two subjects were chosen. Both were Randi’s plants. (The unstated point: people claiming psychic powers were quickly seen as liars, whereas the magicians, i.e. the professional liars, were not.) 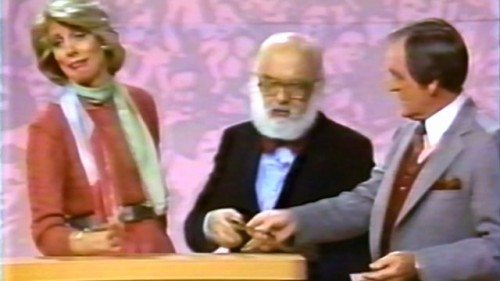 Randi bends spoons with the power of lies

Despite Randi himself sending the project a detailed list of safeguards to emply so as not to be tricked by fakers (Randi’s own fakers, even!), the scientists were lazy and sloppy, and the two magicians, over years of testing, fooled them. The reason seems obvious: the scientists wanted to be fooled. And so they were. They saw what they wanted to believe. Scientists are human, too, it turns out.

An Honest Liar has a personal angle as well. Randi, it turns out, is gay, and has been living with his partner, Jose Alvarez, for over twenty-five years. During the filming of the movie, something interesting goes down with Alvarez, something suggesting Randi has himself fallen for a kind of deception. Or at least that’s how the movie plays it, i.e. the debunker deceived! Oh, the irony! This point isn’t made with much finesse, but going into Randi’s personal life adds to the overall picture of a fascinating man.

Interviewees include Penn & Teller, Alice Cooper (with whom Randi performed for awhile), Adam Savage, Bill Nye, and, by the end, good old Uri Geller, still miffed that Randi tried to ruin his “career,” and still refusing to cop to being a magician.

One question An Honest Liar brings up but never does much with is how people continue to swallow snake oil no matter how often it’s been debunked. Geller is kind of gleeful on this point. Millions still believe in, well, anything magical you can think of. People want to believe. Showing how they’ve been tricked is the last thing they want. In clips of Randi on talk shows, audience members are outraged at him. They want to believe what they want to believe. So what’s the point of debunking? I can think of some answers, but the movie never really offers any. Might have been powerful to hear Randi addressing this issue directly.

But no matter. An Honest Liar is plenty entertaining. It’s a pleasure seeing Randi take down faith healer Peter Popoff, spar with Geller, appear with Fonzi on Happy Days, and, in general, call bullshit on the world’s endless supply of bullshitters. 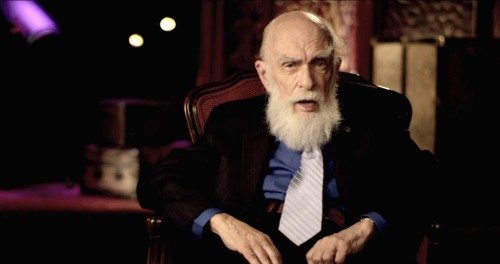 3 responses on “An Honest Liar: Feats of The Amazing Randi”