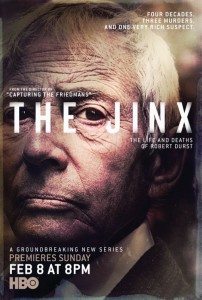 The Jinx, HBO’s doc about Robert Durst, possible killer of three people, ended Sunday night with what many are calling an admission of guilt, made unwittingly by Durst in a bathroom with a live mic still attached to his shirt. He mutters in his standard muttering style that he’s been caught, says “he was right and I was wrong,” probably in reference to his lawyer having advised against this series of interviews, and finally says, “Killed them all, of course.”

Which isn’t an admission of guilt. Not based on the way he’s been muttering throughout this doc. He might just as well be speaking aloud what others will now be saying about him.

Not to say he didn’t do it. Lord no. It’s close to impossible to believe he didn’t shoot dead his friend Susan Berman in Los Angeles, then send the cops a note with her address and the word “Cadaver.” Especially once you see the bombshell at the end of the penultimate episode, the envelope he addressed to Susan in exactly the same handwriting.

In the final episode, he’s shown the identical handwriting samples, says yes, he wrote the envelope, and no, he didn’t write the note to the cops. What else could he say?

And now, in a bit of timing ideal for HBO, Durst has been arrested for the murder of Berman. 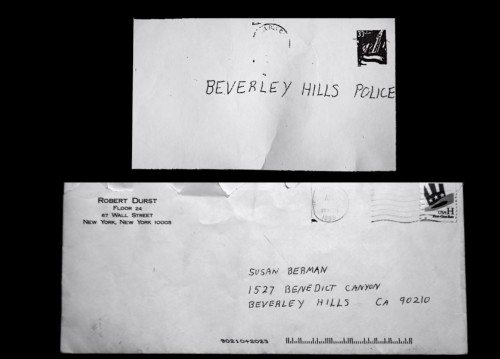 Anonymous note to the police on top, letter to Berman below

His lawyers say he’ll be pleading not guilty. And why not? I wonder what the L.A. prosecutors have on Durst. Matching the handwriting is one thing, but if pressed, why wouldn’t Durst say something like, “Okay, yes, I did drive to L.A., I went to see Susan, and when I arrived I found her body. I thought, of course the police will think I did it if I call them, so instead I wrote the note and left. I couldn’t help her by staying, could I?”

I’m not saying this is a brilliant defense, but the man admitted to killing his neighbor and cutting him into pieces only to claim the killing was in self-defense. And the jury bought it. Without the victim’s head—and thus evidence of where the bullet entered it—it was only the creepiness of cutting up the body incriminating him. Granted, for many juries, this may have been more than enough to convict. But Durst got off. 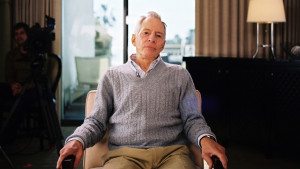 I’m sure he’ll try something similar in the Berman case. If there’s no murder weapon, if there’s nothing else tying him to her death other than the creepy note to the police, he might get off.

As for motive, it’s assumed, but not known, that Durst told Berman he murdered his wife. When the D.A in NYC reopened the case, they planned to talk to Berman. Durst got to her first. Or so the reasoning goes. 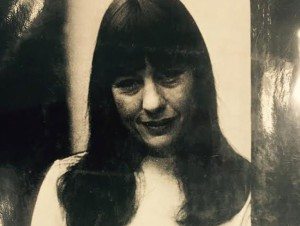 Apparently the director of The Jinx, Andrew Jarecki, didn’t come across the secret bathroom audio until two years after it was recorded. Prior to that he’d been working with police since 2013. The doc was many years in the making. It seems as though the bombshell almost-murder-admission is what tipped the scales and led to Durst’s arrest.

It’s still an open question as to whether or not the audio, recorded unbeknownst to Durst in a moment he thought private, may be admitted in court. I’m guessing someone will find a way to bring it in. I’m also guessing Durst will have the best defense lawyers unlimited funds can buy on hand to explain why it’s bullshit.

As a doc, The Jinx is at least two episodes too long, and heavily padded with excessive “recreations” (and now, one minute of a man delivering a letter!), but if it results in convicting a man of murders he’d previously gotten away with, you’ve got to hand it to the filmmakers. They may have actually done something beyond merely entertaining/informing. It’s like the opposite of The Thin Blue Line, in which Errol Morris’s famous ’88 doc resulted in a man wrongly put on death row being freed.

No matter what ends up happening, it looks like soon we’ll have a high-profile trial to follow. I am fascinated. Based on Durst’s past luck/scheming, I’m currently betting he gets off. Any takers? The usual amount, of course. We’re gentlemen here, after all.

5 responses on “On The Jinx, Robert Durst, And Whether He “Killed Them All””