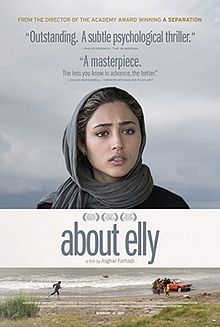 Asghar Farhadi’s About Elly isn’t his newest film, it’s only his newest film to be released in the United States. It originally came out in 2009, before his brilliant A Separation and well before his marginally less brilliant The Past — both films that SB4MC editors have determined, scientifically, you must watch.

Based on the director’s growing international acclaim, this picture, really Farhadi’s fourth, is now heading to American cinemas. That’s a good thing, too, as About Elly hasn’t been easily available here until now.

As you might expect, this film is excellent in ways like and yet unlike A Separation and The Past. That’s all you really should know about it, because About Elly is a mystery. Not a whodunnit mystery, but rather a philosophical mystery, like the mystery of whether or not Schrödinger’s cat remains alive. 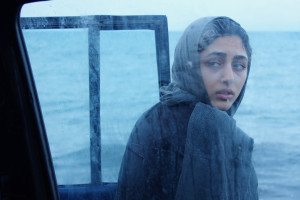 About Elly is a mystery about observer bias, and you are among the observers. Because we watch it, we effect how it gets resolved, or whether it gets resolved — not literally, but close enough.

As if anything in this world, or in Asghar Farhadi’s films could ever come to a neat resolution.

Without unpacking its plot, I can tell you that if you appreciated A Separation and The Past, you will also appreciate About Elly. What I don’t want to tell you is what About Elly is substantively about beyond, as you might suspect, Elly. A brief introduction will have to suffice: 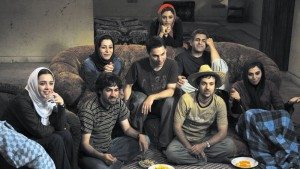 Here we have some friends off on a holiday weekend.

A group of friends leaves Tehran for a holiday weekend on the coast. Sepideh (Golshifteh Farahani) coerces or lures along her daughter’s schoolteacher, Elly (Taraneh Alidoosti), seeing her as a potential match for their recently divorced friend Ahmad (Shahab Hosseini). Almost from the beginning, Sepideh’s plans unravel in ways unexpected and natural. Her minor fabrications and good intentioned manipulations bloom like algae in a still lake. You might, during its first act, suspect you know where the film is headed — as did I, to an almost certain degree — but then you’d be as wrong as I was.

And even in telling you that what you suspect will be incorrect, I’ve begun to unravel the mystery of About Elly in a way I’d rather not. I have added my own observer bias to yours. It is clever; this. By making us think we know what to expect, Farhadi teases us into the role Sepideh plays in the film. 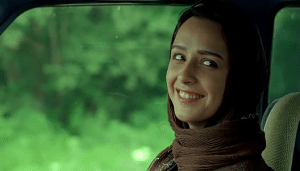 This is Elly. How about her?

Only, no one really knows what to expect and that is the problem and beauty of life.

Like all of Farhadi’s films that I’ve seen, About Elly plays without even a sheen of artifice. Each actor, each performance has exactly the sort of unstaged feel that today’s found-footage garbage attempts, and resolutely fails, to capture. These people on screen are simply friends, behaving as friends do. They are Irani, and that culture and its differences from ours are quite apparent, but not in the way you might expect. Because your expectations are a trap you lay for yourself.

This is also part of Farhadi’s genius. He is able to take situations that feel personal and real and specific and from them build a mirror that clearly reflects you, regardless of whom you are.

Unlike his later films, the story of About Elly is deliberately oblique. To see where it is going is to effect its destination, because it is a mystery about intentions and their corrupted results. I cannot, I’m afraid, say more. To call About Elly‘s main surprise a plot twist is akin to referring to your birth as an occurrence of note; in one moment, everything changes, including what film you are watching and even potentially whom with.

As for the film’s themes, take note of what Ahmad says, early on in the film:

A bitter ending is better than an endless bitterness. 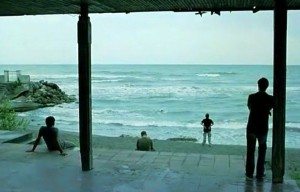 It is not a statement of fact; it is a hypothesis to be proved or disproved. As Farhadi plays with images of constraint and freedom and as the events of About Elly unfold, the question is: how would you prefer your bitterness served?

About Elly opens on May 22, 2015, at Landmark’s Opera Plaza Cinema in San Francisco, Landmark’s Shattuck Cinemas in Berkeley, and Camera 3 in San Jose.

2 responses on “About Elly: Solving the Mystery of Yourself”