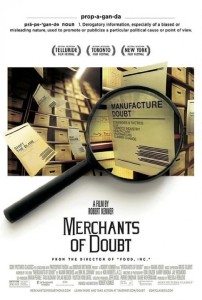 Merchants of Doubt, Robert Kenner’s documentary film version of Naomi Oreskes and Erik M. Conway’s 2010 book of the same name, is about calling bullshit. Since one of my favorite things to do is yell ‘bullshit’ at the television, I thought I better watch it.

The good news is that Merchants of Doubt gives you plenty of outrage fodder, assuming you assume the facts it presents are accurate. But since the film is predicated on the idea that facts are frequently misrepresented and conclusions manipulated, it ends up undermining itself. Essentially, it preaches to the choir when it would have been more effective keeping its mouth shut. 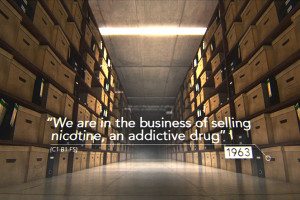 Its first half, full of talking heads and passable animations, outlines — engagingly and convincingly — just how full of shit the tobacco industry was when it, for decades, claimed smoking cigarettes was not proven to cause health problems. It is and was proven. Everyone knows it and pretending otherwise is full of stupids. Just as compellingly, Merchants of Doubt draws definite connections between the tactics and personalities that kept cigarettes unregulated with those that were used to keep furniture full of harmful, useless, and lucrative flame retardants. 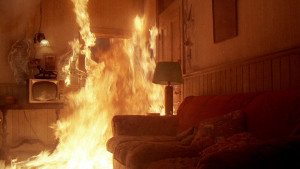 It then goes on to focus, doggedly, on climate change skepticism and loses the plot. It does not lose the plot because the tactics being applied to obstruct action on climate change are any less transparent or heinous, or because the personalities are craftier — they’re the same damn people, more or less. It loses the plot because it stridently takes a side after convincingly showing you how to make up your own mind.

Look. Climate change is as clearly a human-caused phenomenon as cancer is a cigarette-caused one. Trying to convince me that that is so only makes me suspicious. More suspicious than I am normally, even, and I’m normally a very suspicious character. Interviews with a Republican representative from a conservative area and others with the editor of Skeptic magazine, both of whom were eventually convinced by the science, don’t convince me. They make me wonder about everyone’s agenda. 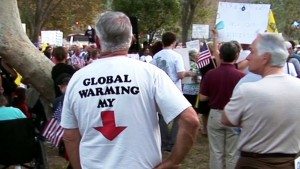 The agenda is clearly to obstruct the obstructionists. But since the film Merchant of Doubt contains no more hard data than the faux reports prepared by the Heartland Institute (which the film mocks), it is as equally as worthy of my shouts of ‘bullshit.’ It will, in short, convince no one of anything.

This problem is exacerbated by the fact that one of the main interviewees in the film is Dr. Naomi Oreskes — author of the book on which the documentary is based — but her association with the material isn’t mentioned, ever. This is nearly the same sort of subterfuge the film curses industry shills for applying in television appearances and in congressional testimony. Full disclosure builds trust; Dr. Oreskes is on screen now telling you what her book told you only you didn’t read it. 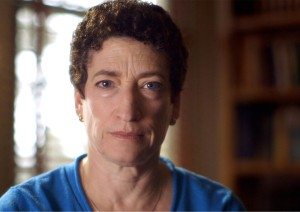 Dr. Oreskes is, by the way, quite erudite. The evidence she presents is as hard to ignore as that of the psychopathic doctor who fabricated infant burn victims to keep the flame retardant business booming.

In the film’s second half, there are some wonderfully disgusting interviews with Marc Morano, who would smilingly turn his dog into succotash for a silver dollar, and some more depressingly familiar run-ins with people who long ago lost their ability to question their assumptions. If you know people like that — and they come in all political stripes — don’t bother showing them Merchants of Doubt. Or, at least, not the second half.

Watching the first half, and raising everyone’s awareness of how we’re being lied to continuously and effectively by industry, is great. They should show this half in schools before they give kids the keys to the television. And then they should show them the data that only a moron or a shill would deny connects human activity to potentially catastrophic climate change and give students the ability and confidence to interpret it for themselves.

If that doesn’t work, I’m willing to teach a course in how to yell ‘bullshit’ at everything that’s not nailed down. No charge.

One response on “Merchants of Doubt Leaves Me Skeptical”