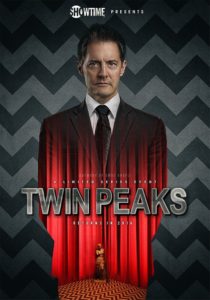 I’ve got good news. That gum you like is going to come back in style. And on the sooner side, too, with Showtime producing a number of new Twin Peaks episodes — all directed by David Lynch, with tons of original cast members returning — to be released sometime next year.

Thing is, that the gum you like already came back in style once and most of you, when you tried it again, watching Twin Peaks: Fire Walk with Me in 1992, found it less than delicious. This is strange for a number of reasons, not least of which is that Fire Walk with Me is actually pretty good. 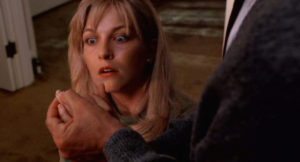 It is even very good when compared to the second season of Twin Peaks, which was largely devoid of David Lynch goodness. Once the mystery of who killed Laura Palmer got revealed, the series fell down a deep spongy hole of floundering. It only barely managed to reemerge for a brief look-see before its cliffhanger conclusion. After which the show was canceled.

People didn’t take to Fire Walk with Me, and there are decent reasons why. The most readily apparent one is that it’s constrained by its feature format. Instead of meandering every which way to spend time with the series’ quirky characters, it buckles down, focusing mostly on Laura Palmer and the events leading up to her death, which death starts the series. It doesn’t so much solve any mysteries as it does expound on their setting and situation. And add new mysteries. 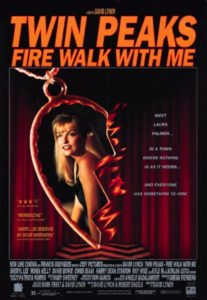 But Twin Peaks wasn’t about a mystery; it was about the encroachment of the dream world into our own in a way only Lynch can really pull off. The horror of the banal and the social constructs that occlude this from our eyes, every day, through our own insistence — that was Twin Peaks all wrapped up in a soap opera shawl. It was a woman who talks to her log, and Major Briggs’ top secret communications, and Dr. Jacoby’s outfits, and Diane, whom we never even meet. These people are not really part of Fire Walk with Me. There just isn’t time or space for them in a film.

Instead, we get a lengthy feint into the world of Teresa Banks with special agents who are not Dale Cooper and approximately 30 seconds of David Bowie appearing and disappearing. We get Laura Palmer — alive! — and beautifully realized by Sheryl Lee, but the horror that awaits her: we know its name.

That doesn’t mean Lynch doesn’t get his licks in; it just means those licks sidle sideways. It means that gum you like tastes different. And for people who reach for something out of nostalgia, tasting different can be more than off-putting. 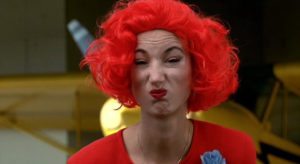 Don’t be sour about it.

It doesn’t help that Laura’s best friend Donna Hayward — played in the series by the generally dreadful Lara Flynn Boyle — is in Fire Walk with Me re-cast with Moira Kelly. She’s much better than Boyle, but she’s not Boyle and this also pushes us out of the weird liminal zone Twin Peaks inhabits.

Now, should you wish to track them down, there are about 90-minutes of deleted scenes from Fire Walk with Me that put all that Twin Peak-iness freakiness back in. Deputy Andy, and Big Ed, and Pete and Josie, and even more Special Agent Dale Cooper — whose scenes got trimmed from the original script because Kyle MacLachlan didn’t want to get typecast. I haven’t seen these extras but I did just watch the entire series again and after sitting through the worst of season 2, well, reading a summary of them satisfied my urge to know. 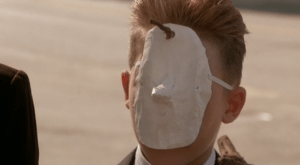 What Fire Walk with Me does have is more than a few moments of diabolical terror sprung from the everyday, ample nails-on-chalkboard wrongness, and an inexplicably delicious blend of itches-scratched mixed with wounds opened. All these: they are David Lynch doing what only David Lynch can do. They are not Mulholland Drive, but what is?

If you’ve watched the show — and really, what kind of idiot hasn’t? — there isn’t much reason why you wouldn’t want to watch the film, and even less reason for you not to appreciate Twin Peaks: Fire Walk with Me. 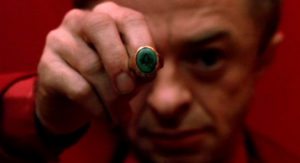 And if, like me, you watched it once back in the ’90s and found it unsatisfying, perhaps you might like to try it again before Showtime invites us back to town. Unsatisfying isn’t what it wasn’t trying to be. Satisfaction and clarity — these thing belong in Twin Peaks like an IKEA does.

It’s a weird film that does weird things in an off-puttingly weird way. It is a half-lucid dream you already had, if only you could remember.

More than this, I decline to say.