Spring is in the air, birds are chirping, mice are throwing birthday parties, and the space-buffalo are even now on their way beyond the Kuiper Belt. As I am told happens in the spring.

Also, the San Francisco International Film Festival is back, beating on our collective door, demanding we let it in and feed it cookies.

Which movies to see this year? As ever, an impossible question to answer in full. Those damnably clever kids at the festival always make everything sound kinda grand. And so, gentleman that I am, I have done you, the reading and movie-going public, the service of seeing, of the 793 movies playing at this year’s festival, no fewer than two of them in advance, that I may ably inform you of their worth.

This year’s Centerpiece film is based on a Philip Roth novel about a surly Jewish teenager avoiding the the war in Korea by going to college in Ohio in ’51. It’s written and directed by James Schamus, long time producer, and writer of such films as Ang Lee’s Hulk. Which I’m sure we all recall with much, much fondness. Indignation is Schamus’s first feature directorial effort, and just because I found it an interminable slog aping the worst conventions of ‘90s intellectually pretentious indie cinema doesn’t mean you won’t find its central character compelling, and his story better than a poke in the eye with a sharp stick. 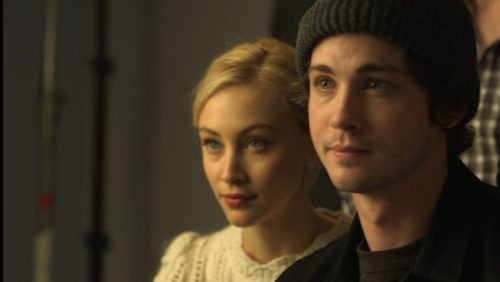 The irritable boy and the girl who gives him hand jobs.

Our Kind of Traitor

An adaptation of a John Le Carré novel starring Ewan McGregor doing his bit as a poetry professor unwittingly dragged into a Russian hitman’s plot to get himself and his family to England before they’re all killed by some sort of evil prince. I think. It’s directed by Susanna White, known for TV work, who turns in a sleek if not especially original spy thriller. Stellan Skarsgård’s performance as the Russian hitman is the highlight of the movie. Someone should give an Oscar to this guy.

Don’t mess with the Russian

As for everything else at the festival? Let’s take a look.

The festival opens with Love & Friendship, an adaptation of a Jane Austen novella by filmmaker Whit Stillman, who was big in the ’90s with Metropolitan, Barcelona, and The Last Days of Disco. This one stars Kate Beckinsale and will no doubt contain any number of delightful bons mots.

The nuttiest looking film has to be the Japanese Assassination Classroom, about a happy-faced, stretchy octopus alien who, after destroying the moon, says the Earth is next, unless—wait for it—unless he’s able to to teach a classroom of kids how to kill him. Naturally he’s given the job. But will these damn children learn their lesson and save the day? I have no idea. But I very much want to find out. 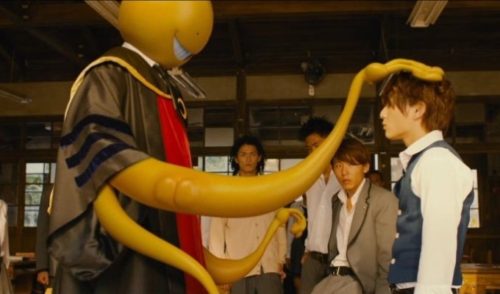 Makes sense to me.

Werner Herzog returns with his new documentary on the internet, Lo and Behold: Reveries of The Connected World, which our fearless correspondent Og wrote about from Sundance recently. In short, he rather liked it, in the way one likes the somewhat odd and thrown together recent docs of Herzog.

Miss Sharon Jones! is a doc about soul singer Sharon Jones, who is, if you are unaware, awesome. Surely the movie will contain performances by Jones and her band, the Dap Kings, so how bad could it be? It could not be very bad. It’s directed by Barbara Kopple, famed for many, many documentaries, perhaps most of all her first, from ’76, Harlan County, U.S.A.

The Coen brothers are showing up at the Castro for a screening (on 35mm, no less) of their fantastic debut, Blood Simple, and a conversation about Janus Films. Blood Simple? Coens in person? I shall attend.

New Zealand director Taika Waititi, who last made the goofy vampire flick What We Do In The Shadows with Jemaine Clement, has a new film he wrote and directed himself, Hunt For The Wilderpeople, about a young boy and an old man going on some sort of advanture. So like Up, but live-action, and set in the New Zealand wilderness? Umm, yeah. Definitely. I bet it’s good.

Mind Control favorite Ben Wheatley, director of such films as Sightseers, A Field In England, Kill List, and Down Terrace, is back with High Rise, an adaptation of J.G. Ballard’s weird and twisted novel starring Tom Hiddleston. The Evil Genius saw it in advance, and it so addled his brains that he has yet been able to utter a word about it. I can’t say whether or not this is a good or a bad thing. But Wheatley’s movies have a tendency to put the zap on one’s brain. I’m excited. 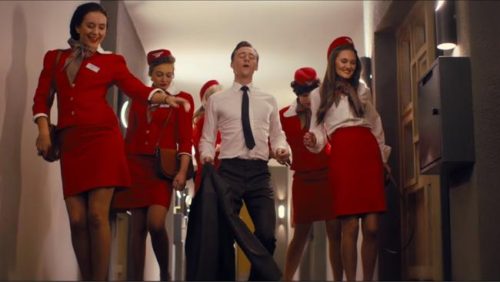 There’s an even a dance number. I guess?

As for the rest of the many, many movies being shown, I can make no  recommendations. One never knows what one’s going to get. I suggest picking a few and giving them a shot. Many will never find U.S. distribution. This is your chance to see what a weird cinematic world exists outside our borders.