When I recently caught a trailer for the re-release of Czech filmmaker Karel Zeman’s Invention For Destruction, from ’58, the highest grossing Czech film in history, I thought it was obviously a modern hipster filmmaker using current steampunkish animations to ape an old cinema that never existed. Because, I am now ashamed to admit, I’d never heard of Zeman, or forgotten him if I had, and I’d never heard of this movie (nor his other three Jules Verne movies). Take a took at this trailer. Does it look like a movie from ’58? Or like a modern Wes Anderson aficonado working on a budget?

A very little interweb research later, I knew it was the real deal, and that I had to see it. And I did. And it’s wonderful.

Originally titled Vynález Zkázy, it was first released in the U.S. in ’62 under the name The Fabulous World of Jules Verne, with dialogue dubbed in English and the actors’ names anglicized so as not to alarm our sensitive American ears and eyes. It was a hit with the critics, but not so much audiences, who didn’t know what to make of Zeman’s consciously unrealistic animation style.

Zeman’s visual style had two primary influences: the early wild homemade special effects of Georges Méliès, and the illustrations in Jules Verne’s novels by Léon Bennett. It was impossible for Zeman, a huge Verne fan, to picture these adventures in any style but Bennett’s. So Zeman went to great effort to mimic the lines in Bennett’s drawings, covering pretty much every inch of his movie with them, from the sets and costumes to every bit of special effects artwork. The resulting images pull the viewer inside of Bennett’s drawings and, certainly for anyone familiar with Verne’s books, into the world of his stories. It’s a style unique to Zeman.

Elements of his style have been borrowed ever since. In ’61 Zeman made Baron Prášil, a Baron Munchausen movie Terry Gilliam was clearly influenced by for his The Adventures of Baron Munchausen, and Wes Anderson borrowed wholesale the style of Zeman’s underwater sequences for The Life Aquatic, to name but two filmmakers who owe an artistic debt to Zeman.

This latest digital restoration of Vynález Zkázy is titled in English Invention For Destruction (it was also known as The Deadly Invention in earlier days). I saw it at a Czech film festival, but now that it exists, surely it won’t be long before it turns up on blu-ray for your home enjoyment. Otherwise it’s tough to come by, as are Zeman’s other movies, unless you want to buy DVDs or know a place to rent them. Good luck with that, here in the reality of our nightmarish streaming hellscape. 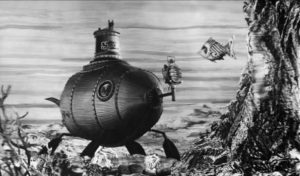 The story, based more or less on Verne’s 1896 novel, Facing The Flag, with elements from Twenty Thousand Leagues Under The Sea and bits and pieces of a few other stories thrown in, is about a bunch of nefarious submarine pirates who kidnap a scientist to “assist” him with the scientific discovery he’s about to make, which the pirates plan to weaponize into something akin to an atomic bomb. A young man is accidentally swept up with the scientist, and finds himself imprisoned on the sub, along for the ride. It’s up to him to save the day. Which he does with the help of a young woman, the lone survivor of a ship rammed, sunken, and looted by the pirates.

The submarine brings the scientist to a secret lair inside, where else, an extinct island volcano where he’s given everything he needs to complete his work, which he does, unaware of the pirates’ evil intentions. Needless to say, it’s not long before the volcano explodes anew.

Being from ’58, this is not what we’d today call a fast-paced adventure, but it’s so full of inventive visuals you’ll hardly notice. The scene where the pirates don old-time scuba gear and march across the sea floor to loot the sunken ship is simply beautiful. The fish are outrageous, especially a giant squid who fights and abducts one of the pirates. We even get a submarine battle.

Zeman’s got a sense of humor too. The movie is never silly, but there’s plenty of good gags in there. This is a labor of love for Zeman. It’s a fun, imaginative movie I hope becomes widely available now that it exists in fancified digital form. Keep an eye out for it. 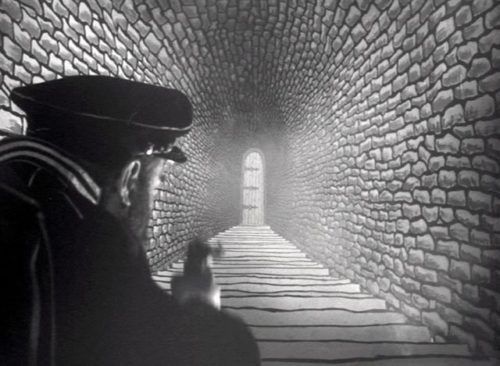 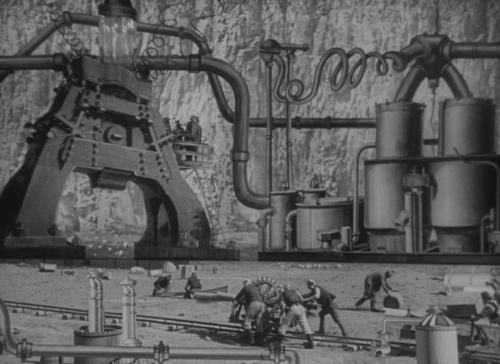 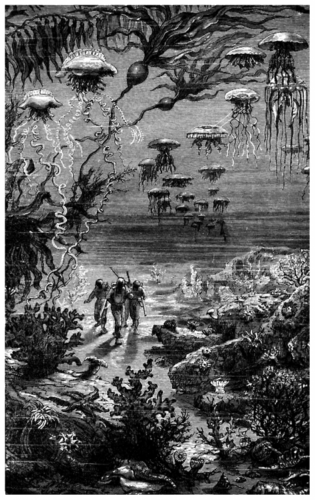