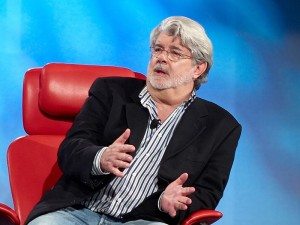 I think we all experienced that brief moment, upon learning Lucas had sold his galactic empire to Disney, when we thought, “Lucas is out? Why, that could mean—why it just might—dare I hope that—yes, say it! Say it!—we might get a new Star Wars movie that isn’t the worst movie of all time since the last Star Wars movie, one that won’t make us feel as though we’d just paid to watch our collective childhoods raped by a fat, spiteful, slobbering billionaire! Hooray!”

Granted, it was, at best, a brief moment, quickly crushed by what let’s call The Actual World In Which We Live.

In that world, it’s all spiraled steadily downhill. First came news that Michael Arndt was writing the script. Because everyone loved Little Miss Sunshine. Who better to write a science fiction fantasy action film?

Then J.J. Abrams was hired to direct, the man who made one of the most insulting franchise movies in history with Star Trek Into Darkness. At this point I’d rather watch Plan 9 From Outer Space than anything new Abrams directs. And not ironically. At least Ed Wood, Jr. has personality. The products—I’m sorry—the movies in which Mr. Abrams involves himself certainly make heaps of money, but that talent—the one for making heaps of money—should not be confused with one for directing.

So, Abrams didn’t like Arndt’s script. He decided to re-write it with the help of Empire Strikes Back writer Lawrence Kasdan (who is also writing a stand-alone Star Wars universe script rumor says is titled: Boba Fett Junior And The Curse of The Golden Ewok), which okay, Kasdan’s not exactly in his prime, but he brought the goods to Empire and Raiders, so what the hell. 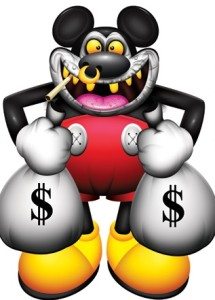 Then we found out that for business reasons, Disney’s claim that Star Wars would open in 2015 wasn’t just a claim. No script? Not their problem. They promised stockholders a 2015 Star Wars movie, and so it shall be delivered. Whether it’s “good” or not is beside the point. As the prequels proved, as long as it’s a Star Wars movie, it makes billions.

And how about that rewrite? Turns out it’s not a rewrite. Abrams and Kasdan tossed Arndt’s script wholesale. Seems it focused on the children of Han Solo, Luke, and Leia. The old timers only made cameos. Not anymore.

The new script is set in a retirement community—in space! Remember how wonderful Harrison Ford was in Indiana Jones And The Crystal Turd? About as committed to his performance as he was in Return of The Jedi (which he actually slept through, his “open” eyes fully animated. True story!). As for Carrie Fisher and Mark Hamill, I haven’t seen them act since…Return of The Jedi.

Meanwhile, in talks to play other roles in the film—aside from Lucas, who’s reprising his turn as Jabba The Hutt—are every single living actor in Hollywood! Are you excited yet?

A point, you ask? To this post? Just keeping you up to date on your most favoritist film franchise ever. You’re welcome. 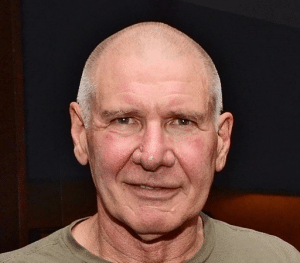 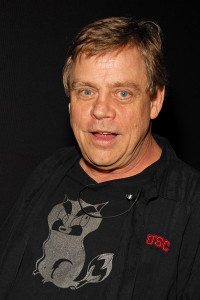 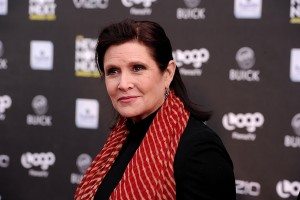 (Go to Hollywood Reporter for the details)