If you told me that there was yet another television show about some madhouse serial killer and the resolute and colorful detectives who track him down—and that I needed to watch that show—I would tell you to go lick the treads of your nearest subway escalator. And yet today, in this bizarro world, I am the one telling you that you need to watch that show.

That show being True Detective. 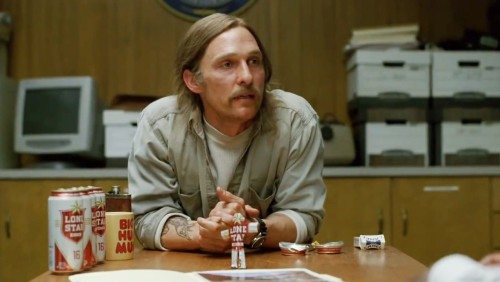 The whole 8-episode series is written by Nic Pizzolatto. Every episode is directed by Cary Fukunaga. It’s not some show launched by big names who then kick back and let lesser artisans do the actual work. This show, from the creator level on up (down?), feels committed. There is vision that carries.

In fact, as this show progresses, it gets better. Scary better. Whyfor? Because Matthew McConaughey and Woody Harrelson spend every second on screen busy ripping the skin off your face.

I haven’t been inured to such wonderfully flawed detectives since Popeye Doyle. 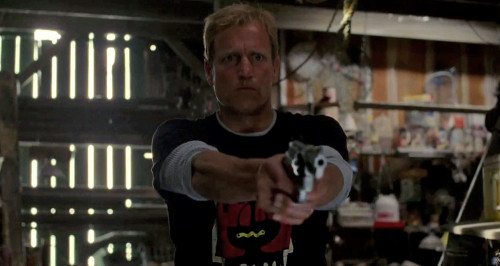 Normally, in one of these serial killer shows—which I hate—we get a deviously clever criminal who faces off with police. It is the haunting nature of the killer’s crimes that forces otherwise decent lawmen (and too infrequently women) to question the weft of their world. How can there be good when such evil exists? How can we mortals catch a monster?

Gosh. I dunno. Ask any television producer. Usually you use forensic evidence, bullshit computer science, and a long action sequence that involves turning the tables at the last second.

This is not how True Detective plays. In this program, as horrific and disturbing as the crimes are, they are nothing but a welcome distraction that pulls Rust (McConaughey) and Marty (Harrelson) away from the calamities they create in their own lives. This particular murder is just a mirror for their misery, albeit a tiny one. One you must stand in front of and peer into intently in order to catch just a glimpse of your own eye. Rust and Marty might solve this crime and catch this criminal, but it’s doubtful they’ll ever untangle their own issues.

This is true despite the program’s structure. True Detective wraps younger versions of the detectives—busy solving the crime—in a layer of those same men, years older, recounting who they were and what they know. Because the crime is unending.

This is not a program about catching a killer. It is a show about unslakable demons, ours and yours. 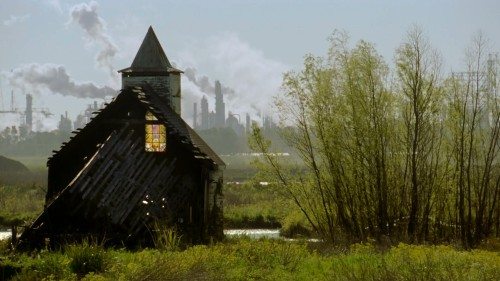 I watched the True Detective’s fourth episode last night and I’m still spinning in tiny little circles. The last time I watched something that tense was Wages of Fear. Episode 4 ends in this mind-bogglingly magnificent 6-minute take that will make you reconsider how impressive you thought The Wolf of Wall Street was. Imagine the best bits of that film, but with characters you’re actually invested in, in situations of undeniable weight.

Yes; I just favorably compared Fukunaga with Scorsese. True Detective has launched itself into the league of champions. Is it as good as Breaking Bad? Well, not yet. But it’s only on episode four.

I suspect that True Detective will continue on its upward arc as the myriad seeds Pizzolatto sprinkled over the first half of the season hatch into gibbering, backwoods monsters.

If you retain any doubt about Matthew McConaughey’s transformation from rom-com dope to serious actor, one episode of this will cure you. Harrelson has been great in many things, but not this great. Here he looks like a man who’s busy removing his own spleen with a tire iron. You won’t look away. It’s almost unbelievable that this is the man who was once Woody on Cheers.

Both actors take rage and failure and the terror of life and broadcast those potent emotions in completely different and completely believable ways. True Detective is a show that takes their aggressions and feeds them with bled out color, ranging scope, and nightmare imagery.

Fukunaga has found his voice and it is teetering on the edge of a panicked scream.

Also, the opening credits are awesome. 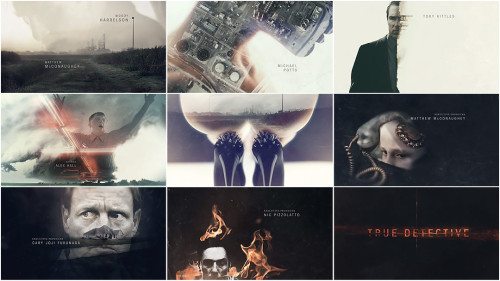 My only complaint so far is that the female characters are lacking. And that there will only be eight episodes with McConaughey and Harrelson. Next season, which will certainly exist, will cover a different story, with different actors.