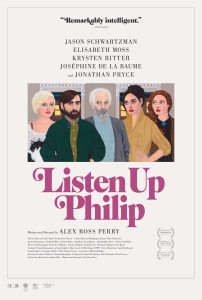 Alex Ross Perry’s Listen Up Philip is a pseudo-70s novel of a film — you know, one of those novels that you find moldering at a vacation house and read 20 pages of before throwing it into the pool. Think Philip Roth, or John Updike, but so pretentious it’s excruciating.

The good news is that in capturing the feel of that type of literature — as if I’d read past page 20 of any of it — Perry is authentically insufferable. This is a film in which a droning narrator (Eric Bogosian) explains just how the purposefully aloof author Philip Friedman (Jason Schwartzman) feels as he sabotages his relationships with everyone and everything. It is the sort of narration a book would have, throughout its length, or at least until you threw it into the pool. 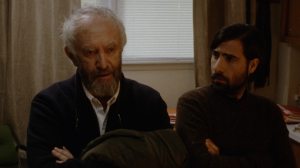 Philip’s second novel gets published. One of his literary heroes, Ike Zimmerman (Jonathan Pryce), likes the book and reaches out. Together they form a friendship-substitute based on misanthropy, the eradication of responsibility, and self-adoration. Philip mistreats his girlfriend, Ashley (Elizabeth Moss, who’s absolutely wonderful), doesn’t really care about a small collection of attractive females who drift past his lousy soul (Krysten Ritter, Joséphine de La Baume, etc.), and begs you to punch him repeatedly in the face with pretty much everything he says or does.

This, of course, is all intentional. Alex Ross Perry is riffing on the anti-hero and perverse personality-driven literature, which plumbs the depths of rotten people’s insufferable psyches. Perry does this successfully, which is a shame, because the result is almost as completely obnoxious as Philip. It is a hugely unfunny joke with a strong cast and a deliberately grainy, 16mm, handheld look that neither hurts nor helps. The script includes many clever moments, some of which managed to avoid infuriating me by announcing how clever they were. 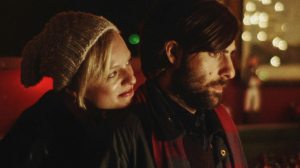 There was one scene in which Schwartzman declines to write a letter of recommendation for a student that was surreally excellent. Most of the rest I wanted to feed to the wolves. This held true even during the side trip the film takes — leaving Philip for a significant stint — to follow the progression of Ashley as she moves beyond caring for her war crime of an ex-boyfriend.

Even realizing you’re supposed to loathe Philip does not make Listen Up Philip any easier to watch. I am shocked to discover that it’s only 108 minutes long. It felt like three hours.

This is what the press notes say — to give you someone else’s impression of what you’re in store for with Listen Up Philip:

Alex Ross Perry has injected a particular strain of vitality into the New York independent film scene, having made two idiosyncratic features that beat to a relentlessly personal rhythm that is almost shocking in its distinctness. 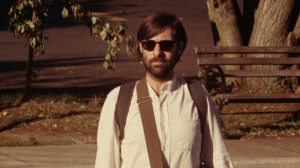 If that makes sense to you, please ignore my opinion. You might enjoy Listen Up Philip. You might enjoy watching Elizabeth Moss in her second great performance this summer. You could appreciate seeing Jonathan Pryce and Jason Schwartzman try to out ass each other, quite competitively. You might find the film almost shocking in its distinctness.

Or you could just want to throw it into the pool.