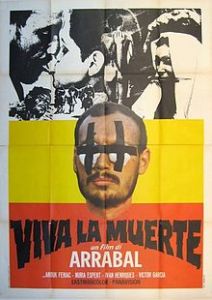 Have you somehow missed viewing Fernando Arrabal’s cult film Viva la Muerte (Long Live Death)? I’m not sure how that could be possible — there it is on the shelf, clearly labelled between Santa Sangre and Pink Flamingos.

Perhaps, instead, you’ve been choosing to watch Bill & Ted’s Excellent Adventure for the umpteenth time?* I cannot fault you for your intellectual prowess and/or decision making acumen, but I can do my small part to illuminate why you might want to give nasty old Arrabal a shot. For Viva la Muerte is seriously weird in a not altogether painful way. 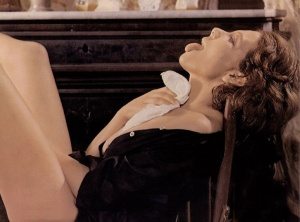 Arrabal bases his tale of a boy maturing through hard times upon his own experiences. At the end of the Spanish Civil War, a mother (Núria Espert) turns her communist sympathizing husband in to the police. Her young son Fando (Mahdi Chaouch) begins to suspect that his father is not dead as he’s been told; this leads him to explore both in and out of his head.

‘Out of his head’ is a good phrase for Vive la Muerte. 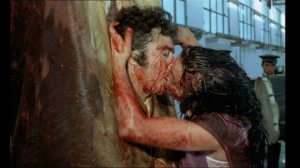 Fando’s fantasies are wrong, in the way a child’s imagination can be wrong without recognizing its own obscenity. Sometimes — frequently enough — these visuals are striking to the point that one cannot deny their artistry.

As a film, Viva la Muerte is an abstract experience with potentially seismic results. It largely depends on what you’re interested in seeing and capable of considering. 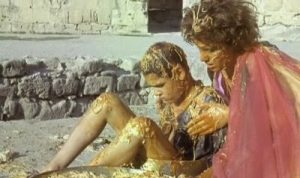 Don’t forget to scrub under your meatballs

And so, I would recommend you watch Viva la Muerte if you would care to see: 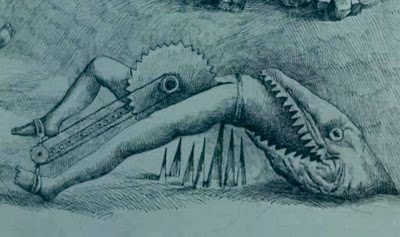 Thank you. Please enjoy your evening.

*I also can draw your attention to the word ‘umpteenth’, which, you may be surprised to learn, has nothing to do with baseball vampires. It springs from the term ‘umpty,’ which was what a dash was called in early Morse code. Etymologists speculate that the ‘teen’ part was added to make the ‘th’ suffix easier to pronounce, but basically it means the ‘unspecified number-th’, which you knew, but not why. Here endeth the lessonth. You may now go about doing your umpty dance for the umpteenth time.