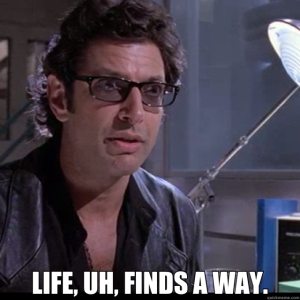 The kind of information control that Sony has attempted — and succeeded at to an impressive degree thus far — simply is not possible. If there is one thing the history of evolution has taught us it’s that information will not be contained. Knowledge breaks free, it expands to new territories and crashes through barriers, painfully, maybe even dangerously, but, uh… well, there it is.

Mash-ups. Fan-fiction. Cosplay. The entire internet is a burbling cauldron of data that companies such as Sony Pictures Entertainment keep alive by force-feeding it eye-of-newt and starlet’s tears. And now, they have fallen into that cauldron, become enslimed, and insist, with all of the authority they can muster — with the voice of Aaron Sorkin (and won’t you think of the children!) — that you LOOK AWAY.

Give me a fucking break. 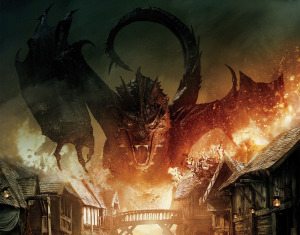 This monster is of your creation, and it is a glorious monster. It is a monster I pay to see and which I write about and to which I attempt to contribute. It is mass-market entertainment. It is movies. It is a mutant of magnificent size, like something from Pacific Rim or Godzilla or Akira. And it cannot be contained, unless Sony has hidden away in its effects department some mighty Gundam robot warrior with a plasma sword that might sever all our data cables with one mighty stroke.

Sony — and media companies like Sony, by which I mean all media companies — exist because of our desire to consume their product. That is their business model; they make material for which we clamor, in which we want to bathe ourselves. That is also their paradoxical and insane problem.

They want us to want what they’ve got, but only to obtain it in the constrictive way in which they control. 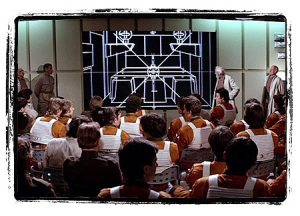 Pay no attention to the woman behind the curtain. Do not fire your proton torpedoes down our unprotected thermal exhaust port; these Death Star plans are confidential. We are Sauron and that precious one ring — the one we constructed and imbued with power and then lost — has no business being thrown back in our forge.

I’m sorry for the employees of Sony Pictures Entertainment, and even for the executives. I’m sorry for the artists and artisans and technicians and administrators who depend on the profits from the films I love and love to hate. But this monster; it’s your Frankenstein. Information will find a way, particularly if you dare the world to find a way, and then punish anyone who sneaks through as if you’re some deranged tyrant from a fable of yore. Particularly if you spend more of your energy and money and time encouraging people to want what you’ve got than you do on making what you’ve got in the first place.

Sony depends on us yearning to know what they know. Well, now we know. 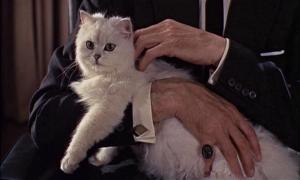 A studio can create an unending flood of marketing materials for a film, seed the internet with easter eggs and guerrilla marketing materials, cover buses and sippy cups and t-shirts with film publicity, and we can’t help but see some of it. If we’re interested in the film in question, we might try to see more of it than less, or more likely see less of it than more — but because that’s the world we live in, and that’s the world they designed, it’s disingenuous for Sony to now scold us for our hunger for their information.

It is ironic that Sony now wishes we didn’t care about what Amy Pascal said about Leonardo DiCaprio, or about their secret plans to create a 21 Jump Street / Men In Black cross-over franchise. It brings to mind an old saying about cake. Something about having it and eating it? I’m not sure how it goes anymore, as my brain is too shattered from dissecting the trailers to Star Wars Episode VII and Mad Max: Fury Road.

But Sony should look on the bright side. All of this tumult; it’ll make a great movie someday. And they’ve got the rights already. I’m thinking Jason Alexander can play Scott Rudin and Amy Adams could do Amy Pascal?

Now that’s a film I’d be interested in reading hacked emails about.