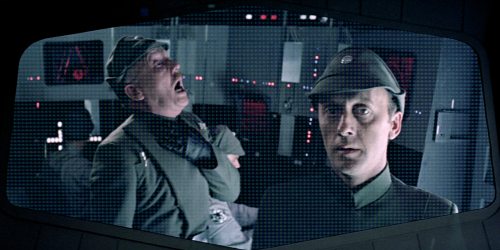 In the original Star Wars trilogy, the Rebel Alliance defeated the Galactic Empire with pluck, the Force, and clever tactics. Just as often, though, clumsy leadership on the Empire’s part proved as useful to the Rebels as any targeting computer.

That goes both ways. The Rebels had their share of dopes in high places, too. In a previous post for this blog, I talked about some effective leaders from the Empire. Let’s now take a look at the other side of the coin. Which Rebel and Imperial commanders wet the proverbial bed in a galaxy far far away? Who are the worst 5 leaders in Star Wars, The Empire Strikes Back, and Return of the Jedi? 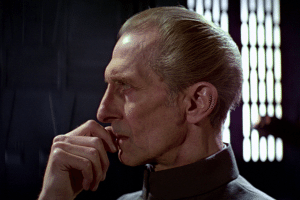 Tarkin SEEMS like a good leader. He is in charge of The Death Star and outranks Darth Vader. He looks plenty sinister and orders the destruction of Alderaan. Plus he is  played wonderfully by Peter Cushing.

But stop and think about some of his screw ups.

First of all, the minute Vader shows up on the Death Star WITHOUT the plans, Tarkin should have ordered Admiral Motti or someone to analyze their blueprints. If they spotted the thermal exhaust port above the main port themselves, they could have put a screen over it and saved a lot of trouble later.

Secondly, when Tarkin first threatened to blow up Alderaan, he demanded the location of the Rebel Base from Princess Leia. She gave him Dantouine. Tarkin went ahead and blew up Alderaan anyway. Later he is told that the scout ships found an abandoned Rebel Base on Dantouine. So after finding out she lied, what could Tarkin do? Kill her? What would he accomplish killing the only person on the Death Star who knew the location of the Rebel Base?

What he should have done is park the Death Star by Alderaan, THEN send the scout ships to Dantouine. If she was lying then he could blow up Alderaan. This is villain 101 stuff.

Also, what did Tarkin have to lose by having his ship standing by after Chief Bast told him there was a danger to the Rebel attack? Yeah, evacuating during their moment of triumph might seem strange. But having his ship at least warmed up is just a smart move. Tarkin was cocky. And he wasn’t in any of the sequels. You do the math. 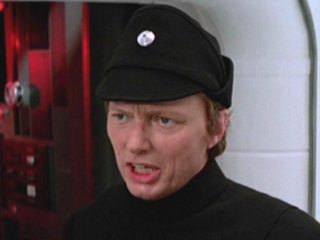 Praji was the commander who told Darth Vader in Star Wars that the plans were not on Leia’s ship and an escape pod without life forms was jettisoned. (Others before me have raised the point, but what exactly was gained by NOT firing on the escape pod?)

Vader usually took care of the hands on work himself but he had to bring Leia (who was NOT his daughter when they filmed Star Wars) back to the Death Star, so Vader tells Praji to send troops to get the plans.

And let me emphasize this next point: Vader said “See to it PERSONALLY Commander.”

Praji gives a quick “Yes, sir”. Then what does he do? He never sets his big toe on Tatooine! He sends some Stormtroopers down while he presumably sat in one of the Star Destroyers orbiting the planet, sucking down a Piña Colada.

You call that seeing to it personally? I did not see him walking around the escape pod or questioning anyone in Mos Eisley. Oh. And how did it go? Ask everyone on the Death Star.

Oh wait. You can’t. It blew up because the Rebels got the plans.

I got his name by looking up his info in the expanded universe. It turns out that later on he was promoted to governor of a planet.

Even in the Star Wars universe, people fail upwards. 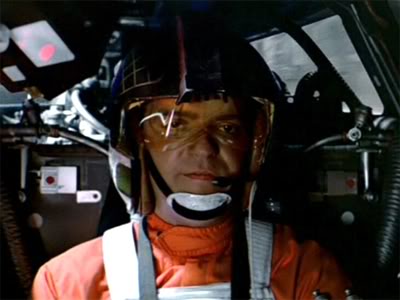 We are introduced to Gold Leader during the briefing scene in Star Wars. What does he do right away? He interrupts General Dodonna to say “What good are snub fighters going to do against THAT?”

He said this in front of the other pilots! This is a Squad Leader and he is basically saying “What the hell are we doing?” If I were Princess Leia I would have kicked him in the shin and said, “Ohhh, sorry this won’t be easy for you. That thing only blew up my planet.”

He didn’t get much better while leading Gold Squadron into the Death Star trench. First of all, it was clear that the REAL leader was Gold Five. He was the one who figured out how many guns were in the trench. He figured out when they stopped shooting that the fighters were in the trench. And when Gold Leader started wetting his orange flight suit, it was Gold Five who had to remind him to stay on target.

Gold Leader’s last words were barking panicky orders at Gold Five before being taken out by Vader.

When Gold Five had the good sense to get out of the trench and contact Red Leader, he showed real leadership. At the end Red Leader called Gold Five “Gold Leader.” At least by the end, the right guy held that title.

The actual Gold Leader was probably Dodonna’s nephew and got the job that way. 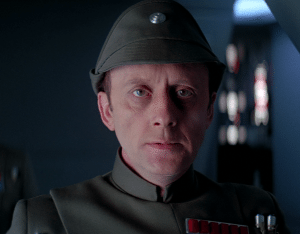 Piett gets a lot of love for three reasons:

1. He figured out that the signal from the probot was a picture of the Rebel Base on Hoth.
2. He got promoted when Admiral Ozzel crapped the bed.
3. He was the only Imperial Officer to appear in both The Empire Strikes Back and Return of the Jedi.

Fine. But in the end, his lone real achievement was being better than Admiral Ozzel, who was an idiot. Congratulations!

Piett screwed up so much that I am sure Ozzel must have wondered how his replacement avoided being Force-choked to death.

Piett whined when he had to send the fleet into the asteroid belt (and interrupted Vader in his helmet-less moment of privacy. Couldn’t he have knocked?)

Piett was snobby to the bounty hunters and rushed to tell Vader they had the Millenium Falcon leaving the asteroid belt when he didn’t. And while they were dragging poor Captain Needa’s body off the floor, Piett was informed that the Falcon was on the other side of the galaxy. Well, looks like someone DID need some bounty hunter’s scum after all!

At the end of Empire, Vader asks Piett point blank if the hyperdrive on the Millenium Falcon was deactivated. He says yes, but evidently they did such a half-assed job of it that R2D2 could flip one switch to turn it back on. TAKE OUT THE HYPERDRIVE! Take out the whole console! Work harder than flipping a switch off!

Piett lived even though everyone in the galaxy (including him) thought he was going to get choked the nanosecond the Falcon went into light speed. When Jedi rolled around, Piett still had his command and was just as worthless.

Han, Chewy et al were flying Shuttle Tydirium past the Super Star Destroyer. Piett was on the bridge, barely paying attention. It took Vader (always on the ball) to notice the shuttle flying without an escort and to bug Piett to do his damn job. Vader even had to remind him to check the code. Then comes the two moments of Piett’s staggering incompetence:

First, Piett says it was “an older code” but that’s fine and he is going to clear the shuttle. Go try and use your ATM with an older code. Sign onto Microsoft Office or Twitter with an older password. Good luck with that. This was a code that lowered the f—ing Death Star deflector shield!

Secondly, seeing that there was some tension, he ASKS VADER if he should hold the Shuttle. Dude, Vader isn’t the Admiral of the ship. YOU are. Yes. Hold them!

Worst case scenario is they are indeed a parts and technical team and you chew them out for not updating their code. Best case scenario? You open the the door and say “Holy Shit! We just captured Han Solo, Luke Skywalker, Princess Leia, Chewbacca, and a crap load of Rebel troops.” It would take the sting out of the Falcon escaping at the end of Empire.

Instead he let them go and that led to an A-Wing crashing into his face. 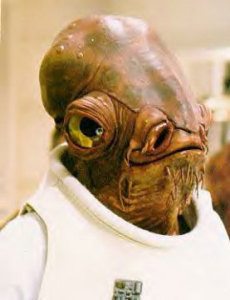 Yes he’s a beloved character and the ranking officer in the attack that destroys the Death Star and essentially ends the war. But the Rebels won in spite of Ackbar, not because of him.

Let’s all agree he was not the most calm under pressure. Is good leadership screaming “It’s a trap!” in front of your junior officers? It must have given them a sense of confidence seeing their Admiral acting like a Don Knotts during a battle.

It did not get much better. The Death Star fires the first shot, blowing up a Rebel Cruiser. The fire ball hasn’t even stopped burning and Ackbar is already calling for a retreat. No Plan B. Nothing. Just saying “My Give Up” like he’s Jar Jar Binks’ idiot cousin.

When Lando improvises a new plan to engage the Star Destroyers and get away from the Death Star, all Ackbar does is complain. “We won’t last long against those Star Destroyers!” he mutters.

Lando replies “We’ll last longer than we will against that Death Star” and you know it’s all he can do to suppress adding, “You shit head” to the end.

Eventually it takes an A-Wing crashing into the Super Star Destroyer bridge to get him to relax.

I guess in the end, Ackbar being a panicking Admiral was better than Piett being incompetent. Funny how things work out.