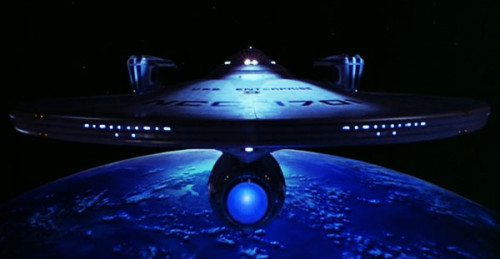 My brother (who occasionally contributes to this site) and I first saw Star Trek: The Motion Picture in 1979 at a theater in Wellesley, Massachusetts. Our parents dropped us off. I was seven and my brother was eight. Kids that young were allowed to see a movie by themselves back then.

At that point, I don’t recall ever being disappointed by a movie. Maybe I didn’t realize you could be. We had seen Star Wars, a smattering of Disney films, The Black Stallion, Superman: The Movie (which was a movie, NOT a Motion Picture) and The Black Hole, which I remembered liking and will probably never watch again to preserve the nice memories.

Now we were about to see the Enterprise and the original crew. We liked the Original Series and the animated show, but we were hardly Trekkies then. We wanted to see an exciting space movie. The film began and we were ready to love it.

We left the theater confused and agitated. Being angry with a film was a new experience. It was the worst film we had ever seen. For a while, it turned me totally against Star Trek. I didn’t even see Wrath of Khan in the theater, I was so burnt by The Motion Picture.

Sometime between Search for Spock and the one with the whales, when I became a Trek and Dune fan (and a ladies man!) I gave The Motion Picture another shot on VHS. My brother and I thought it was a little better than we remembered. But man it was slow, cold, colorless and devoid of the charm and energy of Wrath of Khan. It also felt bloated with the never ending “Kirk and Scotty flying around the Enterprise” scene and the ten minute flight through the V’Ger Cloud.

We both dismissed it as a misfire, glad that Paramount took control of the series away from producer Gene Roddenberry and gave it to Harve Bennett, who rebooted it wonderfully with Khan.

Even though I was not the biggest fan of The Motion Picture, I loved its beautiful one sheet, which hung in my bedroom (and with which I impressed the girls in my class). 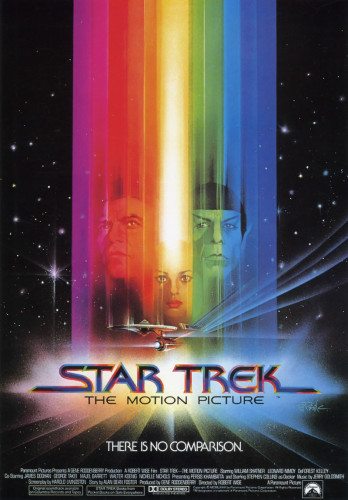 Ladies… I was available

I did not give the film much more thought until a few months ago. I was in the gym and one of the televisions there was set to a cable station showing Star Trek: The Motion Picture. Seeing that there was no baseball game on, I figured I’d watch.

To begin, the credits are oddly low budget for a film that was the most expensive picture of its day. They felt like a Woody Allen opening only set to Jerry Goldsmith’s score instead of jazz.

The Klingon attack started, one of the few exciting scenes in the film, and a funny thing happened; I found myself getting drawn into the story. Kirk has a clear problem that needs to be solved. A strange and deadly alien cloud is heading to Earth. Spock is drawn back to action so he can personally investigate. Kirk and Decker bang heads over who is in command of the Enterprise. Dr. McCoy looks like a Bee Gee.

And when the action got slow, I flipped over to another channel’s sound until I saw that Kirk and Scotty had docked or that they got to the end of the V’Ger cloud.

I found the V’Ger probe capturing Ilya, and Kirk tricking the probe to find her memories, to be dramatic and in line with the spirit of the TV show. And Spock’s rogue jetpack trip into V’Ger’s memory bank is a legitimately cool scene whose sometimes phony effects actually look better on the small screen.

Finally the twist ending that this was the Voyager probe being sent back has a nice element of nostalgia to it. As the original show dealt with the 1960s, this reflected what was going on at NASA in the 1970s.

As the commercial breaks kept piling up, I found myself moving to a stationary bike because I wanted to keep watching. I got all the way to the end where they wrap things up and zip off to warp drive.

Is it a great movie? Of course not. But it feels like a completely satisfying two part episode of a TV show.

Then it hit me. That’s what Star Trek: The Motion Picture was SUPPOSED to be!

When the original show became a syndication smash and the pre-internet fan base grew, there were several false starts to the Trek revival. Proposed movies and shows never got off the ground.

But in the late 1970s, Paramount wanted to start their own television network to challenge NBC, CBS and ABC. They literally had a flagship for the new network: the Enterprise. Star Trek: Phase 2 was going to be a centerpiece series they’d build the network around, with Gene Roddenberry producing. The cast was back, save for Leonard Nimoy who was pissed at not getting licensing money for the many Spock dolls and T-shirts. And many top sci-fi writers were employed to pound out new scripts. 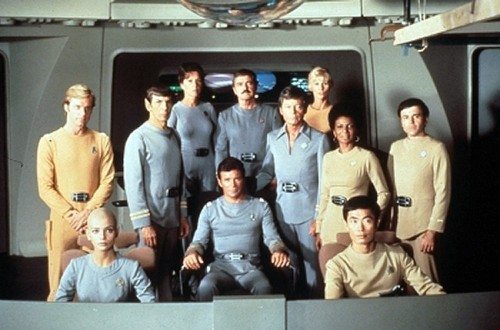 If only the uniforms were more drab.

Stephen Collins and Persis Khambatta were added to the cast to give the crew some youth and sex appeal. If you wanted to excite TV audiences in the 1970s, have a bland white guy who is secretly a sexual predator and pair him with a gorgeous Indian woman with a shaved head.

All was set and the script involving V’Ger was going to be the pilot, an updated version of a previous episode.

Then 1977 happened. Star Wars came out and Hollywood went insane looking for space properties. Close Encounters of The Third Kind hit big later and showed that not every science fiction film needed to have lots of laser fights. Michael Eisner and Jeffrey Katzenberg, both in charge of Paramount in the late 1970s, shit their pants simultaneously. They owned a movie property that had recognition, space ships and could tap into both the Star Wars and Close Encounters crowd.

The Paramount TV network was scrapped and left for Fox to invent 8 years later. Paramount ponied up the money to satisfy Nimoy. Then Eisner and Katzenberg put together a massive press conference to announce that Star Trek was now a Motion Picture with an A-List director in charge. Robert Wise had directed two best picture winners (West Side Story and The Sound of Music). He also had sci-fi credibility with The Day the Earth Stood Still and The Andromeda Strain. Granted he had never been a fan of the show, but never mind.

The studio kept pushing to make the film more of an epic. And a script, designed as a pilot for a TV show, started to become bloated. Every scene seemed to linger awkwardly. Even the establishing shots of space stations or Spock’s ship docking drag as if they were stretching the film out.

The result was a film that plodded along in the theater as something that it was never meant to be. Star Trek isn’t an epic. It was a TV show with a limited budget that captured our imagination with stories shot primarily on a bridge set, hallways and Malibu.

Roddenberry was removed from producing the sequels, which acted like The Motion Picture didn’t even happen. But he would produce The Next Generation, whose stories and tone probably matched where Star Trek Phase 2 on the Paramount network would have gone.

The story of V’Ger approaching Earth, created by writers Alan Dean Foster and Harold Livingston, was not designed to be seen in one sitting on the big screen and thrilled to by seven and eight year olds. It was meant to be seen on a small screen with commercial interruptions and an easily distracted audience.

I finally figured that out at the gym and appreciated this flawed if intriguing film. One thing is for sure: I got a hell of a workout that night. 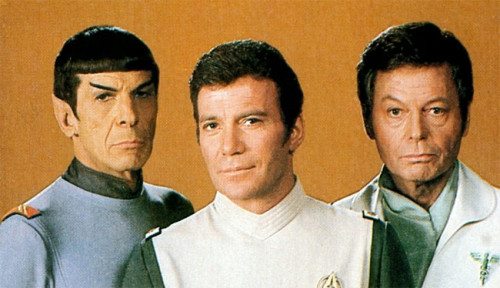 Cheer up fellas. We can squeeze 5 more movies out of this.

All Pictures property of Paramount Pictures

2 responses on “Experiencing Star Trek – The Motion Picture The Way It Was Meant To Be Seen: On TV With Commercials”