Life is a struggle, it is said, often enough that you want to punch whoever said it last in the face or wrestle them to the floor, which acts of defiant struggle are, dammit, perfect metaphors for one’s struggle with life.

Moviemakers can’t resist a metaphor so punch-you-in-the-head obvious. Violent men are a staple of the movies. Whether they’re fighting other men or large inanimate objects, in the end they’re only fighting themselves, aren’t they? Yes they are.

Saddest of all is when they’re over the hill and fighting still. Be they boxers or bank robbers, with age comes desperation. One more fight, one more victory, one more big score, it’s all the same. Win it and—and what? Retire rich? Hardly. Win it and you get to fight again, that’s all it ever was, that’s all it ever is. There is no retiring rich, no riding into the sunset. Life is a struggle. Stop struggling, and…

In this week’s Mind Control double feature we meet two driven men, one a boxer, one a wrestler. Neither made it big. Both are over the hill. They’ve each got one fight left, and they’re not going to lose it. They’re going to ride it all the way to the end. 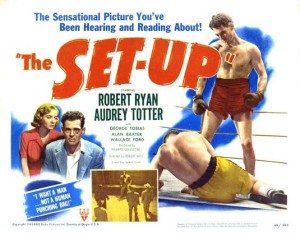 Stoker Thomspon (Robert Ryan) is 35 years old, AKA an old man in the boxing world. “Hey grandpa, where’s your wheelchair?” yells someone in the crowd. He’s been on one helluva losing streak, but tonight’s different, tonight he feels good, tonight he’s going to win.

That’s what he tells his long-suffering wife, Julie (Audrey Totter). “I’m one punch away,” he tells her, one punch from the big time. But she’s heard it too many times before. “Don’t you see, you’ll always be just one punch away.” She’s not even coming to the fight tonight, and she always comes to his fights. She can’t stand to see him beaten down again. 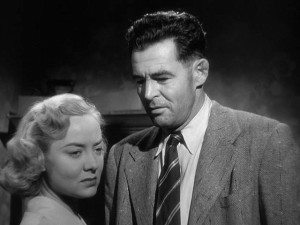 The Set-Up is one of directing great Robert Wise’s best movies, and one of his personal favorites. He endeavors to show the seedy world of small-time boxing in all its tough and gritty ugliness. Shots of the crowd around the ring focus on a handful of fans, each equal parts sad and funny. There’s the fat man, eating or drinking something different in every shot. The wired guy mimicking every punch and every hit. The old-timer watching the fight while listening to the ball game on his radio. The low-key big betters. The housewife who before the fight claims to hate boxing, but once ringside is the most bloodthirsty of the lot. And the gangster, Little Boy, in his slick suit, watching his fix play out. 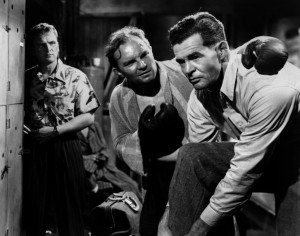 Naturally the fight is fixed. At least according to the deal struck by Little Boy’s henchman and Stoker’s trainer, Tiny. Only Tiny hasn’t bothered to mention this to Stoker. Stoker can’t help but lose, and to tell him would be to cut him in, money-wise. As Tiny puts it, “There ain’t no percentage in smartenin’ up a chump.”

The Set-Up plays out in real-time, 72 brief minutes, beginning and ending with a shot of a clock overlooking a street corner of the aptly named Paradise City.

We follow Stoker as he prepares for the fight in the backroom with the other boxers, some old, some new, some beyond washed up, some on their way to greater things. All the while he remains confident. He’s not like the others guys, not completely. He’s realistic. And also? He’s going to win. Robert Ryan is great as always, one of the finest actors ever to be relegated to the B pictures of the era, best known for his work in film noirs and westerns, often as the vilest of bad guys. He’s equally convincing as the hero. 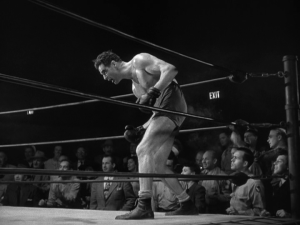 You can do it, Stoker!

The fight between Stoker and Little Boy’s chosen victor, Tiger Nelson, is beautifully put together. It took a week to shoot. Wise covered every angle, and then some. So much footage was shot, he had to take over editing when the editor couldn’t manage it (Wise began as an editor, working on such little known films as Citizen Kane and The Magnificent Ambersons). A better boxing match wouldn’t be seen on-screen until Raging Bull.

It may not be hard to guess how the fight ends. It’s what happens afterwards, in the alley, that really decides things. Stoker’s got something to prove. Not to Tiger, not to Little Boy, not to Julie. To himself. And he’s going to prove it, no matter the cost. 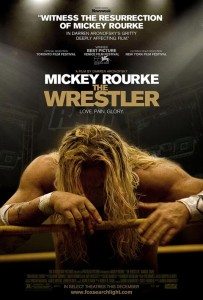 Randy “The Ram” Robinson is an old man in the pro-wrestling world. In the ‘80s he was a star, as far as stars go as professional wrestlers, but in 2008 he’s old and washed up, working days at a supermarket, and weekends as a wrestler, doing tiny shows in tiny rooms for tiny audiences as washed up as he is.

Mickey Rourke kills it as Randy, giving one of his best performances, at a time when he’d been mostly forgotten. Long gone were the days of Rumble Fish and 9 ½ Weeks. He was working, but take a look at his credits and find yourself doing a lot of head-scratching (those were movies? Never heard of ‘em!). He was nominated for an Oscar and overnight became hot again. (Though he’s not since had a role as strong as this one.) 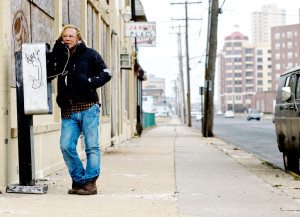 Writer/director Darren Aronofsky needed a career boost almost as badly. After freaking everyone the fuck out with his debut, Pi, and its follow-up, Requiem For A Dream, he labored long and hard on a very personal, philosophical film, The Fountain, which many people (myself included) found wanting. It didn’t do well. The Wrestler, a straightforward story told without the extreme editing tricks and excessive visuals of his prior films, felt like a big departure for Aronofsky, but it worked wonders. Reigning in his more over-the-top tendencies showed the power he could achieve through subtlety. (A lesson he might have looked to when making Noah?) 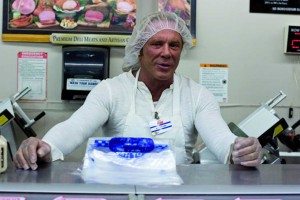 Don’t quit your day job. Or then again–

The wrestling matches are painfully plausible. I seem to recall one involving broken glass and ladders and far too much blood. But hey, it’s all part of the act for these guys, just another day at the office.

The Wrestler is a simple, sad story of a man coming to terms with himself and his life. Hoping to recapture some of his glory days, he agrees to fight his old enemy, The Ayatollah, in a 20th anniversary rematch. This requires training, and training requires steroids, and Randy’s heart can’t take it. After one heart attack, his doctor tells him to keep wrestling is to kill himself.

But what else can Randy do? His job at the supermarker is less than fulfilling. He falls for a stripper, Cassidy (Marisa Tomei), but she’s not so keen on dating him. He tries to patch things up with his estranged daughter, Stephanie (Evan Rachel Wood), but makes a mess of it.

What choice does he have, in the end? Like Stoker in The Set-Up, Randy’s got one more fight in him, he knows it, and he doesn’t care what it costs to win it.

We all gotta go eventually. The question is, do we go out fighting? 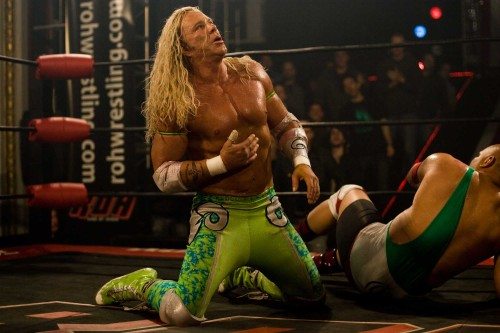