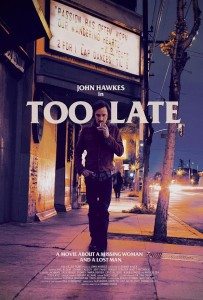 I’m liking the current trend of filmmakers shooting on film, and glad to see independent filmmakers hard-headedly getting in on it. Writer/director Dennis Hauck takes it a step further by limiting his debut neo-noir, Too Late, to five scenes, each comprising one reel of 35mm film (about 22 minutes each). Sure, it’s a gimmick, but artists forcing constraints on themselves is a time-honored means to unleashing outside-the-box creativity. Given limitations, how does a filmmaker tell a story?

In Hauck’s case, he owes a debt to Pulp Fiction, but his simple story of a private dick investigating the murder of a woman he met once, three years prior, is stylisitically worlds away from Tarantino. What’s similar is the structure, a series of five mini-movies presented out of sequence, building to an emotional climax, even if the proper “end” comes four fifths of the way through. 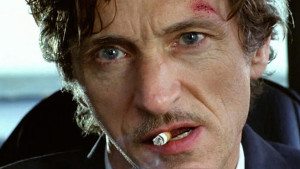 It gets off to a bit of a dodgy start in the first reel, set on a hiking trail in the hills around L.A. The dialogue is stiffest in this sequence, particularly between young stripper Dorothy (Crystal Reed) and park ranger Skippy. Hauck is going for noir inspired banter with plenty of sexual undertones, but neither the writing nor the acting is strong enough to pull it off with much credibility. I was worried. 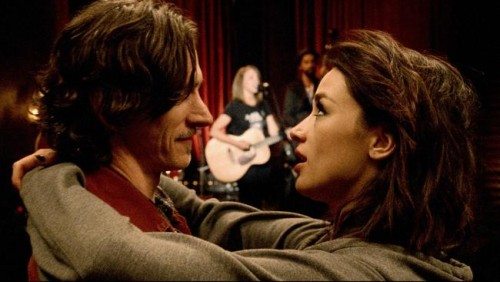 Hauck works out his blocking and camera moves with precision. One never feels stuck in a single location for 22 minutes. Each of the sections is based less on plot and more on character, so when I earlier said the story seems to end in the fourth reel, it only does so plot-wise. The character work (and a surprising reveal) in the last reel is what ties the movie together and brings it to an emotional finish I wasn’t expecting.

There are some good performances in here, in particular by Vail Bloom and Dichen Lachman as Jill, the disgruntled stripper/projectionist/ring card girl, but Hawkes owns the movie. He’s the perfect mixture of world-weary, tough, and vulnerable, and is the only one able to really nail Hauck’s not always strong attempts at noir dialogue.

Too Late is the closing film in the San Francisco Independent Film Festival (Feb. 11-25), playing at the Roxie on Feb. 25, projected, of course, on film. Beyond that, it looks like it’s going to see a wider release in March, and only on 35mm. But if you’re in the Bay Area, come on down to the Roxie and see it first. (Along with all of the other cool flicks playing the festival…take a look at the program and try a few out!) 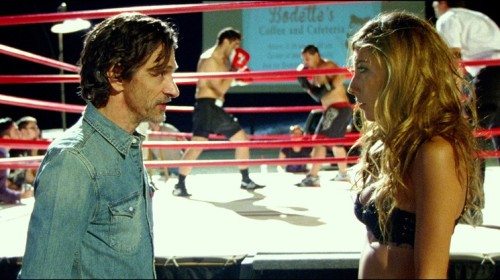 Someone’s going to get punched