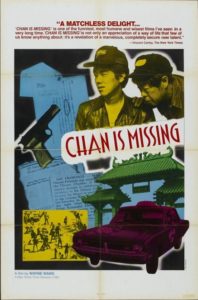 Chan Is Missing is a story about what isn’t there. It suggests the more you search for something, the harder it is to find. The Chan of the title is a Chinese-American in San Francisco, and nobody knows where he is. Old taxi driver Jo and his nephew Steve recently gave Chan $4,000 in cash he was to use to acquire an independent cab driver’s license for Jo. But where did he go with it? What happened to him? The story plays out as a kind of detective story, but missing from it is a solution.

Released in ’82, Chan Is Missing, directed by Wayne Wang, is the first American movie featuring Chinese-American actors and characters to gain any kind of crossover audience. It was an art house hit. It was made for little money, shot in black and white with a simple documentary style. It functions as a tour through San Francisco’s Chinese-American community and the diverse characters living there.

Nowhere is this diversity more apparent than in the character of Chan. To everyone Jo and Steve talk to, he’s someone different. The more they learn about Chan, whom they never knew well, the less definite he becomes. He’s everyone and he’s no one. There is no definitive Chinese-American, the movie tells us. They come in every possible variety, from intellectuals to fry cooks to those who’ve fully assimilated to those whose hearts have never left China. 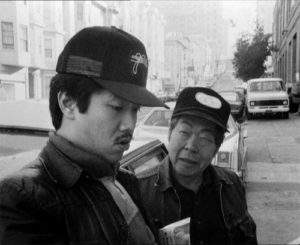 The title is thick with meaning. Chan is missing in that he’s physically absent. He’s missing too on a deeper level—who he is is unknown. His identity is missing. The title also references famed movie detective Charlie Chan in that Jo, the taxi driver, is neither a Chinese-American cliché nor a detective. No Charlie Chans here. Furthermore, the mystery is pointedly never solved. Absences. The story and characters swirl around them like water around a drain.

The movie flows at a relaxed pace, with the detective story giving it an unexpected sense of propulsion, even if the clues eventually lead only to more questions. The pleasure of the movie exists in hanging out with the sort of people we don’t usually hang out with in movies. Jo and Steve are nothing less than totally believeable. They love each other even if they drive each other crazy half the time. Well, Steve is driven crazy. Jo is as even-tempered as they come. He’s a wit, too, always finding something to laugh at in his curious situation.

And that’s all, really. It’s a tiny movie fueled by big ideas, sketching the outlines of a community rarely seen in American movies, then or now. 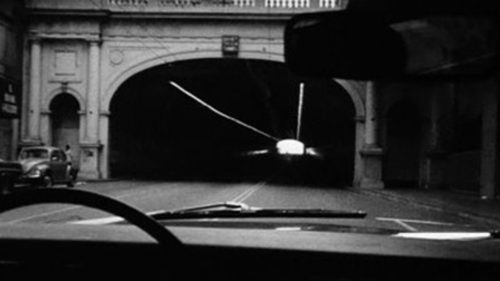