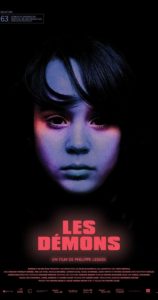 The Demons (Les Démons) is Canadian filmmaker Philippe Lesage’s ominous rendering of what it means to be a child on the cusp of adolescence. Mostly, according to Lesage’s low-key movie, it means being creeped out by all things sexual.

I saw The Demons at the San Francisco International Film Festival, and it is, in every way, a film festival movie. It’s carefully made, full of compelling images, lacking anything like a plot, paced slowly and evenly, and will without a doubt never find U.S. theatrical distribution. The world of international film festival movies is interesting in how very much of a genre it is unto itself. I wrote about this very idea back in 2014, and re-reading that piece I find it could apply almost word-for-word to The Demons.

Which is by no means a bad movie. It is, from beginning to ambiguous, hey-let’s-just-end-it-here ending, not uninteresting. It tells the story of ten year old Félix, a kid growing up in a Montreal suburb. He has an older brother and an older sister and his parents have arguments and, maybe, his dad is having an affair with Félix’s best friend’s mom.

Félix has the hots for his teacher, Rebecca, a sexy twenty-something, but does nothing about it but stare at her longingly while loud, ominous music blares. This is one of Lesage’s main tricks in The Demons, to shoot scenes of kids playing at recess or swimming or just hanging out with ominous music overlaid, such that you’re pretty sure someone’s going to go on a killing spree any second. 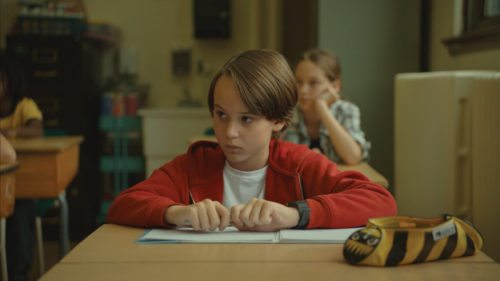 In a way, The Demons is similar to It Follows, another recent movie about awakening sexuality, but whereas It Follows used horror movie tropes and imagery to mask its metaphorical meaning, The Demons is using, if anything, the genre of international film festival drama. Until, that is, the back half of the film, when all the vague portentousness turns into something very definite and, unfortunately, very prosaic. It’d be a shame to spoil it, so let’s just say that the seeming threat of sex and/or violence is realized.

Its realization is rote, which drags the movie out of its ethereal dreaminess, and doesn’t directly have anything to do with Félix. The movie splits in two, in a sense, taking time away from Félix to follow this other story. In the end, we see how it affects Félix. It does so ambiguously, as one would expect of such a movie. 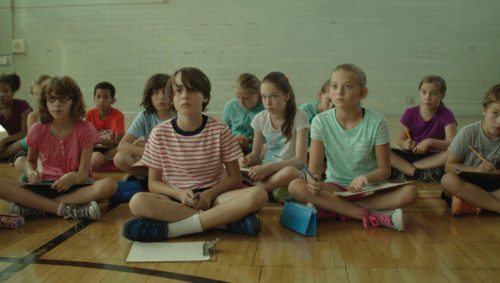 Before that, what we see is Félix hanging out with friends, being mean to a kid he doesn’t much like, trying to understand the concept of homosexuality, watching a teen girl give a handjob to her boyfriend driving the car Félix is riding in the backseat of. Or maybe she’s just resting her hand on his cock? We can’t see to be sure. Neither can Félix. In fact we never see anything directly sexual. Everything is implied, in a way meant to put us in Félix’s head—he sees people behaving mysteriously, he knows what they’re doing has to do with this weird thing called sex, but he can’t quite understand any of it. Lesage presents all of these moments with great skill and care. It’s a smart way to get us into the head of a ten year old.

So the demons, then, are the adult realities haunting the minds of children, and in one case, destroying the mind of someone older. I found it all nicely cinematic, and though very slow, it held to just this side of not boring. Should it turn up one day in a watchable form, i.e. streaming into your living room, you might find it intriguing. But, to be honest, you might not. So it goes with such movies.