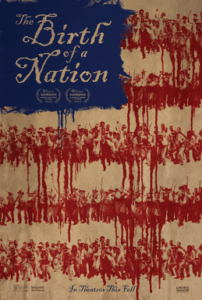 Talking about Nate Parker’s The Birth of a Nation is tricky. It is a political film, at a political time, with a political history, from a writer/director who is an extremely hot potato, politically speaking.

In case you don’t pay much attention to these things, here is the precis: Nate Parker, a 37-year old African American, blew Sundance away with his historical drama about Nathaniel Turner’s slave rebellion in antebellum Virginia. He wrote the film, directed it, and stars in it as its protagonist and hero, Nat Turner.

While distributors slavered over the film — a cure for #OscarsSoWhite, they likely thought — it emerged that as a college student Nate Parker was accused and acquitted of rape. Worse, the woman in question claimed Parker harassed her following the incident in an attempt at intimidation. And, in 2012, she killed herself, a victim of PTSD. 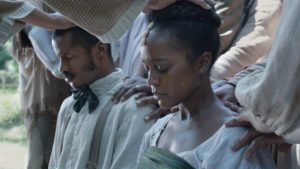 This not-at-all pretty story sank The Birth of a Nation and, so it would seem, Nate Parker. As eye-opening as Nat Turner’s story may be, and as much as we may want to tell and hear black American stories that buck tired stereotypes, no one wants to walk the red carpet with an accused rapist and harasser of victims.

Unless he’s the President of the United States, I guess. But that’s another sad story.

In truth, it’s a shame that Nate Parker’s personal/political history sunk The Birth of a Nation since the film is worth sinking wholly on its own merits.

The 1831 revolt that The Birth of a Nation covers will likely come as news to many. In the same way that the Warsaw Ghetto Uprising recast Holocaust Jews as warriors instead of victims, this true story recasts African-American slaves as powerful, brave, and proud people — smarter, kinder, and stronger than their weak-willed, cruel, and corrupt white ‘masters.’ The title of the film plays on this, using the same name as a historically significant D. W. Griffith silent film from 1915 — the first epic — about the Civil War and the birth of the positively-depicted Klu Klux Klan. 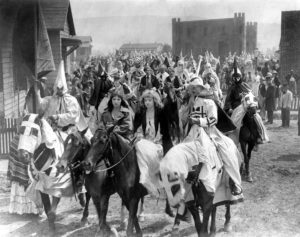 The first The Birth of a Nation

So. In your face KKK. Here’s REALLY how the nation was born, in rebellion, by those whom you would enslave.

But while the Dr/Mrs found Parker’s The Birth of a Nation thought-provoking, I did not. It had the gloss of something important, but not the substance.

From its start, the film is flat and inert. It is flat cinematically; its scenes revealing little texture or depth, so everything from costumes to locations appear fresh-scrubbed and fabricated. It is flat dramatically; with scenes following the general lines of desire and despair, but failing to pit characters’ wants against each other, so as to build tension or kindle spark. Its score is painted in primary colors, leaning heavily on choral pieces that inform you when to feel inspired, or downhearted, or afeared. 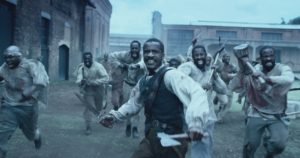 Nate Parker has a good story to tell, but he doesn’t have the chops to tell it. He doesn’t even seem to understand why he’s telling this story, other than it sounded like a good one. It focuses on Turner as a man of god who, feeling called, rises up. It does not have the self-awareness to question Turner’s choices, to address the complicated heart of rebellion in the face of certain defeat, or even to have Turner question himself in an Oscar-winning soliloquy.

The most it can manage is a coda in which one character graduates unto a new cycle of rebellion. The rest is hagiography and a leaden one, at that.

The Birth of a Nation is the sort of film one — politically — feels he or she should support but which, well, one doesn’t due to its unignorable flaws. In that way, it is a lot like Nate Parker himself.

It’s a shame. After watching the excellent I Am Not Your Negro, I felt primed to delve deeper into the history and reality of racism in the United States. After watching The Birth of a Nation, I still do.

One response on “The Birth of a Nation Is All Politics”