Movies are magical devices. You insert them into your eyeholes and they wiggle mysteriously around your brain, secreting various acids and generally acting like assholes. Loveable assholes, but still.

What else would show up in your think-parts with scant invitation and assume control over a large swath of fertile territory, like some bygone European king, or force its way through the door with effluent already leaking down its pant leg and a plastic bottle of stoat-infused vodka? The Supreme Being? Maybe. Maybe he would. 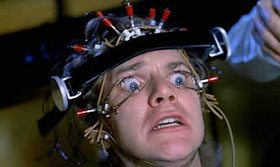 But we’ve learned to deal with that here at Stand By For Mind Control. We, as yet, have discovered no adequate defenses for movies, be they good or bad. We must watch them and take what comes.

So today we’re talking about the best and the worst movies of 2016. I have seen every single film released in 2016*, see, and using a complex series of sigils and unguents, isolated the holiest, most-scintillating best and the utter, most-despicable worst.

Let’s start with the best, shall we? 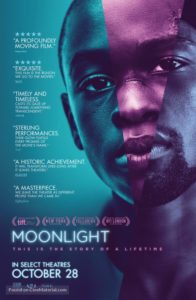 Or maybe it’s Boy and the World, or Hunt for the Wilderpeople or The Lobster? It could be. Possibly. Those were all good movies, too. But let’s say it’s Moonlight, because I just watched it last night, I need to write about something, and unlike most Best Picture Academy Award winners, Moonlight is not a treacly, craven, by-the-numbers piece of schmaltzy crap.

Moonlight genuinely transported me. It brought me out of myself and my world and delivered me into that which has been up til now incompletely understood.

And it did so beautifully; with elegance and tenderness for which I am grateful.

The greatest pieces of art share the subjective and personal in a way that extends that understanding. It allows us to see the world through other eyes, to understand other truths. Moonlight does this from start to finish, in image, in sound, in motion and flow.

You’ve probably heard of Moonlight as a film about a young, gay, African-American boy growing up poor in Miami. It sounds as if it’s a hard film about a hard life, full of drug abuse and violence and loss. All of this is accurate, but accurate in the same way you could describe Upstream Color as a holistic assessment of pig farming and horticulture. Or you could call 2001: A Space Odyssey a thriller about space travel and computer repair. 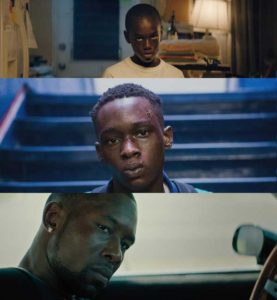 These films — including Moonlight — are about being human. All of the films I truly love are. (Or they’ve got really cool explosions in them or Michelle Monaghan’s nose, which renders me helpless.)

I have, at least since college, thought of myself as someone who was unfussed by where on the Kinsey scale a person placed themselves. And while that remains true, it wasn’t until I watched Moonlight that I beheld two men kissing on-screen and rejoiced in the pure beauty of it. Not aesthetic beauty — although the actors are lovely — or titillating beauty but the deep, soulful, necessary beauty of life and love. Moonlight made me relate so completely with its main character (who takes many names and is played by three actors) that where I normally would have watched objectively or impassively, I instead was there, with him, being kissed.

And my heart exploded, too, with his.

I felt every step of this boy’s struggle to be loved as if it were my own. And each step taken is powerfully portrayed, delicately described, and perfectly, shockingly sincere.

As has been recognized, Marhashala Ali is fantastic, but no more so than any of the other cast members, all of whom — young and old, professional or not — inhabit roles that might as well have been written by their mothers. Director Barry Jenkins imbues the film with texture and detail that wash in and out of focus, as memories do.

Moonlight is not a social drama one watches out of duty; it is a tale of perseverance and survival, like… well, like Upstream Color or 2001: A Space Odyssey. Only instead of being set in some science-fiction otherworld, it’s set in Miami, in the 1980s.

It is a film that takes a very little thing — just one intimate truth — and makes from that something resounding and real.

It is the exact opposite of…

The Legend of Tarzan 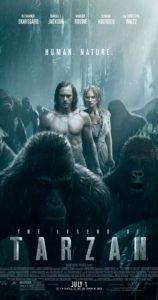 The Legend of Tarzan may be among the worst films I have ever seen and I have seen a lot of bad movies. I just watched The Last Witch Hunter this week, for example.

While many will point to films like The Room or Plan Nine From Outer Space as the worst films, those people are not right in the head. Those kinds of films are made by amateurs, for no money, with little technical or creative support, and so they reflect those conditions. Anyone who’s made even a student film understands that filmmaking is incredibly difficult to pull off at all, let alone to pull off well.

Still other people will point to films like Anaconda or Deep Blue Sea or (my favorite) The Core. Those people don’t appreciate how something can transcend bad to become great. They fail to realize the escapist power of the truly, inadvertently silly.

No, for a film to fully register as dreadful, it must have had every opportunity. It must suffer from affluenza without having pushed through the odd-shaped window into tabloid-level nutsy-cuckoo-ness. Like, say, Battlefield Earth does, a movie so utterly, inexplicably terrible in every single shot that I probably need to watch it again right now, because it’s that good / bad / good / bad. 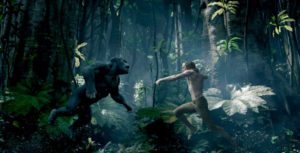 And then this happened.

But The Legend of Tarzan is the worst. It is such an unmitigated, lifeless, wretched, unredeemable, soulless flop that just remembering it makes me irritable. This is a film made for a boatload of cash, with a cast that includes women and men of talent: Christoph Waltz, Alexander Skarsgård, Margot Robie, Samuel L. Jackson, etc. Not one of them, not one member of the supporting cast, not one of the digitally-created creatures, or effects, or lines of dialogue, or even one of the ideas imperfectly translated to screen is worth your time — not even to mock.

The Legend of Tarzan made me long for Greystoke. At least that film had the courage to be a true fiasco. This one is like a counter sponge you should have thrown out last year, but which instead you left behind the toilet in the boys’ gym in case you get locked in over spring break and require something with which you can suffocate yourself. 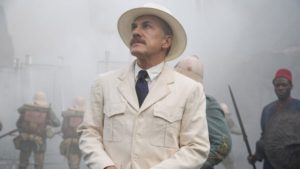 If this makes you think of Fitzcarraldo, think again.

Where Moonlight made me want to shower everyone I met with compassion, The Legend of Tarzan made me want to nuke the entire continent of Africa just to ensure there could not be a sequel. Which is unfair; one can hardly blame Africa.

The Legend of Tarzan is all Hollywood. I’m shocked it didn’t win Best Picture this year.

Maybe they mixed up the envelopes?