I had myself a wee little rant.

Supreme Being, a regular commenter Fellow Traveler, and I were talking about nerds, and superhero films, and Kickstarter and my brain just sort of exploded. Obviously, I feel strongly about what Kickstarter portends for filmmakers and cinephiles and, well, nerds.

So I will transform my ranty comment into a post for you to violently disagree with, or ignore, or cut out and paste to your bedroom wall next to your photo of Liam Neeson fighting wolves.

Any alternative to Hollywood funding is a seismic shift that couldn’t be more welcome. Sure. Currently, Kickstart is a lot of hipsters funding stuff that sounds cool to them, but what’s to stop, say, artists like our friend Jacob Bricca from using Kickstarter to finish his documentary Tatanka (which he did), or people like our own Supreme Being from making another film with crowdfunding? I hear a lot of grumbling that people don’t like Zach Braff or Kristen Bell. To this I say, “Waa waa waaa.” That’s like following Moses across the Red Sea and complaining about the mud on your shoes. Would your opinion of Kickstarter change if Don Coscarelli funded his next film using the site? How would that be any different from Zach Braff using it? 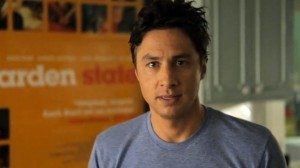 Speaking of which, Zach Braff made a totally decent film with some personality the first time out. Now he wants to (can) make another without sucking Hollywood dick; Great for him. Garden State was a massive success and it was an original story with no superheros or fighting robots. I enjoyed it. Kristen Bell’s show has so many fans that they can crowdfund a feature? Even better. I never watched her show, but I wish her well. I wish some of my favorite cancelled shows had done the same. I’m certainly not upset that Arrested Development is coming back to life on Netflix, and that’s just another type of alternative funding (albeit less alternative).

And yes, the studios/networks should have funded both these films in the way the artists envisioned, but they didn’t/wouldn’t, which means exactly one thing: they didn’t see the profit in it. There are goals to filmmaking beyond giant profits. Kickstarter is an avenue to pursuing those goals.

To people who complain that Kickstarter asks people to give away money instead of investing it, I respond: so what? How is that any different from pre-buying a movie ticket? Essentially, with Kickstarter, our investment is in producing material we think we’ll enjoy and appreciate. I didn’t spend a dime to get The Third Man made but that one is still paying off for me. While executive producer level investors may need to see profit from their large investments, expecting to share profits when you put in $20, $100, or $1,000 isn’t reasonable. That level of investment only demands aesthetic profits in return. 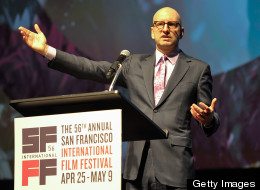 It’s damn near impossible to make a good, small film and bring it to market these days. Soderbergh—SODERBERGH—just lamented that fact on stage as he prepares to hang up his damn hat. That makes the problem pretty critical at this stage, right? Well, what are we going to do about it? How about Kickstarter?

There is absolutely no way in which Kickstarter does anything but help the independent artist. It is a crack in the Hollywood wall, just like internet distribution, and high quality consumer video cameras. Let’s get our crowbar in there and put all of our weight against it, even if you thought Veronica Mars wasn’t worth your time.

I’ve heard Braff disparaged as a slacker for going on Kickstarter instead of self-funding his second feature. I think that’s crazy. How much money does the guy have? He isn’t Howard Hughes. Why should anyone prove their cred by risking their entire livelihood to make a film? Making and distributing a film costs 10s of millions if you want a slot in a multiplex—which is where most Americans see/hear of films still. Braff isn’t a wimp for using Kickstarter; he’s smart.

Let’s remember: the studios aren’t lining up to fund his film or Bell’s. Why? They don’t think they can make an obscene profit on it. Maybe Braff thinks they’re wrong. Or maybe he just knows he can make do with less overhead and less profit. Either way; Kickstarter. 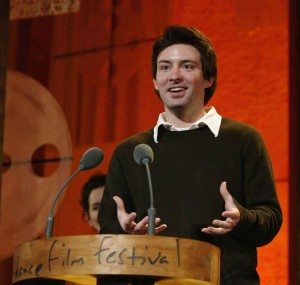 Take Upstream Color. How is that film making it? Carruth is practically carrying the print around the country himself. AND IT IS GENIUS. How many of you saw it in the theaters? Who streamed it?—it’s available right now! Who bought the Blu-ray or DVD? If you don’t, Carruth doesn’t see a nickel for his investment of time, money, and probably a decent sized chunk of his damn soul.

Carruth deserves to make a profit so he can make more films. If he had made Upstream Color using Kickstarter, he might already be halfway done with the next one instead of working to get this one into the black. And I’d pitch in on any Kickstarter he had — not so I could get some perk, but because we, the people, need to be the new patrons of the arts. It’s exactly the reverse of what it has been like for most of human history. For aeons, pharaohs enslaved the people and forced them build monuments called Transformers 6 and Stargate. Well, the king is dead. Government can’t afford to shell out for arts any more, the church is too busy preaching against condoms, companies are the devil incarnate, and slavery is out of style. If people who are doing well can afford to toss $100, or $20, or whatever towards something they think deserves to get made and they want to see?

The Red Sea has split and we are walking across it on dry land. A little mud on your shoes won’t kill you—but don’t look back: the pharaoh’s army is on your damn heels and he wants you to buy tickets to Will Smith’s Wild Bunch remake.