In light of what I’ve been saying lately about movie marketing and why it matters, I bring your attention to this newly released trailer for Steve McQueen‘s 12 Years a Slave.

While I’ve yet to see McQueen’s second feature, Shame, I did see and love Hunger. This looks nothing like either film. 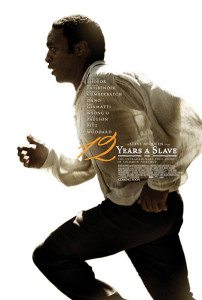 This trailer looks like your typical Hollywood Oscar bait. It’s advertising a film with a strong cast of well-known actors, a dramatically swelling score, and a depressingly familiar tale of freedom won. Is that what we’re going to get? Will 12 Years a Slave be Amistad or Glory come back around to make us forget how rotten things remain for those with a wealth of pigment?

Somehow I doubt it. Hunger had a wholly alternative sensibility. It was a film that loped at its own pace. From what I understand, Shame swam in the same kettle of fish.

So what information can we glean from this trailer? First off, consider the thought process behind the film’s title. Is it even possible to spoil a film that tells you what happens in the end right on the poster? Like with Hunger, this can’t be a film that tempts you with surprise. At a basic level, we know that McQueen is not gaming us with emotional manipulation. A more honest title may not exist.

That’s a good sign. It means McQueen knows his story is compelling without any cheap twists or tear jerking. I see the film’s title and read it as a signifier that this film will be more about those that watch it than about its characters.

Was Hunger about Bobby Sands or was it about what it means to be human and free? Everyone who watched that one knew how it ended — with the death of Sands by starvation. Knowing what is coming liberates you to compare yourself to the characters in a deeper fashion. Your brain isn’t committed to guessing what comes next; it’s empathizing. 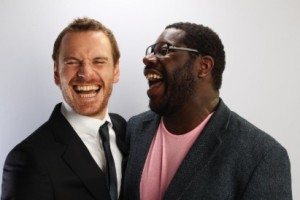 From the get-go, we know that Solomon Northrup, played by Chiwetel Ejiofor, will be enslaved and — 12 years later — regain his freedom. I’d like to believe that just as certainly Steve McQueen will present us with the same flavor of film with which he’s previously won almost universal acclaim: a film that strips away convention to more closely entwine his audience with what appears on the screen.

In a strange way, I feel about this film’s trailer the same way as I did about Pacific Rim‘s. I see this and think, “What I want to see is not here.” Still, I know this director and have some expectation that he will deliver what I know makes for an excellent film. With Pacific Rim, a piece of blockbuster summer entertainment with a commensurate budget, I ended up disappointed and unsurprised.

I have considerably more hope here. I see in this trailer what I presume are snippets of the most dramatic scenes in the picture. If this is a film at all like Steve McQueen’s previous work, the rest of the film will be insidiously atmospheric. It might just be my wishful thinking, but I suspect audiences will be as surprised and as disappointed by this as I was with Pacific Rim.

They’ll expect Amistad and get Hunger. And I’ll be thrilled.

I guess we’ll find out when it opens.

And then we’ll probably remember Django Unchained and scratch our heads and wonder what the hell Tarantino thought he was doing making a film about slavery as if he had some deep wisdom to share with us.