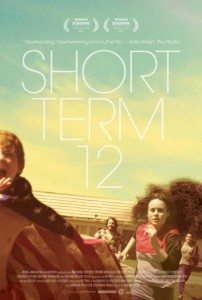 I lost track of how many times I cried watching Destin Daniel Cretton’s Short Term 12. I’d heard good things—it won both the Grand Jury Narrative Feature Award and the Narrative Audience Award at SXSW—but I hear a lot of good things.

This one—Short Term 12—is a good thing to hear about but a better thing to experience for yourself. It is an open vein of emotion. You watch it and feel your empathy and frustration and adoration overflow so that they stain your skin. It wasn’t until the film had been over for a couple of hours that the last waves of catharsis passed and let me up for a full breath.

Many of you will read that and think, “Oh, a tear-jerker.” Or that this is a manipulative, heartstring-yanking tug of war in the grand Spielbergian style. It is not. This one, Short Term 12, is a good thing. 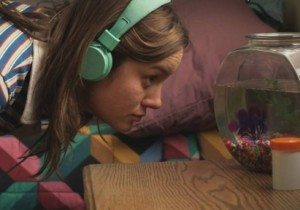 Brie Larson stars as Grace, the supervisor of a foster care home for at-risk youth. She has a boyfriend, Mason (John Gallagher Jr.), who lives and works with her. Grace deals with the teens and tweens she is responsible for, and interacts with the rest of the staff and her boss. I would tell you that they are a colorful group of characters but that would be a lie.

They are colorful, but they are not characters. Only at the start of the film’s 97 minutes did it occur to me that anyone on screen was a character being portrayed by an actor. Then, I struggled to recognize Brie Larson as I had conflated her with Alison Brie. Quickly those thoughts about roles and parts and dramatic arcs were abandoned. Instead I spent time with real people dealing with authentic emotional trauma. These were not people acting movie-crazy, or movie-disturbed. They were people I recognized and remembered and cried over. Alison Brie is unbelievably good. Tough and raw and present in a swirling storm of authenticity. 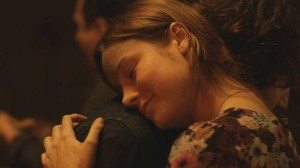 As a piece of storytelling, it is almost completely free of cliché and easy answers and dramatic falsehoods. There are so few off notes that mentioning them would be petty.

I’ve seen more brilliant films in my life, and in this year, but I’ve seen few films that made me want to struggle harder to be more alive. To suck more life—even the pain and fury—out of every day. In that way, it is like Upstream Color, but with that film’s veneer of mystery swapped for non-optional, daily mood and level assessments.

Most films like this star some glamorous actress who overcomes her abuse / addiction / trauma to return to her stolen life as a beautiful swan. There is the character who learns something profound and who changes his or her world for the better. Those stories are nice. They make you feel good and win Oscars.

Those stories are also bullshit. I’m talking to you Silver Linings Playbook; in which a dance contest cures manic depression and they all live happily ever after. That’s a happy ending that is as believable as fairy godmothers and world peace. A film such as that can’t teach you anything about life except that people will buy and sell almost anything.

Short Term 12’s lessons, such as they exist, are all too easy to believe. Here they are as I see them: 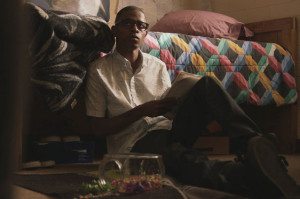 Short Term 12 sometimes looks amazing, but mostly it just looks like life, albeit a frequently handheld one—an affectation that has lost its novelty and effect for me. Brett Pawlak’s cinematography and Cretton’s direction manage to pick out simple, recognizable realities that speak significantly more clearly than symbolism or melodrama. There is the inflatable doll made for pummeling. There is the featureless cinderblock wall that is yours to love. Here is our ratty couch.

In Short Term 12, there is no Randle P. McMurphy to stand in for your wild yearning; no Nurse Ratched to remind you of the dominating hand of society. There is just us folks. It is unbelievable and all too believable how hard lives such as these can be. Normal lives and what we must accept as normal lives these days.

Of particular noteworthiness is the performance of Keith Stanfield as Marcus—plus the fact that he wrote the rap he performs in this, his first feature role. Hopefully we will see him and the rest of this trustworthy cast in more films as honest as Short Term 12.

So, after you watch the penultimate episode of Breaking Bad tonight, and need something to make your cranial orifices feel a bit less filthy: Short Term 12. You could probably use a good cry.

2 responses on “Short Term 12 Cleans Out Your Mind Holes”